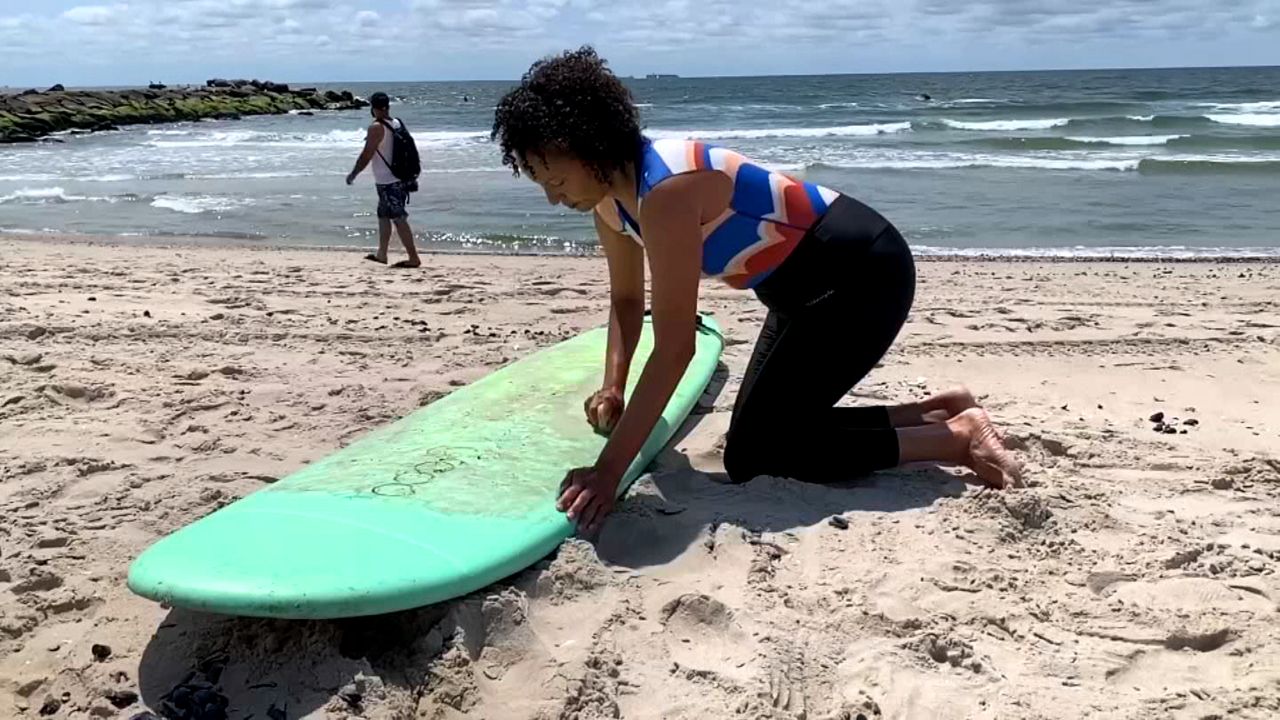 Scoops to Surf: How a Journalist Rode the Wave to a New Way of Life in Rockaway Beach

She was newly divorced and on a reporting assignment in Montauk for the New York Times, where she then worked, when she visited a surfing beach for the first time.

“I was just stunned by what I saw. These very small, mellow waves. These beautiful graceful people. At ease on their longboards, just looking so graceful and free and I thought that’s surfing,” Cardwell said.

That visit, she says, changed the trajectory of her life. A transformation she chronicles in a new memoir, "Rockaway: Surfing Headlong into a New Life."

Ten years ago, Cardwell started taking the A Train out to Rockaway Beach for weekly surf lessons. Eventually, she decided to leave Brooklyn and make the peninsula her home, buying a cottage here.

“I found this incredible community of just people who were committed to finding joy in their lives, which was something I really needed a lot of at the time,” said Cardwell.

A community she found strength in — especially after Hurricane Sandy hit in 2012. Cardwell escaped the flooding in her home and was rescued by neighbors. She calls it the most terrifying experience of her life.

“But that kind of proved to be the beginning of what I saw afterwards, which was just how people really banded to help each other out,” Cardwell said.

Cardwell built up her strength with the support of the surfing community. And was not afraid to fail publicly. Rockaway Beach is a notoriously difficult place to surf. While Cardwell loves the sport, she admits, she was by no means a natural.

“I was really bad at surfing. And yet, I pursued it anyway. And that I think it something a lot of people can relate to,” Cardwell said.

Cardwell hopes her story of creating a new life in this urban oasis resonates with readers.

“It’s never too late to try to be happy,” said Cardwell. "I was extensively successful but I had this nagging feeling of dissatisfaction around the edges by starting to pursue something that you love, you will step-by-step find a way towards greater happiness.”