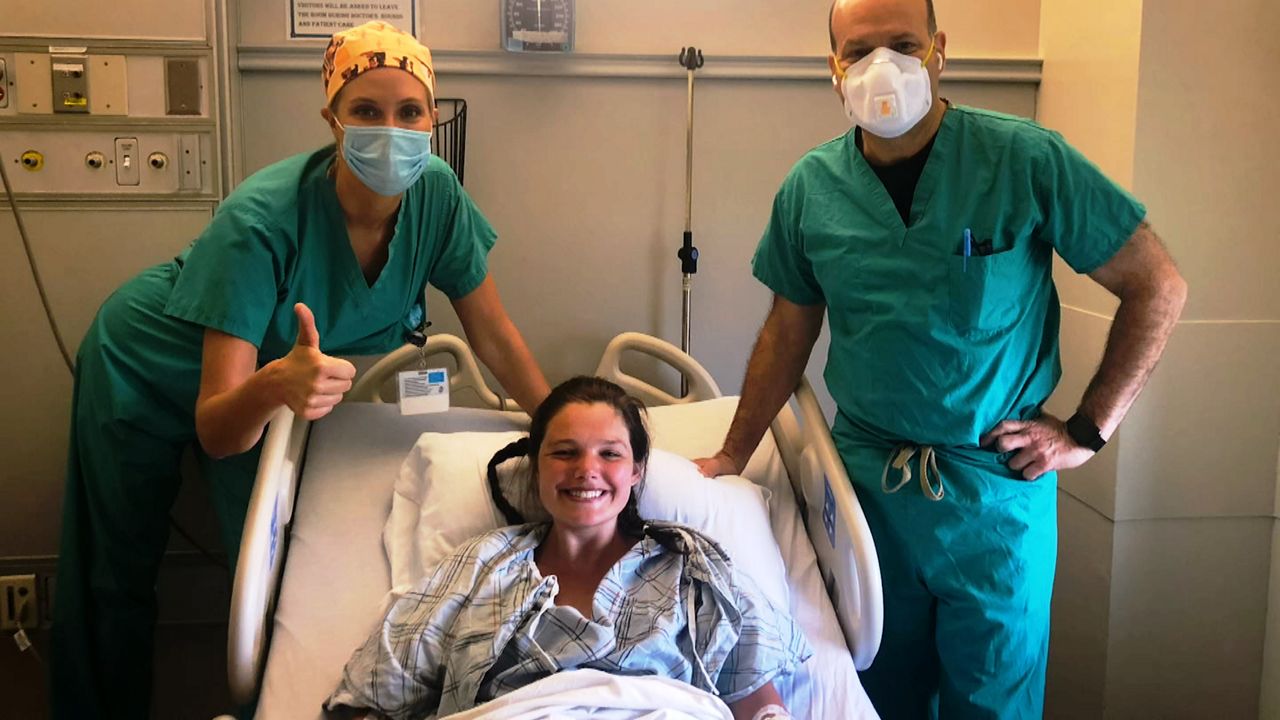 Wrap Your Brain Around This: Telehealth Is Transforming Neurosurgery

An athlete, Katelyn Bloss, 20, had always been in good health. When she began suffering migraines as a teenager, she thought they were from concussions she had while playing soccer competitively.

Bloss was at college in Connecticut in March when she felt another migraine coming on. But this time, it was the start of a three minute seizure.

“I remember looking at myself in the reflection and I couldn’t see myself back; my entire vision was gone,” Bloss recalled.

A CAT scan and MRI revealed a Cavernoma — a cluster of abnormal blood vessels in the brain that can cause headaches and seizures. Bloss was prescribed anti-seizure medication and recovered at home as her family quarantined. Still, her headaches and nausea worsened.

“It was really awful, the wait-and-see approach wasn’t an option for me anymore,” Bloss said.

In May, Bloss got a telehealth appointment with Dr. Joshua Bederson at Mount Sinai Health Systems. He laid out her options. Bloss said she wanted the Cavernoma removed.

“It became clear right off the bat that Katelyn and her mom, they were both sitting on the couch, how comfortable it felt, able to look them in the eye and see a facial expression as you described in real time what an operation would look like,” explained Bederson.

With a pandemic raging, doctors in the city were avoiding in-person meetings with patients whenever possible, to prevent the coronavirus spreading.

Bederson and his surgical team used telehealth appointments to meet with Bloss, review her MRI and CAT scans with her, and discuss the operation. They also developed a virtual simulation of her skull and brain, to practice for the surgery.

The doctor met with Bloss in-person for the first time June 2, the day of the operation.

Bederson said, if it weren’t for the pandemic, he would have insisted on an in-person meeting before the surgery.

“That’s been my practice for my whole career and every other neurosurgeon,” he said.

“That just speaks volumes about telehealth. It doesn’t matter if you’re behind a screen, you can feel like you know a person, too,” said Bloss.

Five weeks later, Bloss has not suffered one headache or seizure. Bederson said the experience shows the value and potential reach of telemedicine, which has become more accepted by doctors and patients because of the pandemic.

“I think it opens up the opportunities for patients to broaden their reach in the type of consultations they can obtain and expertise they can reach, no matter where they are,” said Bederson.

Bloss said the surgery restored her life and the experience is making her a better student in her major, pre-occupational therapy.

“Even when I was diagnosed and we were doing remote learning from home, I was like, oh my god, we’re talking about the occipital lobe! That’s where my lesion is!”