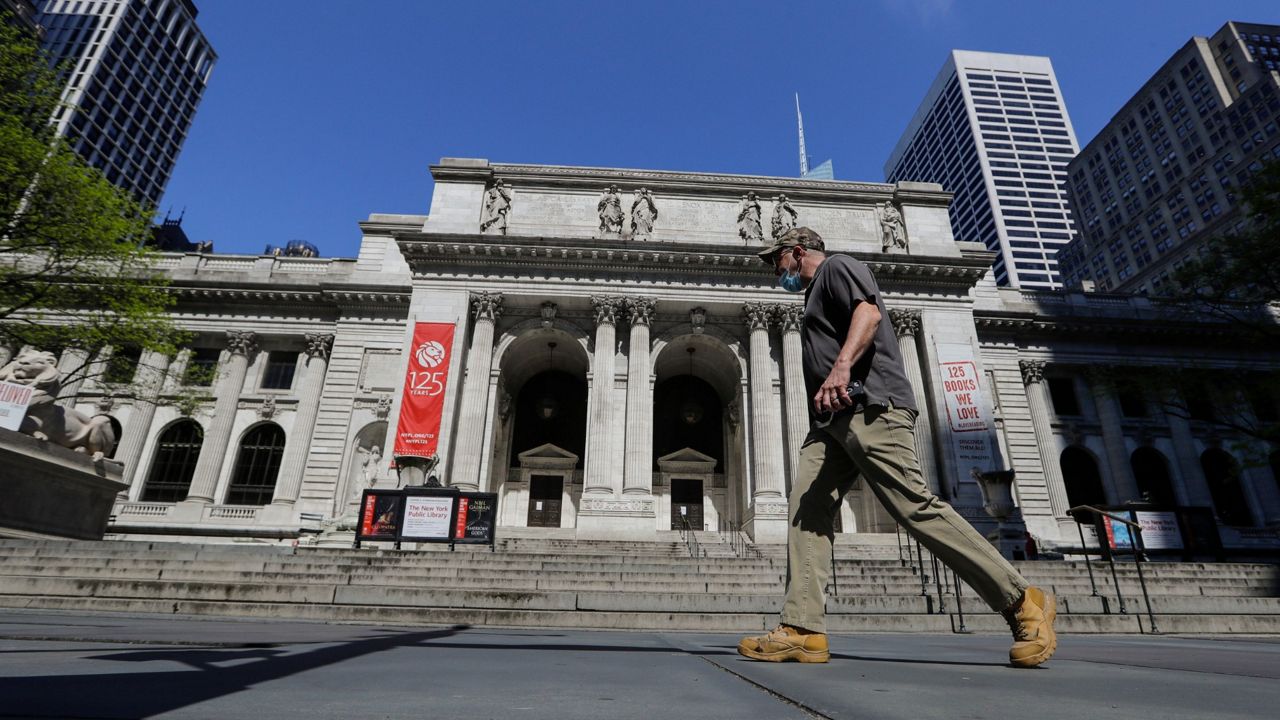 Nearly a dozen people were waiting outside the Todt Hill Library Monday, eagerly awaiting its doors to open for the first time since March 13.

Evelyn Parra was first in line.

“It was hard, because I really missed it,” said Parra. “When I heard they were opening today, you might as well have told me I won the lottery.”

Library patrons will notice plenty of changes, though.

For instance, browsing the stacks is no longer possible; instead, one must pick up a book by requesting it online or over the phone.

In addition, every book returned will be kept out of circulation for 72 hours in order to make sure that, if is contaminated, the virus will die before it’s checked out again.

Computer terminals in the branches are now off limits, too.

The Todt Hill Library is Staten Island’s busiest branch, and most of it is closed to the public.

“We’re doing a lot of programming virtually as best we can, so if you wanna check that stuff out it’s on NYPL.ORG.”

For now, just two of the 13 public libraries are reopening on Staten Island, and they come with modified schedules and limits to the amount of people allowed in at one time.

It’s the same story at Brooklyn’s largest branch at Grand Army Plaza where Michelle Julien happily returned the 25 books she’d been holding on to since March.

“I think I could have read anywhere from 35 to 50 books; I wasn’t keeping count,” Julien told NY1. “But then I took a break because there’s a difference where you pick up a book because you want to read as opposed to being forced to read because you have nothing else to do.”

Inside Brooklyn’s colossal library, just a small waiting area is accessible to visitors. Books sit patiently on shelves, waiting for library members who have placed them on hold, some of which date back to before the pandemic.

Even with the limited hours and locations — and the new protocols — there has been a lot of anticipation for these re-openings.

“I think that people are hungry for live programming,” said Linda Johnson, the CEO of the Brooklyn public library. “Virtual stuff has been extraordinarily creative. But at a point it’s really nice to come and see something live.”

It is not yet clear when all the branches of the city’s three library systems will fully reopen. Many believe that won’t happen until the new year.

But if you've been hanging on to overdue library books since the libraries closed, do not worry: Fines will not be charged for the foreseeable future.