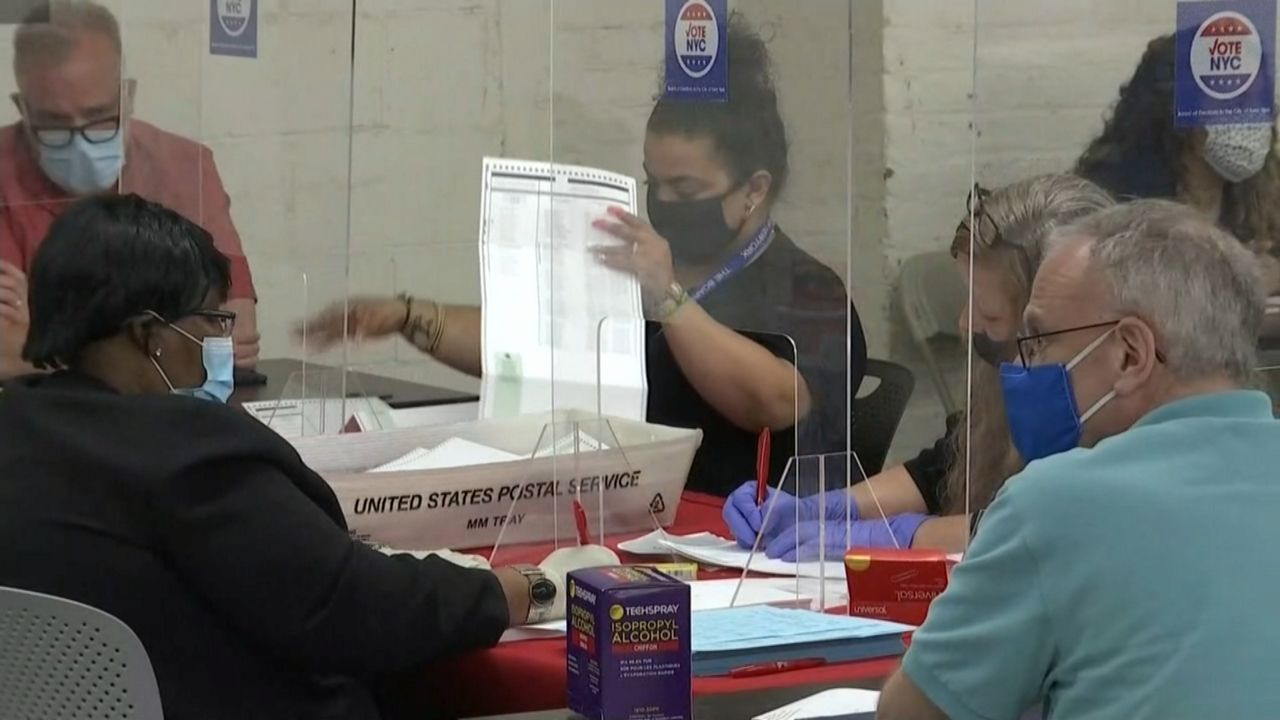 Candidates awaiting the results of the city’s slow-moving count of absentee votes are readying for legal battles over every last ballot.

Across levels of government, incumbents and challengers have filed court petitions preserving their rights to contest canvass results.

The motions are a matter of routine.

But they may be handier than usual in an election cycle with so many races dependent on paper-ballot tallies.

But about 65,700 absentee ballots have been returned in their district.

Both Maloney and Patel have filed the preemptive lawsuits.

Patel’s petition calls for him to be able to, quote, correct any errors in the canvass of returns of the subject election.

In the Bronx and Westchester, Congressman Eliot Engel trails challenger Jamaal Bowman by 23 percentage points or more than 10,000 in-person votes.

There are 40,000 absentee ballots returned in their district.

Engel has a petition calling for ballots being protested to be preserved for court review.

Bowman, notably, did not make a similar legal motion.

And the deadline to file one has passed.

His campaign said early indicators from the paper-ballot count in the Bronx reflect Election Day results.