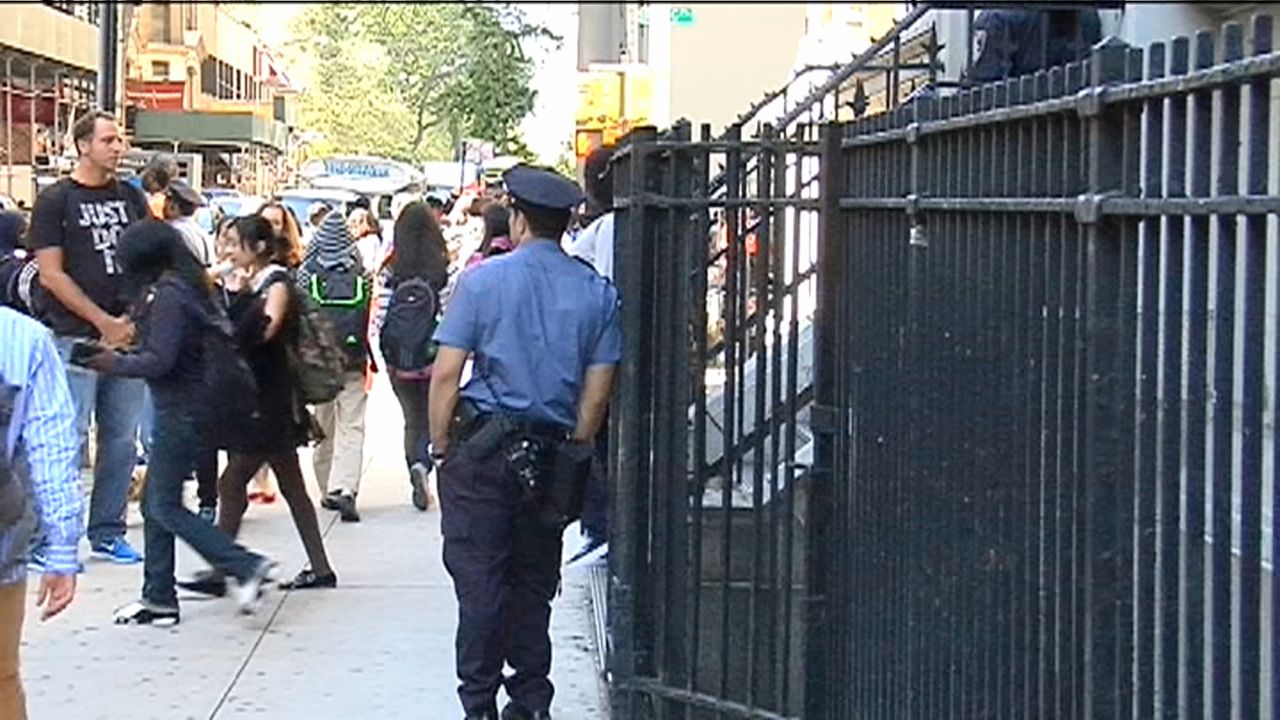 One of the most contentious aspects of the new city budget, moving all 5,500 school safety agents from the NYPD to the Education Department, will take two years and the creation of task force to complete.

"The fact is the transition of something as large as school safety is not going to happen overnight,” Mayor de Blasio told NY1 this week.

The city said the task force will help determine the new roles of the school safety agents, who are unarmed. But advocates are frustrated. Some of them already served on a task force that renegotiated the contract between the DOE and NYPD just a year ago.

"I think the mayor’s budget deal is really more about checking a box than about really doing something that’s going to improve lives for kids,” saidJohanna Miller, director of the Education Policy Center and the New York Civil Liberties Union. “As far as I know, he hasn’t reached out to any of us to see what our ideas are.”

In moving the school officers to the DOE, the city is joining a growing list of communities reducing the presence of police in schools after the death of George Floyd.

The officers were put under the NYPD in 1998 in response to violence in the schools and corruption in the School Safety Division, then under the Board of Education.

Proponents of returning them to the DOE point to statistics showing Black and Hispanic students are disproportionately arrested, handcuffed or given summonses at school.

Some advocates wanted the positions removed altogether, with funding instead going to social workers. Councilman Mark Treyger, who chairs the education committee, wants the agents to keep their jobs, but undergo what he called a “just transition” to become DOE employees better integrated into their schools. He said getting there will take time and input. And he blamed the mayor for the conversation not being further along.

Treyger said while he supports the task force, the two-year timeline seems too long and he said he hasn’t gotten answers on what, if anything, will change in the meantime.

"One of the things I think they could immediately do is they could work on removing their handcuffs and removing their arrest power,” Treyger said. “I am told that that’s a conversation, but that also might impact their labor agreement.”

Mayor de Blasio told NY1 the agents will get DOE training in areas like restorative justice.

But more major changes — like the ones Treyger mentioned — would likely require negotiations with the union representing school safety agents, Teamsters Local 237.

Those negotiations may not be easy. Union president, Gregory Floyd, has opposed the plan to move his members to the Education Department, and says it’s up to elected officials to figure out a way forward.

“I don’t have to figure out anything, because this is not my problem. This is their problem. I’m going to wait and listen to see how they're going to navigate these choppy waters that they find themselves in. And do I offer any assistance to them? No, absolutely not. They created this problem, they’re going to have to fix it,” Floyd said.

In the days since the budget has been passed, Floyd has ripped City Council Speaker Corey Johnson, saying the speaker cut him and his members out of the talks about their future. Floyd noted his members were 90 percent non-white and 70 percent women.

“If I was a white labor leader with a white membership would he have spoken to us? And the answer is yes,” Floyd said.

Floyd went on to accuse Johnson of “governing by social media,” and said he’d given him a nickname: “Tweetie Bird Johnson.”

Asked to respond to Floyd’s comments, a spokesman for Johnson, who is white, did not address Floyd’s concerns about being shut out of talks, but sent a statement from City Councilman Donovan Richards who, like Floyd, is black.

“This is a terrible attack on Corey. We want to listen to communities most affected by over policing,” Richards said. “That means communities like mine and other ones that have been hurt for decades. We want to eliminate the school to prison pipeline, and that is what we are fighting for.”

Floyd argued the Education Department is not equipped to effectively manage school safety.

"Can the Department of Education supervise, screen process, hire and do all the things necessary for our schools as far as security? And the answer is no,” Floyd said.

If the city simply wanted officers to get more training, that could have been handled without moving the officers, he said.

"At this point they created a big mess, they’re not going to make anybody happy."

It’s a mess that the city is giving itself two years to sort out.