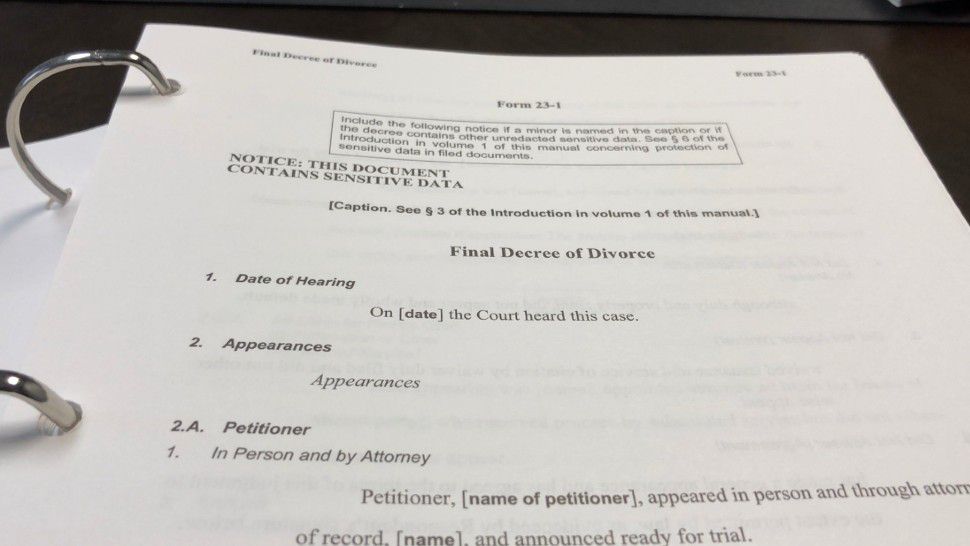 Has the Coronavirus Pandemic Created a Spike in Divorces?

Dr. Sanam Hafeez has offices in the city, and she's been hearing the word "divorce" more and more over the last couple of weeks.

"They just couldn't sweep some of this under the rug anymore," she told NY1, referring to her clients unable to blow off steam during lockdowns by going to work, seeing friends, or just getting out for some space and air.

As a neuropsychologist, Dr. Hafeez said some of her clients may have known that something at the core of their marriage was off. But with the panic of COVID-19 settling in, those concerns could no longer swept aside. They ended up struggling with a major realization during the pandemic — that what was wrong in their marriage before coronavirus only worsened during months of lockdowns.

“There's definitely been an uptick,” said Dr. Hafeez. “I’ve had inquiries ranging from, ‘Do you do marriage counseling?' to, 'I had my husband arrested for abuse' to, 'I'd like to bring my children in for a custody evaluation because I'm going to file for a divorce.’”

Family lawyer Josh Katz, who also co-chairs the Family Law Committee of the Queens County Bar Association, said he began getting more divorce inquiries a couple of months ago.

“Being locked up in quarantine, in close quarters, with someone you don’t like as much as you did when you decided to get married, I think has been a pressure cooker," said Katz.

Lina Guillen, a lawyer and editor for Nolo.com, says her article on child custody and visitation issues during the pandemic garnered thousands of views. Guillen also says traffic to Nolo and its sister sites, DivorceNet.com and Lawyers.com,  increased by hundreds of thousands of hits as the pandemic developed. Searches for information on divorce on these sites went up 32 percent from March to May, compared to a 6 percent decline during the same period last year.

Searches for information about divorcing in New York were up 30 percent.

As for finding a divorce lawyer during the same months, across the country there was a 27 percent increase in lawyer referrals this spring. Compare that to an 11 percent decrease during the same period in 2019.

The busiest time for traffic on these sites for divorce content usually is January, right after the holidays.

New York courts began allowing e-filing a divorce proceeding for the first time some weeks ago.

It means a summons for a divorce can be uploaded to a court website, a fee paid online, and a file or index number given so that the summons can be delivered. Whether that makes it easier to file for divorce, or increases the number of filings, remains to be seen.