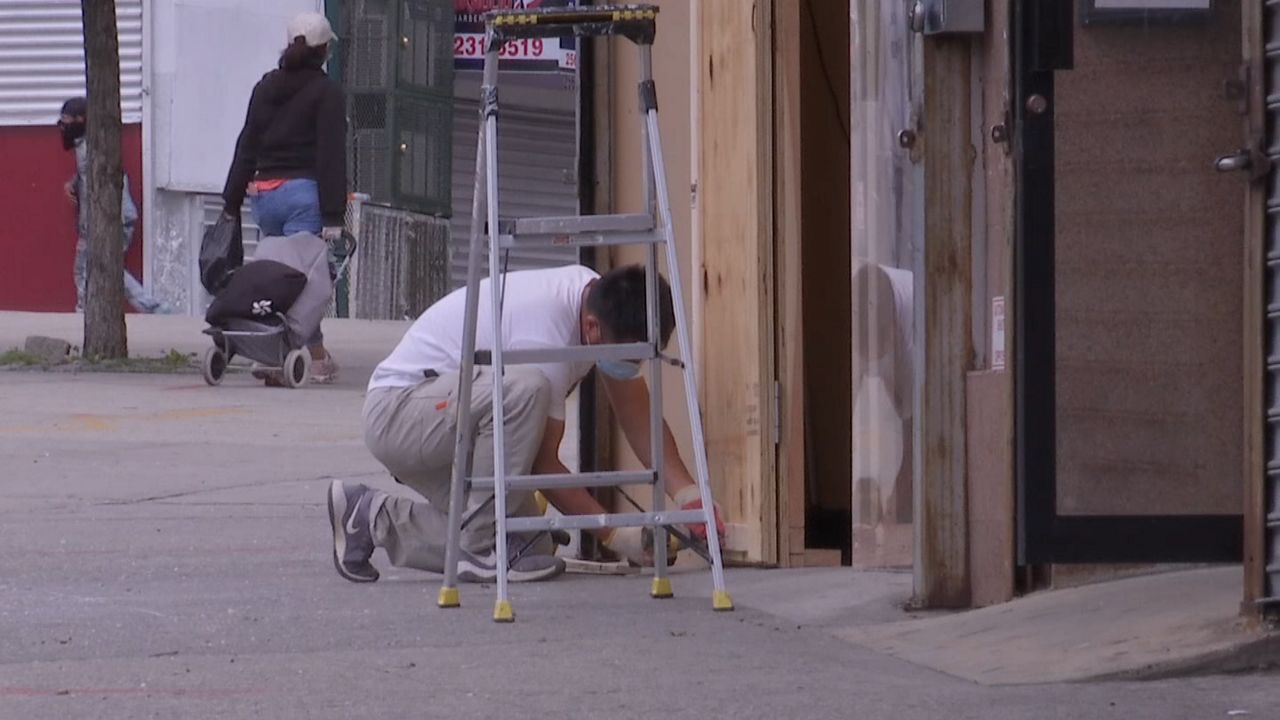 The Alico Pharmacy on Jerome Avenue was all but turned upside down when looters ransacked the small family-owned business the night of June 1.

They helped themselves to everything on the shelves, rushed into the storage room and tried to slam open the cash register. It was all caught on surveillance cameras. It’s one of several stores in the Burnside and Fordham neighborhoods of the Bronx that were plundered. Similar scenes played out in other parts of the city, too.

"We saw attacks on communities in the Bronx and in Manhattan — just pure vandalism, criminality, only for personal gain, not for any cause,” said Mayor De Blasio. “We will help them. Those small business owners, who scratched and saved and built a small business, so many of them are immigrants living the American dream.”

The Mayor announced that the Mayor’s fund received a $500,000 donation from Somos Community Care to help affected businesses.

Somos is a non-profit health-care network that serves some of the city's most vulnerable communities, many of which have also been hit hard by the coronavirus.

Somos doctors have been leading an effort to provide free COVID-19 testing in those neighborhoods. Dr. Ramon Tallaj says it was an easy switch to go from responding to the health crisis to helping these devastated businesses.

“The disparity was there. It got even worse with the pandemic,” said Somos founder and chairman Dr. Ramon Tallaj. “Now with the looters that happened, what do we have? We want to put our piece in and we invite our fellow New Yorkers to do the same.”

The money will provide grants of up to $10,000 to affected businesses, first in the Bronx and then citywide. The city and Somos are hoping other donors step forward, too.

Businesses will also get legal assistance and aid in filing insurance claims, to help cover their losses. The city said it’s working with community leaders to ensure the businesses that need the support the most, get it.