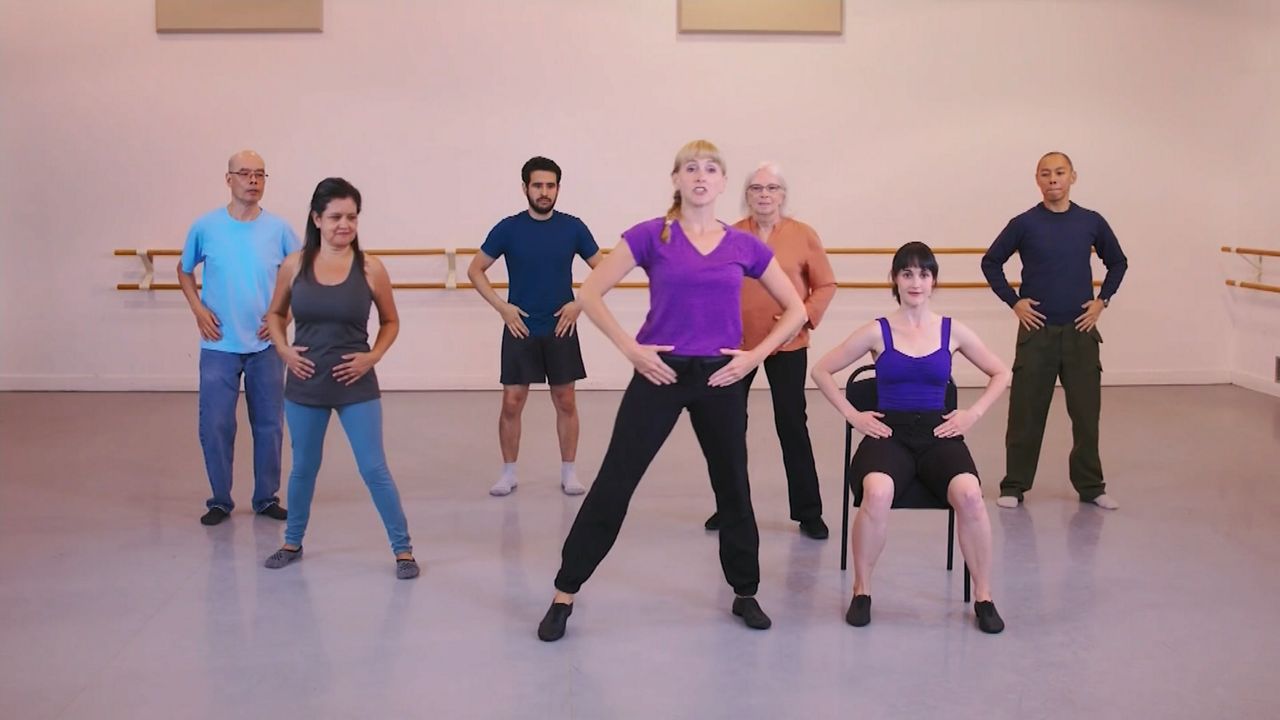 Retired Brooklynite, Nancy Petaja has Parkinson’s Disease and a miraculous but temporary remedy for it. Soon after Petaja was diagnosed with Parkinson’s eight years ago, she discovered a free program at the Mark Morris Dance Center in Brooklyn for people with the disease. It's called Dance for PD.

There were concerns the program would stop because of the coronavirus. But it continues with Director David Leventhal leading the class virtually. Medical researches don’t know exactly why it works.

”There's a hypothesis that because dance is that such a mindful conscious activity that connects mind to body, it detours around the automatic parts of the brain that are often affected by Parkinson's disease. Activities like walking are things we normally don't think about, in Parkinson's it's those activities that become more difficult,” Leventhal explained.

“The one thing we never even expected when this thing took off was getting worldwide people attending the dance classes. They call from Australia and New Zealand and England and South America, they're all zooming in,” Peteja said.

From his Murray Hill apartment, Mark Morris continues to choreograph and launch new works for his professional dance company.  He remembers what a completely novel idea Dance for PD was when The Brooklyn Parkinson Group suggested it years ago.

“As soon as we opened the studios in Fort Greene we were approached by this organization just looking for movement classes. It’s become an enormous operation worldwide,” Morris told us. Dance for PD has trained more than 2,000 teachers globally.  About 8,000 people have participated.  And while the Brooklyn location reaches about 1,000 New Yorkers with zoom, thousands more are joining in. Numerous medical studies have documented the benefit of this program but Petaja knows firsthand.

“It really has made my life completely turned around from really being isolated and rather depressed. When I went to the first dance class I took, I never missed another dance class after that,” said Petaja.

And she still doesn't.