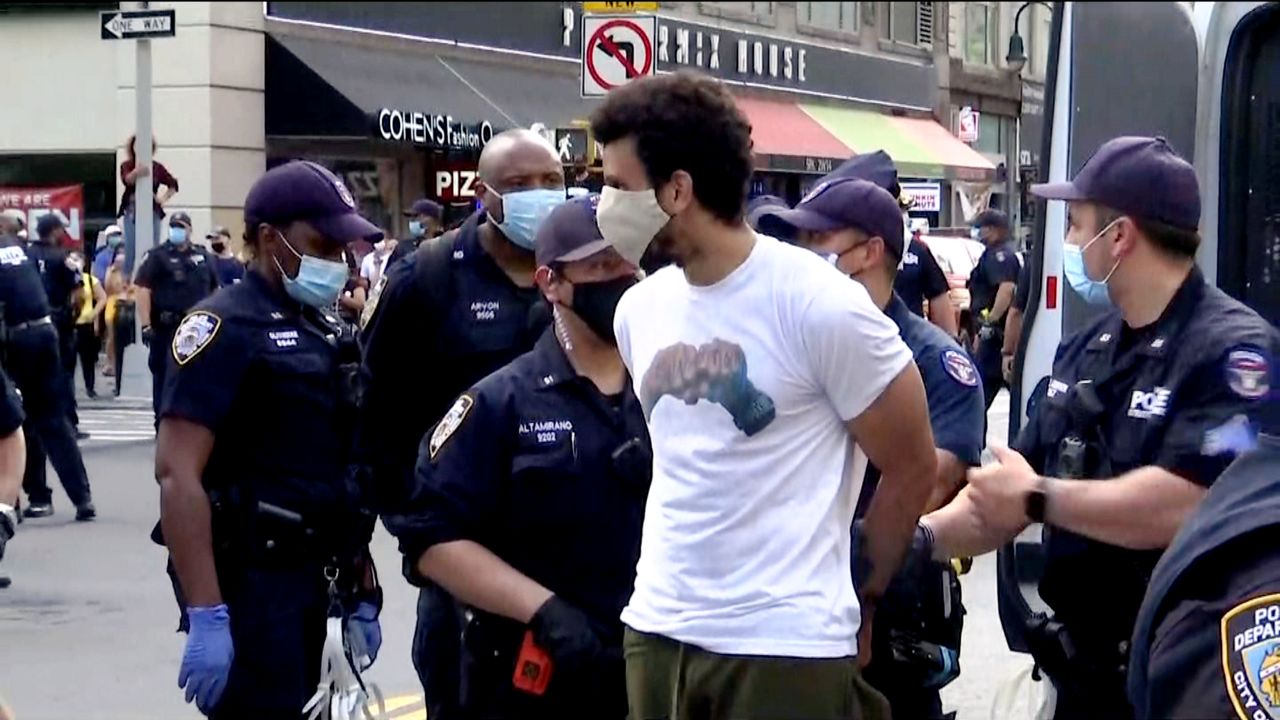 Dozens Arrested at Manhattan Protest Over Death of George Floyd

NEW YORK - Dozens of protesters were arrested Thursday evening after they clashed with police at a rally in Manhattan against the death of George Floyd and instances of police brutality.

Police officials said one officer was hit over the head with a garbage can, while another was punched in the chest. One protester took a gun from an officer's holster, and another took out a switchblade, according to the NYPD.

The NYPD says upwards of 70 protesters were arrested.

About 150 protesters also marched on the steps of the Tweed Courthouse as part of their demonstrations.

"We gotta do this for us, man, because if we don't, who is?" one protester told NY1. Floyd died in Minneapolis on Monday after a white police officer pinned him to the ground during an arrest for an alleged case of fraud. The officer was seen kneeling on Floyd's neck with his knee for several minutes.

"Please, I can't breathe," Floyd, 46, was heard saying on cellphone video, echoing what Eric Garner said before he died after he was placed in a police chokehold on Staten Island six years ago.

What we saw in Minnesota was deeply disturbing. It was wrong.

We must take a stand and address it.

We must come together, condemn these actions and reinforce who we are as members of the NYPD.

This is not acceptable ANYWHERE.

"What we saw in Minnesota was deeply disturbing. It was wrong," Shea tweeted on Thursday. "This is not acceptable ANYWHERE."

Protests against Floyd's death and police brutality have broken out across the United States over the past two days. Looting has been seen in Minneapolis after protests Wednesday.

More protests are scheduled to take place in New York City throughout this weekend, including one on Friday in Foley Square.