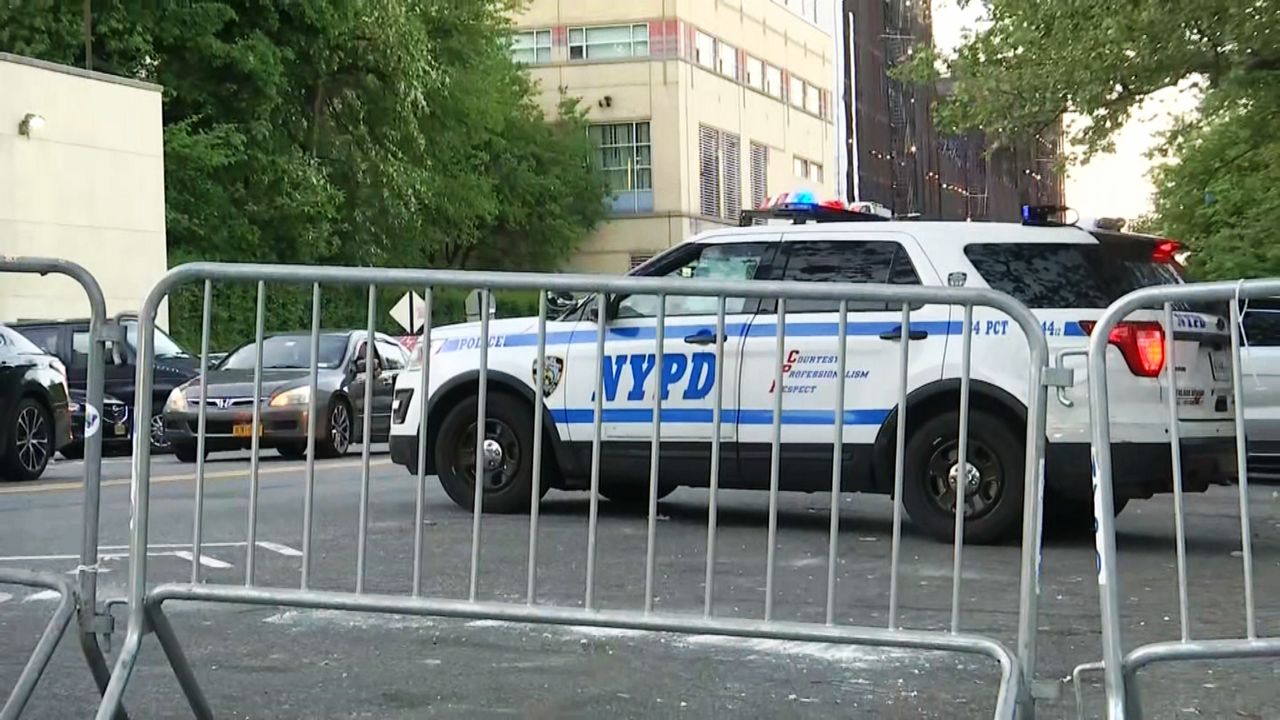 The Washington Heights resident says she hears loud music and drag racing regularly outside of her home near West 190th Street and Amsterdam Avenue.

The NYPD has been aware of the issue as early as May 18th. A post on the 34th precinct's Facebook page encourages people to be “respectful of others” saying “if you’re caught blasting music, or driving any vehicle recklessly, expect to be stopped.”

Some residents we spoke to say the gatherings aren’t new and happen often when the weather gets warm, but they believe it’s especially troubling during the pandemic.

“Theres a public safety issue when it comes to cars going 100 mph up and down the street,” said resident Michael McCabe.

When NY1 visited the area NYPD barricades and police cars were set up monitoring the situation. Some residents say the neighbors complaining about the outdoor gathering should consider how long people have been cooped up in quarantine.

“You’re in a community where everyone want to have fun, you can’t get mad,” said Ruben Medina, a Washington Heights resident.

“Nobody want to be stuck all day in the house for two months straight we need some freedom to come out and have some fun,” said Bryant Mejias, another Washington Heights resident.

Garcia hopes people will instead start heeding the advice of officials. She says when officers break up the crowds, people just come back later and tells us there’s no social distancing.

The NYPD also said people caught blasting music or drag racing will receive a summons, lose their speakers and possibly their car.