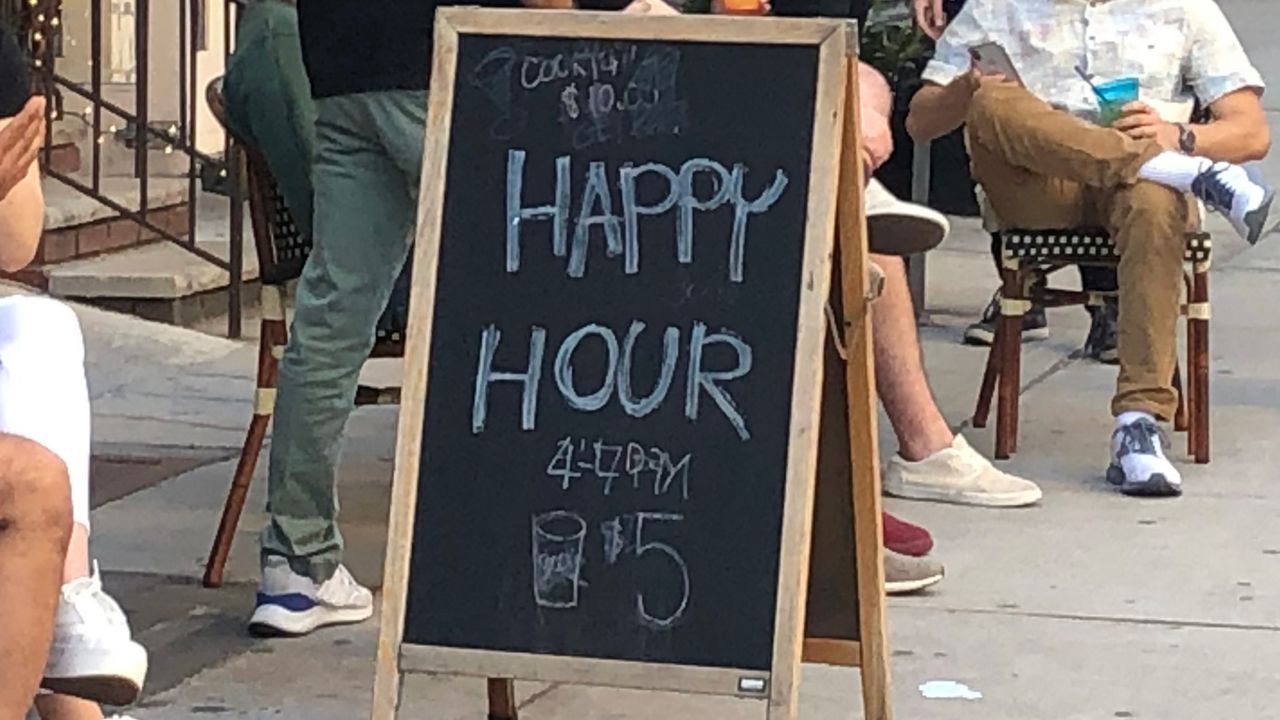 Responding to reports Saturday night that people were violating social distancing guidelines outside bars, the mayor said he is "not comfortable at all."

“If we have to shut down places, we will. If they’re violating these rules, this about health and safety, and the same with congregating outside,” de Blasio said. “Look, if a bunch of people are congregating, that’s a gathering. What did I say the other day? The NYPD is going to focus its importance on gatherings," he stressed during his daily briefing Sunday.

On Saturday, quarantine fatigue set in as people flocked to bars and restaurants on the Upper East Side, despite concerns about the coronavirus.

Connor Wilson, a customer at the Green Kitchen, told NY1, "It feels like I'm in New Orleans right now! Everybody's out having a great time! Wear your mask and have a drink!"

With music blasting from several bars and restaurants, especially along 2nd Avenue in the East 80s, and with lots of people on sidewalks holding drinks in their hands, the Big Easy vibes and block party atmosphere had many people surprised at what has become of the Upper East Side. Sherouna Davlani and her husband were at Eli's on East 79th Street and 3rd Avenue to meet friends.

"This is the first time we're seeing them since the first week of March, so almost three months," she said.

While wearing a mask, Davlani told NY1 why she felt it was safe to meet up with friends who have also been spending most of their time at home over the past few weeks.

"I know everyone's been quarantining at home and social distancing and working at home, the kids have online schools and we've all been doing our part and everyone's been safe so we know it's ok to meet with them because we know they've also been taking care," Davlani said.

Due to the pandemic, bars and restaurants citywide can't allow customers inside, but they can serve drinks.

And that has lots of people who are starved for human interaction taking the chance amid the pandemic to make plans to meet up with friends and other people who they have not been quarantined with.

Others were being more cautious.

Daria Galtina, who lives with her sister, was having a drink with her sister on the corner of East 79th Street and 3rd Avenue, six feet away from one another.

After spending most of the last two months at home, even having groceries delivered, she said it bothered her to see several people in groups, taking their masks off to sip their drinks.

"You never know," Galtina said. "Maybe they live together or something. Most of the people are trying to stay apart, which is great but obviously sometimes there are rule breakers which is not great. It's kind of understandable, but it's not great." While the gathering outside bars on the Upper East Side may resemble what you're used to seeing in the French Quarter, they are especially surprising considering New York is not an open container state like Louisiana.

And while Mayor de Blasio has said police have the authority to break up large gatherings due to social distancing concerns, Peter Kasilis, one of the owners of Green Kitchen, hopes customers and businesses will comply with the restrictions, to keep the party going.

Kasilis tells NY1 the loss of revenue due to not being able to have people sit down for meal has been significant. However, he says the pandemic has taken an even greater toll, since his father died of coronavirus a few weeks ago.