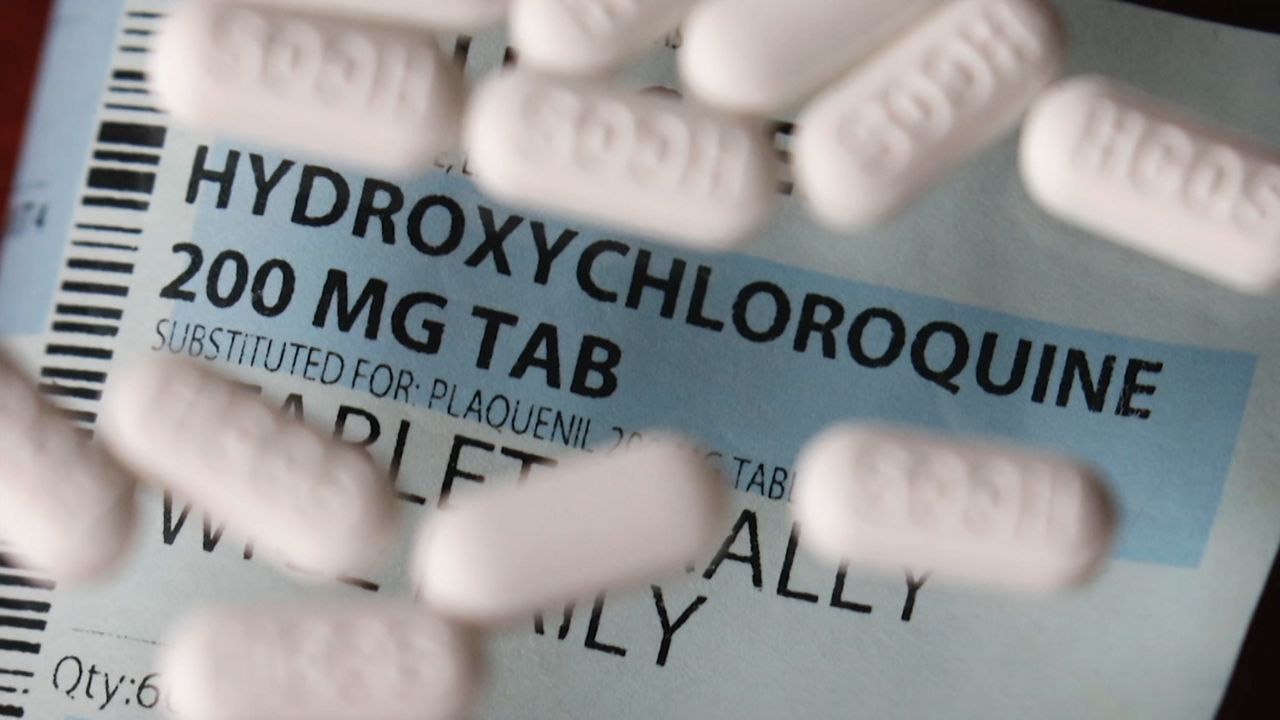 NEW YORK - Researchers at NYU's Grossman School of Medicine found patients given the antimalarial drug hydroxychloroquine along with zinc sulphate and the antibiotic azithromycin were 44 percent less likely to die from the coronavirus.

"Certainly we have very limited options as far as what we have seen work for this infection so anything that may work is very exciting," said Dr. Joseph Rahimian, Infectious Disease Specialist at NYU Langone Health.

The study looked at the records of 932 COVID-19 patients treated at local hospitals with hydroxychloroquine and azithromycin.

More than 400 of them were also given 100 milligrams of zinc daily.

Researchers said the patients given zinc were one and a half times more likely to recover, decreasing their need for intensive care.

One theory is that hydroxychloroquine may aid a cell’s ability to absorb the zinc which has antiviral properties and responds to the infection.

"It sort of boosts the zinc activity which is one of the reasons we thought to look at zinc here and in this observational study we did see a difference suggesting that maybe that boosting activity of the hydroxychloroquine with the zinc helps the zinc to work better and lead to a benefit," Rahimian said.

Dr. Rahimian says patients in the more critical stages of infection did not fare as well.

And he cautioned that more research is needed - in particular a randomized controlled trial - to prove how and how well the drug combination works.

Meanwhile, a study in the Journal of the American Medical Association on Monday found that treating patients only with hydroxychloroquine, azithromycin, or both did not reduce hospital deaths.

The study by the State Health Department and the SUNY Albany School of Public Health involved 1,500 patients.

President Donald Trump has hailed hydroxychloroquine as a potential game changer. Governor Andrew Cuomo also was upbeat about the drug but late last month he revealed that the preliminary findings of the state study were a disappointment.

"Basically it was not seen as a positive. Not seen as a negative. And didn’t really have much of an effect on the recovery rate," Cuomo said.

Other studies of hydroxychloroquine are continuing.