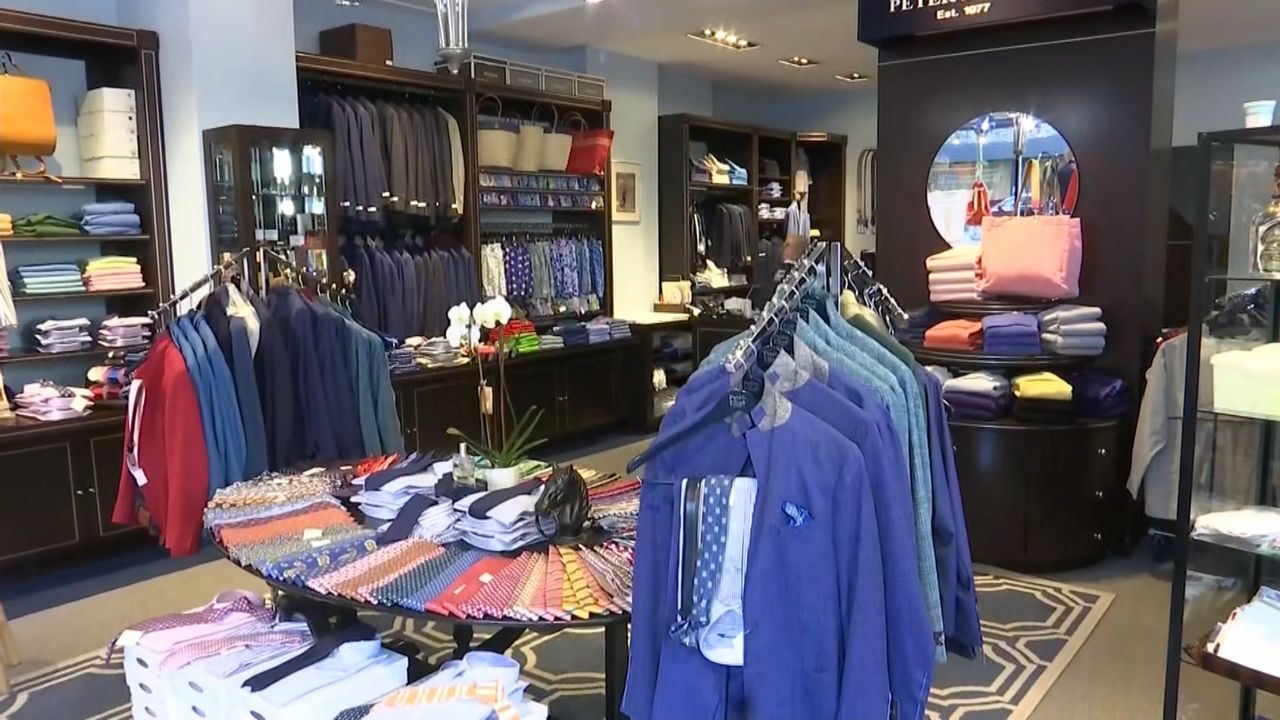 Manhattan Clothing Store Refuses to Close Down, Despite Repeated Warnings From NYPD

It’s an eerie sight along many of Manhattan’s typically busy streets. Store after store closed, their gates down and lights off. But that’s not the case at Peter Elliot Blue on the Upper East Side.

The menswear store that’s been around since 1977 and remains open to customers, defying orders that non-essential business stay close.

After closing up shop for most of April, owner Elliot Rabin says he can’t financially handle staying closed any longer, so he reopened last week.

He’s allowing only two customers inside at once, and requires everyone to wear a mask and gloves, which he provides if needed. He said he’s had about 20 customers come through the door in the past four days.

“We’re not forcing anyone. I am not,” said Rabin.

Rabin said he has been visited by the NYPD on three separate occasions. He told NY1 that while he was told he could face a fine, he has no intention to close.

Many we talked to in the neighborhood applaud what he’s doing.

We’re showing that NY is fighting back,” said one passerby.

“I think it’s okay, one person who’s working,” said another.

But some say it’s irresponsible for the store to defy orders, especially when the virus continues to spread and dozens of New Yorkers are still dying everyday.

Rabin insists he’s not putting anyone at risk and has this message for authorities who want him to shut down.

“I will say I will not, will not shut down.”