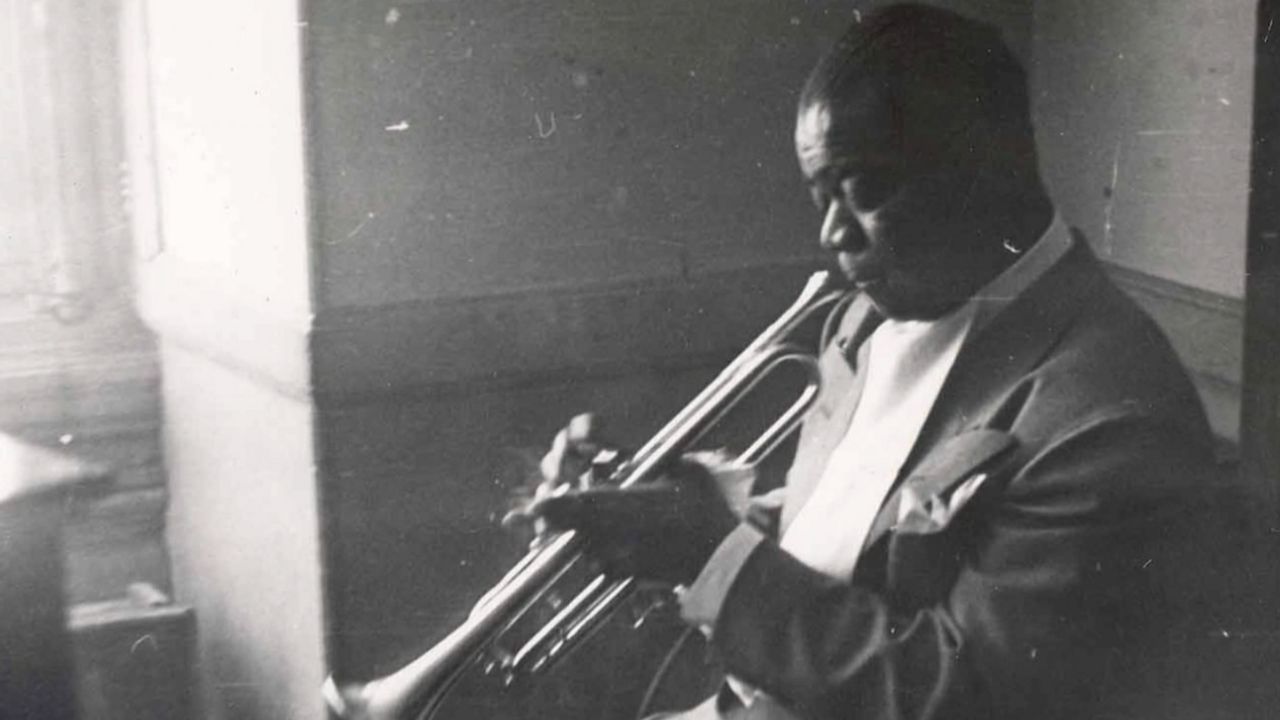 QUEENS, N.Y. - In one of his most iconic recordings, jazz legend Louis Armstrong sings, “And I think to myself, what a wonderful world.”

The world the great Satchmo was referring to was his neighborhood in Corona, Queens. In an audio file from his archive at Queens College, Armstrong says about the generations of people he knew there "And they're all with their children and their grandchildren, they all come back to see their Uncle Satchmo and Aunt Lucille, that's why I can say, I hear babies crying, I watch them grow, they'll learn much more, than I will ever know." The house the legendary trumpeter lived in with wife Lucille on 107th Street  from 1943 until his death in 1971 has been a museum since 2003 called The Louis Armstrong House Museum. It’s a focal point in Corona, a neighborhood hit tremendously hard by the coronavirus pandemic. The museum has closed, depriving the community of one of its gathering spots for music, culture and education.

"This would be the time of year where normally we would have Easter egg hunts, we have our big Pops is Tops Concert in the Spring, where we bring kids from all over the community, hundreds of school kids see live jazz in the Armstrong's garden," said Director of Research Collections Ricky Riccardi.

Riccardi says they are already thinking of ways to get back and support Corona and surrounding communities. In the meantime, the museum and archive, owned by the city and operated by Queens College, has launched an "That's My Home" online exhibition.  It gives folks everywhere a glimpse into Armstrong’s life in Queens, with selections from the world's largest archive for any single jazz musician. "It's a wonderful way to keep Louis' story out there because it really is an inspirational story and I think it's the kind of story that's really needed in these trying times," Riccardi said.

Highlights include audio tracks where you can hear Armstrong warm up to play trumpet at home, and talk about his love for his neighborhood.

Riccardi says they are dedicated to educating the world, and especially the community he called home, about Armstrong’s life and achievements.

You can find it at virtualexhibits.louisarmstronghouse.org.