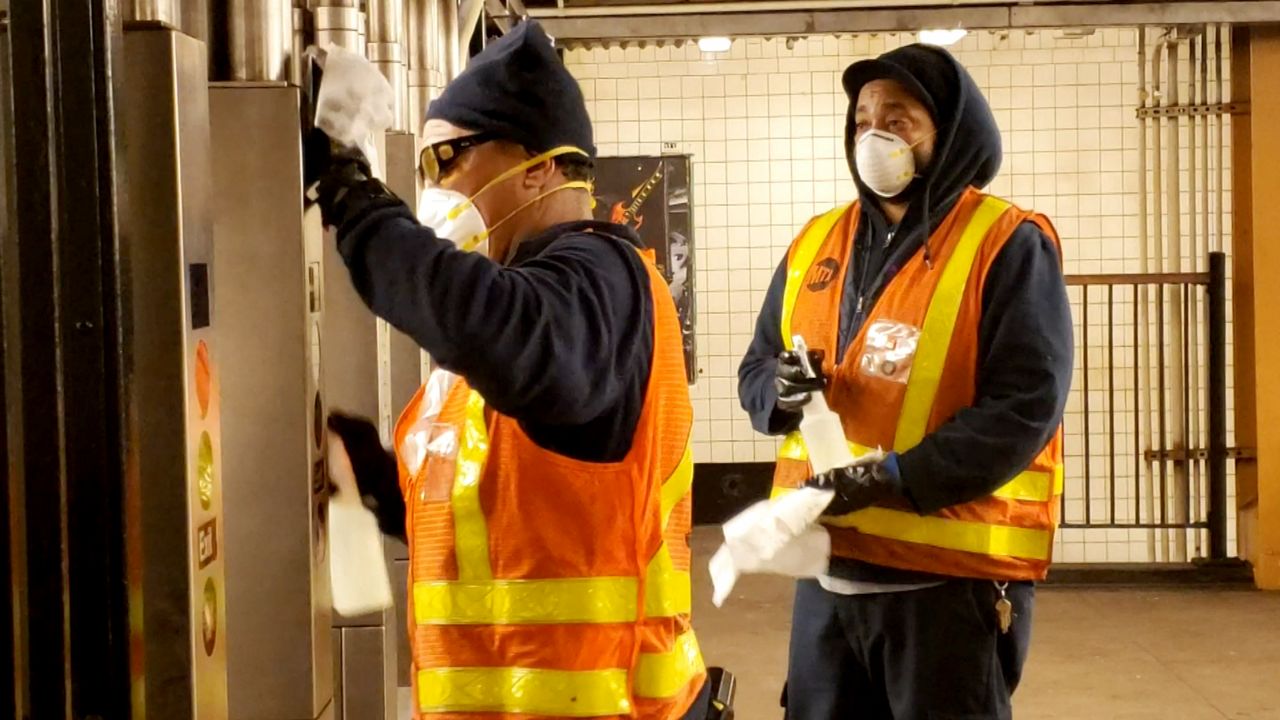 Cuomo to MTA: Come Up with 24 Hour Disinfecting Plan

ALBANY, N.Y. - Gov. Andrew Cuomo on Wednesday laid out a few additional plans for reopening the state as New York continues to administer up to 30,000 antibody tests per day - more than any country in the world.

According to New York City officials, citywide as of 6 p.m. Tuesday there were:

From midnight Monday to midnight Tuesday in New York state:

The governor said 17.1 percent of FDNY and EMT workers have the antibodies against the coronavirus, while 10.5 percent of NYPD officers do.

Cuomo wants up to 1,000 MTA workers to be tested for antibodies this week since they're transporting the city's essential workers and countless reports show how the subway system has become a homeless draw plagued with unsanitary conditions.

Cuomo says he does not want the city's essential workers to be commuting in these conditions, so he is calling for the the MTA to come up with a plan by Thursday on how to disinfect each train and bus every 24 hours. Currently, the MTA disinfects trains every 72 hours.

The governor also issued an executive order calling for certain hospitals across the state to resume elective surgeries. The directive does not apply to hospitals in New York City just yet.

The governor says once the elective surgeries resume, he wants 30 percent of hospital beds and 30 percent of ICU beds to be available across the state.

The governor also spent a portion of his daily briefing once again railing against Republican leaders in Washington who have insisted there will be no so-called blue state bailout.

"Even with people dying, you still want to play your politics?" Cuomo said.

The governor got up at one point to reveal a wall of masks sent in from around the country which he says shows the true picture of people coming together.