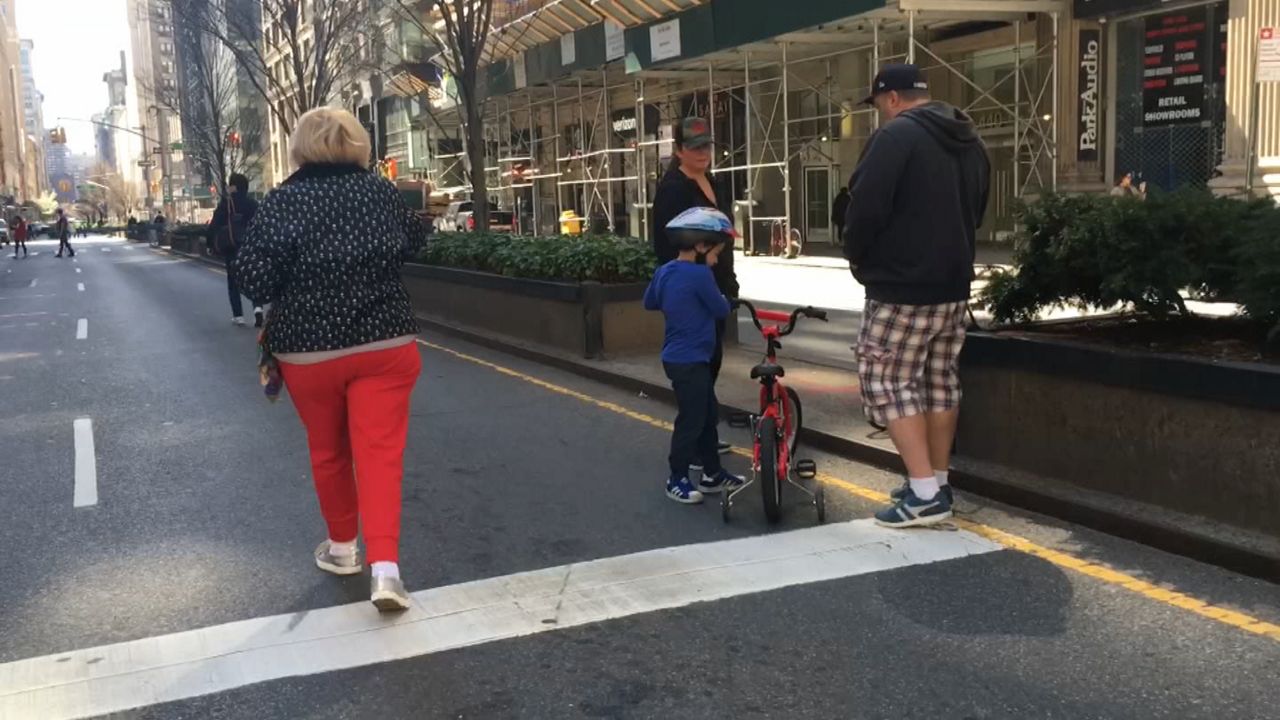 After initially resisting the proposal, Mayor Bill de Blasio announced a plan Monday to close some city streets to traffic and open them to pedestrians in need of more space to socially distance.

“This summer is going to look different from any other in our city’s history – and we’re ready to give New Yorkers more ways to leave home while staying safe from COVID-19,” de Blasio said in a statement.

The City will work with the Department of Transportation and the NYPD to open streets adjacent to city parks.

City officials said 40 miles of streets will open in the initial phase of the program, which is slated to eventually grow to 100 miles of open city streets throughout the city.

Transportation advocates and some members of the City Council, including Council Speaker Corey Johnson, have been critical of the administration for refusing to open the streets for pedestrian use.

Early in the city’s response to the health crisis, the NYPD scrapped a pilot program known as “Safe Streets” — widely used in the summer months to make more space available for walking and recreation.

But citing staff shortages as hundreds of officers became ill with coronavirus, the city said it could no longer provide the needed enforcement.

That decision drew backlash from advocates and members of the Council, who introduced legislation last week requiring the city open at least 75 miles of streets for pedestrian use.

City officials said they will survey five different categories to pick the new open streets. Initially the city will focus on streets adjacent to parks and at least 20 miles of streets will be opened in consultation with local precincts and community boards.

In a statement, Johnson praised de Blasio’s announcement saying the change will be needed as the weather continues to get warmer and New Yorkers need the space socially distance.

"The Council is thrilled our calls for open streets have been answered and looks forward to working with the administration to give New Yorkers the space they need to socially distance properly,” Johnson said. “This announcement is a great starting point for the ongoing conversation about how we share our public spaces during this pandemic and in a post-coronavirus future.”

The city’s plan also includes adding at least 2.5 miles of widened sidewalks and up to 10 miles of protected bike lanes.

Open streets will only be in effect for the duration of “NY PAUSE,” with the exception of bike lanes, de Blasio said.

A complete list of when the streets will open or their precise location was not immediately available.