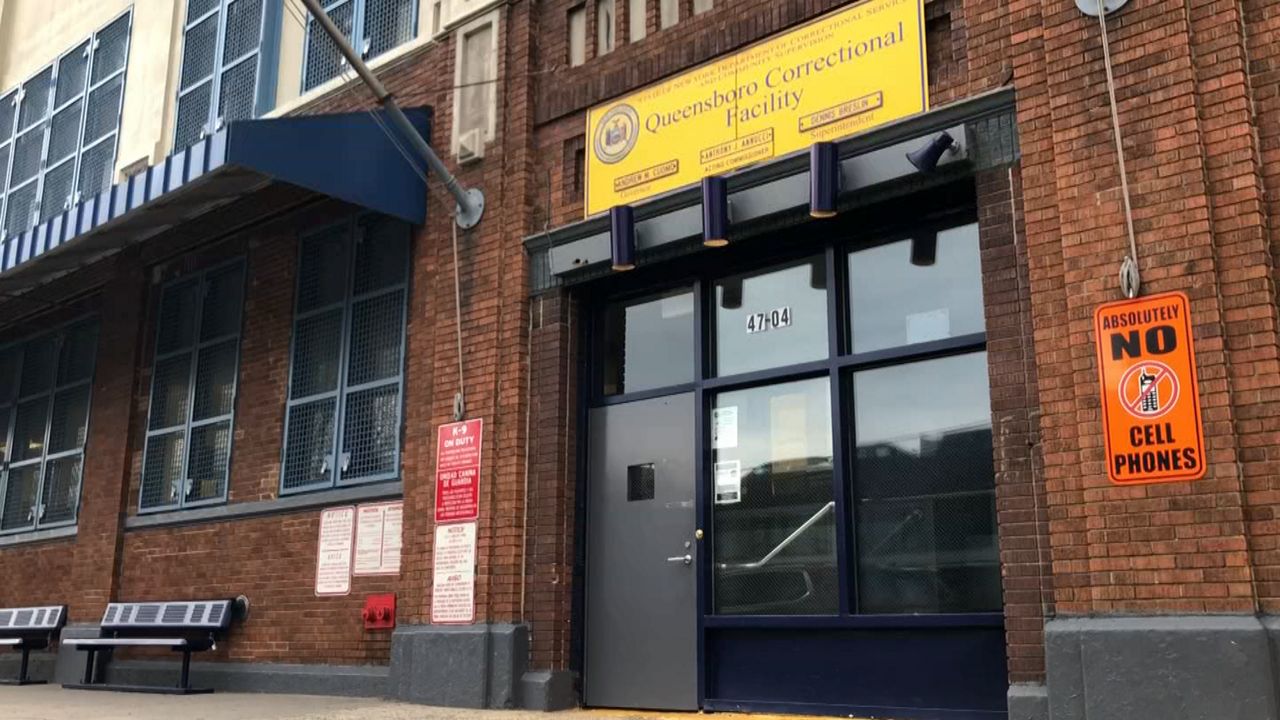 With No Plan to Reduce Population, Inmates Wait And Hope They Don’t Get Sick

On Friday, Governor Cuomo said he had no plan to address overcrowding in state prisons – even as the coronavirus is raging across New York.

“We have no measures to lessen crowding in state prison,” Cuomo said. "We have put in a number of regulations and rules to reduce the risk. But reducing the prison population, we don’t have any way to do that right now.”

All weekend, we received calls from inmates and their family members from this minimum security prison in Queens — the Queensboro Correctional Facility in Long Island City.

James Castro was one of them.

“We’re not in a safe environment anymore,” Castro told us. "At first when they tried to quarantine us for the first 15 days Trump wanted us to be quarantined for, it was all good. As soon as the virus got into the facility and the civilian that brought it in had passed, I think there should have been different steps taken rather than trapping us all in here. I am literally talking to you right now with a shirt wrapped around my face because we don’t have masks. We don’t have the proper protection we need to avoid being in contact with this virus."

Inmates tell us there are no masks. Beds are two feet apart. Social distancing doesn’t exist.

One floor they say is quarantined. The state would not tell NY1 if that is true.

One civilian employee there has died of the virus. At least two inmates have tested positive — one is in the hospital.

“After they quarantined that off, there have been other people that have had cases of COVID, like I said,” one inmate told us. His name is Kasheem — he did not want to use his full name for fear of retribution. "A guy just left our dorm this morning with high fever this morning. And somebody next door in, in six north, was diagnosed as well. Each bed is literally a little less than two feet away from each other. The whole social distancing having some space, it's impossible.”

Many of the inmates we spoke to are part of a work release program. Under normal circumstances, they tell us they would be allowed to leave the prison during the week to work -- it’s supposed to help transition them back to society. Many are scheduled to leave prison in a few months.

When coronavirus hit, everyone was immediately locked down.

“This thing is spreading so fast and it’s such a small building in Long Island City, it’s scary,” Kasheem said. "It’s scary.”

Advocates have called for the state to drastically reduce the prison population during this crisis.

A spokesperson for the state corrections department told us the state is evaluating all options in response to this public health crisis while preserving public safety. Effective immediately, a spokesperson told NY1 officers and quarantined inmates would be allowed to wear masks. Other inmates will be allowed to use handkerchiefs to cover their mouths.

Meanwhile, Governor Cuomo has agreed to release some parolees from New York City jails. Eighty-five men were released from Rikers on Friday. They did not have stable housing - so the city was forced to put the up on this Harlem hotel.

They’ve since moved to a hotel in Queens.