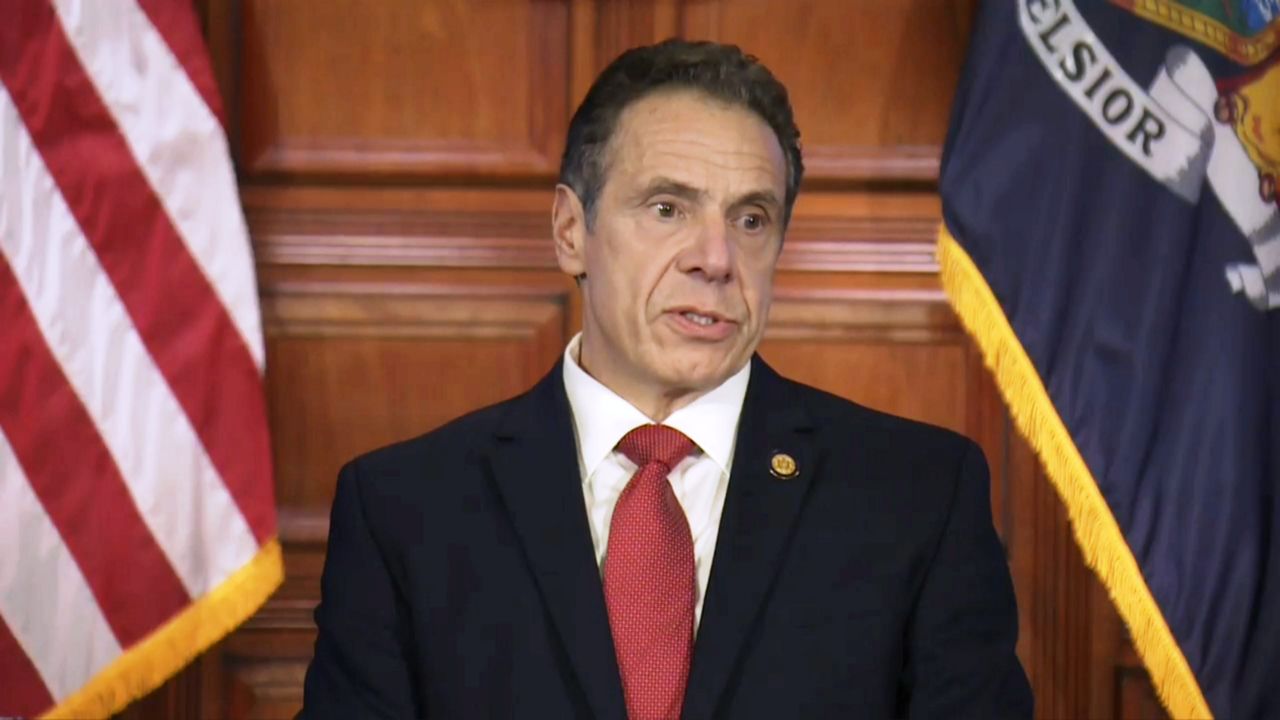 ALBANY, N.Y. - Governor Andrew Cuomo says there is a possible flattening of the curve occurring in New York with the number of deaths holding steady for a second straight day -- but he warns the hospital system is at its tipping point.

Speaking from the state capital Monday morning, Cuomo said there have been 4,758 total coronavirus-related deaths so far in New York state.

Holding a briefing with updates on #Coronavirus. WATCH LIVE: https://t.co/ji3FX8bXbf

Cuomo said the death rate in the state has been effectively flat for two days. However, more time will be needed to see if there is statistically significant change.

Cuomo says the number of hospital admissions are down, as well as intensive care transfers and intubations. Still, he warns the system is strained to the max.

Cuomo also announced the state will stay on PAUSE until April 29.

That means schools and non-essential businesses will remain closed.

Cuomo said he was also increasing the maximum fine from $500 to $1,000 for New Yorkers who fail to comply with social distancing.

"I don't care if you're Orthodox Jewish, Catholic, Christian," Cuomo said when asked about religious gatherings that are still going on. "This is serious. What right do you have to act irresponsibly that could get you sick or someone else sick?"

The USNS Comfort naval ship will now be used to treat COVID-19 patients exclusively, the governor announced Monday evening, after President Donald Trump approved the change. Cuomo argued having the hospital ship dedicated to treating coronavirus cases, along with the temporary facility at the Javits Center, will help lessen the burden on city hospitals and staff.

Cuomo said he would not support the temporary internment of bodies in New York City parks, and had not heard that it was even raised - contradicting the possibility raised by Mayor Bill de Blasio earlier in the day.

"I have not heard this is an issue," Cuomo said.

Cuomo also said the federal government will increase supply of anti-malaria drugs, including hydroxychloroquine, being used in hospitals to treat COVID-19 patients.

New York currently has a 14-day limit on its use.

According to Cuomo, it will take weeks, if not months, to determine if the hydroxychloroquine treatments will work for COVID-19 patients, but he said "anecdotally, it's been positive."