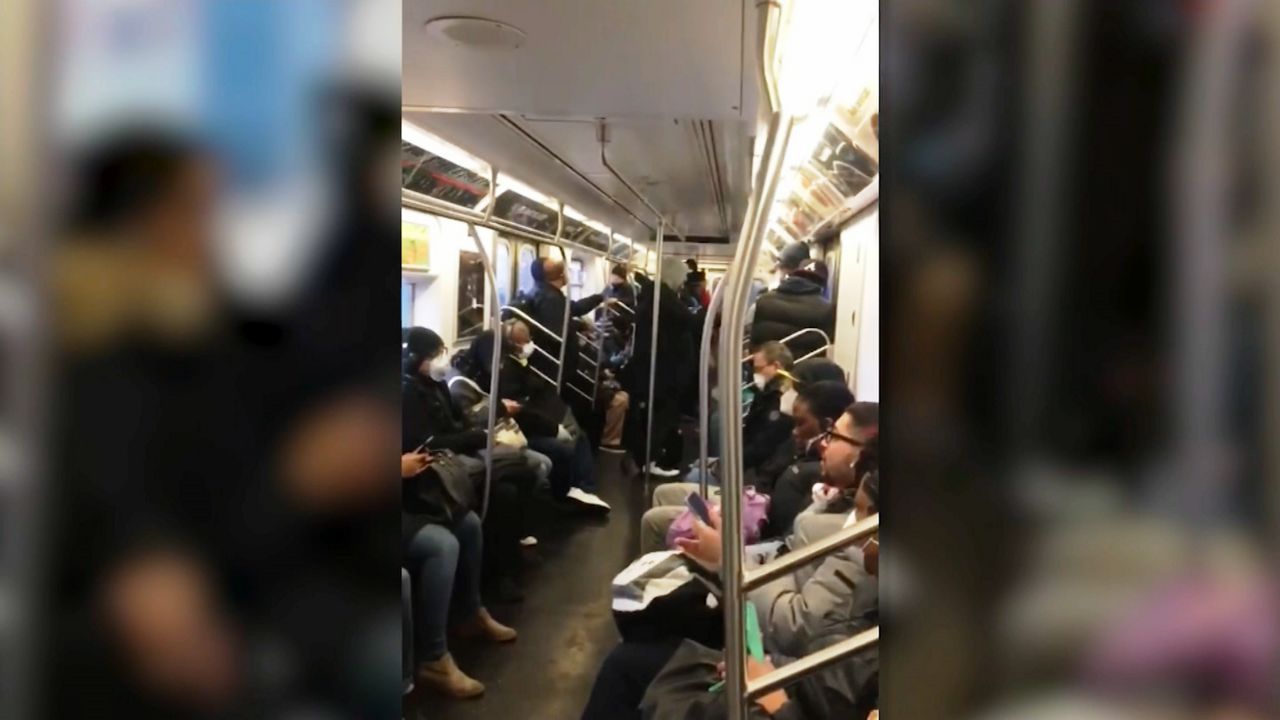 MTA Ridership Has Bottomed, But the Subways Are Anxiously Packed

NEW YORK - Transit ridership has skidded to unimaginable lows. And yet, the remaining straphangers endure crowded trains and platforms because the MTA has cut service.

It's adding another level of anxiety for essential workers like Emy Ramirez, who takes the subway from the Bronx to her hospital job in Queens.

“You can see there’s a lot of essential workers on the train and it’s been horrifying," Ramirez told NY1. "Absolutely horrifying.”

Ramirez is a substance abuse counselor. Her commute now takes twice as long, at two hours. But it’s the crowds that worry Ramirez. Since the MTA last week slashed service, cutting its daily workforce in half.

“That’s when I saw this whole change," Ramirez said.

She recalled one commute where she was desperate to get home. Commuters are trying to get transit officials' attention on social media.

"It's just a poor action plan that is in place and we are the forgotten," Ramirez said.

Part of the service cuts are out of necessity: 582 MTA employees have a confirmed case of COVID-19. Another 3,334 are quarantined and there's been a spike in workers calling out sick.

The interim transit president says the MTA is considering extra bus and train trips to take pressure off some lines, and that NYPD officers are working to get passengers to spread out.

"So, we're looking at everything. You know, again, we're running the best service that we can at the moment with the crews that we have," Sarah Feinberg, the MTA's transit chief said.

Allison Ebben has been trying to get the MTA’s attention about crowding in the Bronx, where she's employed as a social worker at a kidney dialysis provider.

"The train is so full that people’s faces are pressed against the glass," Ebben said.

Ebben believes the Bronx, with its major medical institutions, should be a priority for service.

Ebben says she's anxious about commutes for her own health and that of her clients, who are especially vulnerable to the virus.

“A lot of them also have been fearful," Ebben said. "They know that I take the subway.”