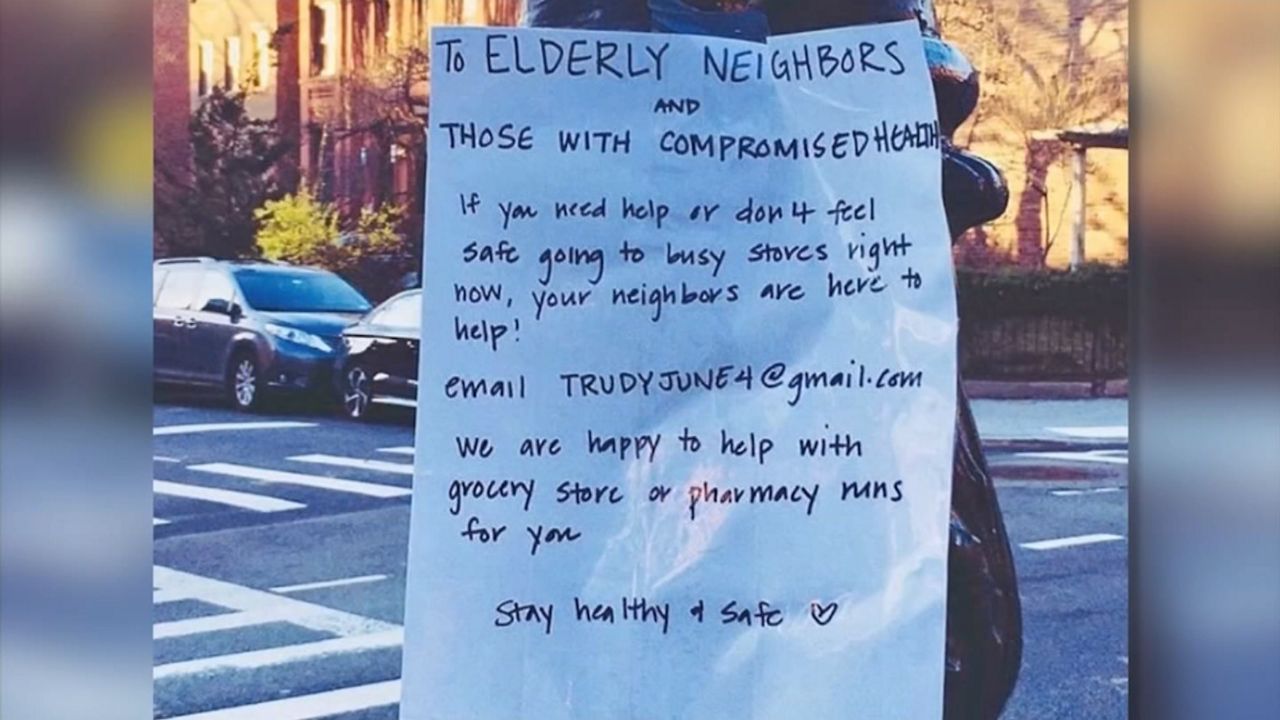 In Brooklyn, it began with a flier: “To Elderly Neighbors and those with compromised health, if you need help, your neighbors are here to help.”

And from that message, the Brooklyn Mutual Aid Network was born. It teams up healthy volunteers, with people who should not or cannot leave their homes.

The volunteers can drop off food and other supplies, pick up prescriptions, even walk dogs.

Geoff Shively works in marketing by day, but when he’s done working from home, he’s driving around, helping his neighbors.

“There are so many beautiful acts of humanity happening around this tragedy, I want to contribute,” said Shively, a Williamsburg resident.

Similar support organizations are popping up organically in neighborhoods across the city.

In Astoria, Queens more than 400 volunteers have joined a Mutual Aid group.

“It was really about a few people in the beginning and then other people joining in. So we could really see how we as neighbors could support one another, because we really believe the well-being of our community is directly tied to our own well-being,” said Evie Hantzopoulous, an Astoria resident.

Hantzopoulous says the requests run the gamut but sometimes it's the simple things that make a big difference. Like bringing a sweet treat, to the child of a nurse, who tested positive for coronavirus.

“Ice cream, chocolate sauce and a capri sun. So one of our volunteers was able to go and pick up that stuff,” said Hantzopoulous.

And in Long Island City, the LIC Support team is gaining momentum. Organizers say more residents who are especially vulnerable to the coronavirus need to know that help is available.

“I think there are still a lot of people out and about. And not really worrying about being socially distant,” said Eric Kim, a Long Island City resident.

What unites all of these groups is that in this perilous time, is there are New Yorkers eager to help their neighbors.

“We got this humanity! We got this and we're going to get through this,” said Shively.