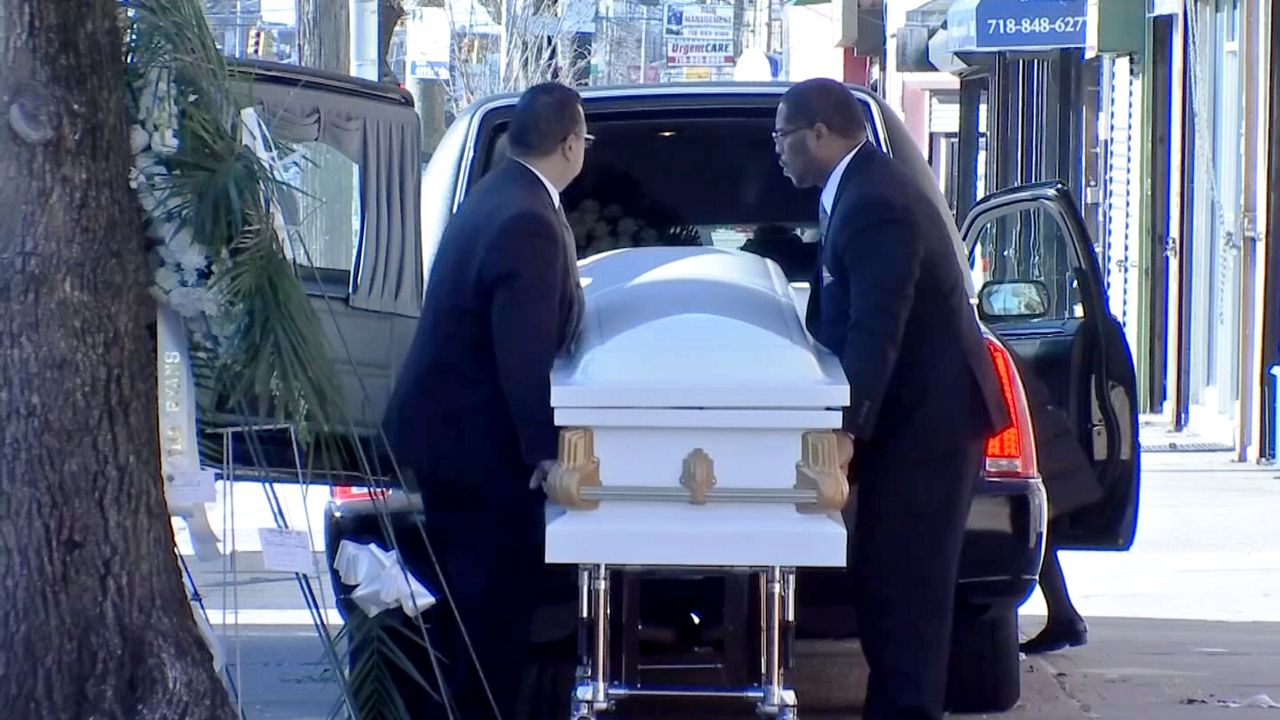 How Funerals Are Being Forced to Change Because of Coronavirus

NEW YORK - Coronavirus is upending the way people live – and what happens after they die.

New York funeral directors have been told by the governor’s office to limit wakes and funeral services to as few immediate family members as possible.

Anderson has had to adjust to the new regulations that limit gatherings of people in order to reduce the transmission of the virus.

He now holds only one funeral per day and limits attendance depending on whether the service is held at his funeral home, or in a church. Up until last week, funeral homes could have around 25 people attending services, but people had to sit at least six feet a part. The new regulation of immediate family members only attending wakes and funerals was announced to funeral directors this past weekend.

Anderson was already trying to limit attendance as much as possible.

Last week a funeral for WWII veteran Theodore Crupi was held on Staten Island. His daughter, Maria Crupi, said the new reality of coronavirus made an emotional situation worse.

"We were not allowed to hug or kiss. I mean how could you go to your dad's funeral or wake or remembrance and you can't hug or kiss a family member you haven't seen or a life-long friend. It was really devastating for us, very devastating," Crupi said.

Many family and friends were afraid to come and pay their respects to the veteran who was a well-known member of the community because they didn't know who was infected.

"We were almost positive the funeral parlor would be packed and due to this coronavirus health crisis and scare there were only about 10 people there," Crupi said.

She said the cemetery staff told her only 10 people could attend the burial.

Back in Pelham, Anderson says families can make funeral arrangements on the phone and via email. And if they show up in person only two relatives are allowed in the office.

As funerals and burials continue, funeral directors know the regulations could change even more as they try to help grieving families.

Some families will have to bury relatives who die because of coronavirus. Anderson says a funeral for a victim of COVID-19 does not pose any additional risk.

"Once that person has passed on to a better place, the coronavirus is going to pass on with them," he said.

This past week the Centers for Disease Control recommended that funerals should be limited to close relatives and streamed online for other mourners.

Some families are opting for live streaming services or holding memorials at later dates.

Anderson said if you can't attend a funeral find other ways to show your condolences.

"I really would strongly urge people still reach out to these families and stay in touch with them because they still need your love and support during this very difficult time," Anderson said.