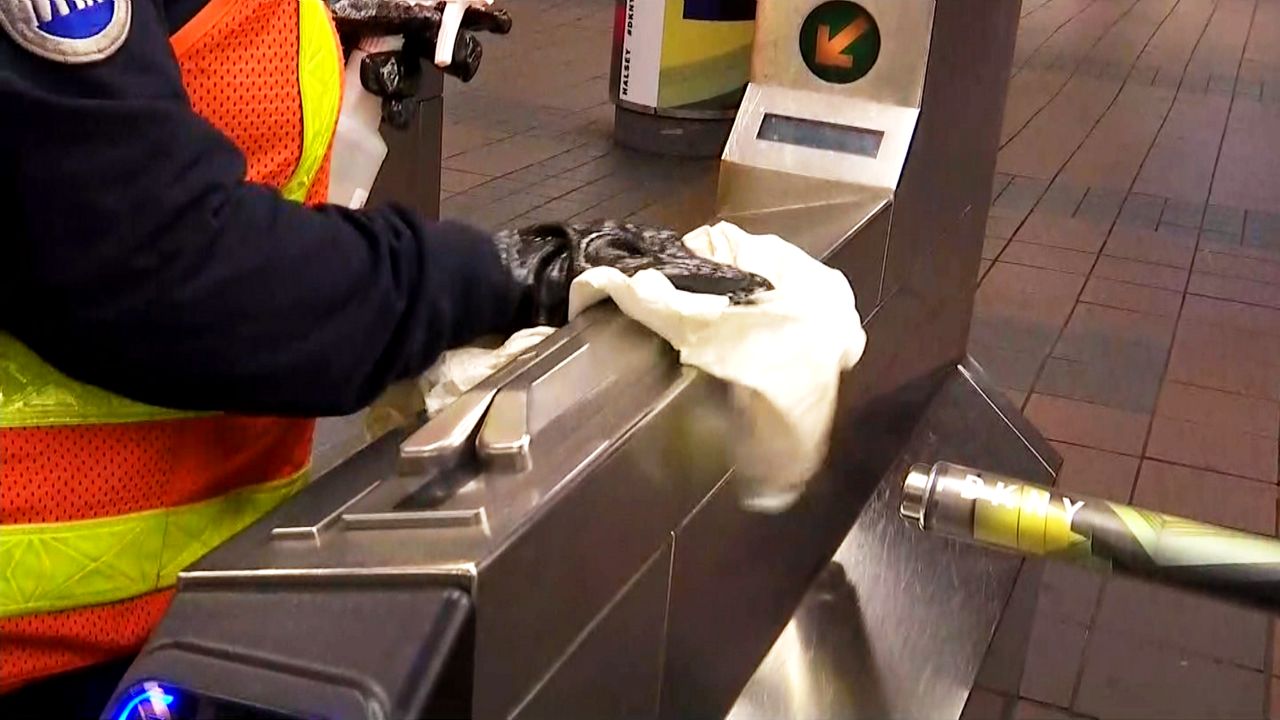 NEW YORK - The Metropolitan Transportation Authority is vowing to do their part to keep New Yorkers safe and healthy, following the city's first confirmed case of Coronavirus.

The transit agency tells NY1 employees are disinfecting the interiors of subway trains and buses, subway turnstiles, and station handrails.

The say no car in a fleet would go beyond a 72-hour period without a full cleaning.

Health officials say the virus is mainly spread person to person through prolonged contact with someone who is infected. They say even on the subway the risk to straphangers is low.

Still, many New Yorkers say they will continue to take their own precautions no matter how clean their trains and buses become.

"Always wash my hands and hand sanitizer everywhere I go," said one straphanger.

Meanwhile, the city can now do its own testing for the Coronavirus without having to send the samples somewhere else.

Samples taken in the five boroughs will now be analyzed at the Health Department's Public Health Lab on First Avenue in Manhattan.

The testing just requires an oral or nasal swab and does not involve bloodwork.

In his weekly appearance on NY1's "Inside City Hall", Mayor Bill de Blasio said Coronavirus testing in the city means results will be available within hours.

"Same day service. That is going to allow us to very quickly figure out who has this disease and need particular care and support and who doesn't. A lot of people who think they may have it turn out not to have it. So this is really important," De Blasio said.

He has also assured those on Medicaid they will not have a copay.

This all comes after a woman in Manhattan became the first person to test positive for the virus in the state.

The 39-year-old is a health care professional who contracted the virus while working in Iran with her husband, who is also a health care worker.

Both are quarantined in their home.

Her husband's results are still pending.

With six people in the United States dead from the Coronavirus, President Donald Trump says his administration is asking developers of a possible vaccine to accelerate their process.

Vice President Mike Pence, who is leading response efforts, is calling it "an all hands on deck effort."

"It is remarkable to think that there may well be a vaccine going to clinical trials within the next six weeks. The nature of trials as the experts have explained to us, is that the vaccine might not be available until late this year or early next. But the therapeutics, giving relief to people that contract the Coronavirus, could literally be available by this summer," Pence said.

The vast majority of those are in mainland China.