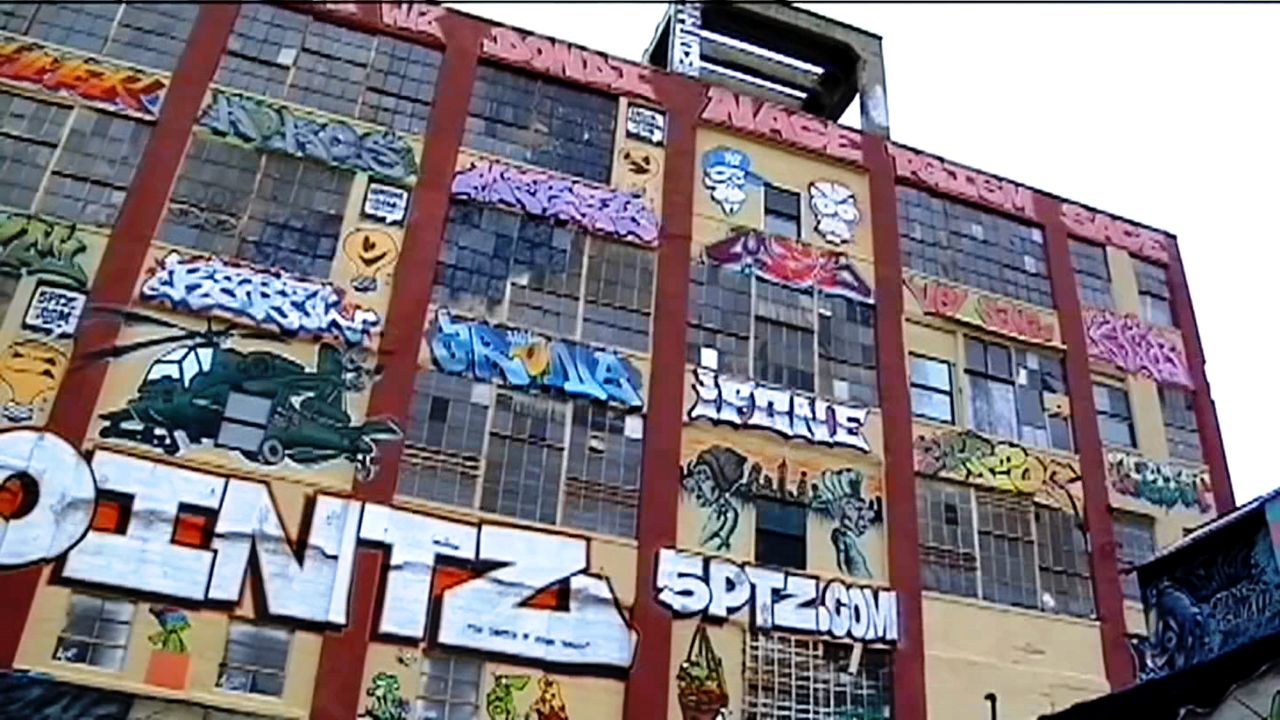 QUEENS, N.Y. - It's hard to imagine shining skyscrapers are rising on the site where the outdoor graffiti mecca known as 5Pointz once stood.

Graffiti artists were allowed to turn a gritty former factory into their own canvas. Their aerosol creations could be seen from passing 7 trains and attracted visitors from across the world. "It was a community. It was more than just a building with art," said Meres One.

Jonathan Cohen, better known as Meres One, is the graffiti artist who founded 5Pointz and curated the work.

Initially what started as an agreement with the factory's owner, Jerry Wolkoff, allowing local artists to tag the building, turned into a legal battle when Wolkoff said he wanted to knock down the factory to build luxury condos.

A movement began to save the building. Meres and other artists sued under the Visual Artists Rights Act, an obscure copyright law.

"It was a way to ensure that we would have 90 days to properly document photograph, video, and remove art at our expense. And there was enough art that we could remove at our expense, without raising a single dollar to fill a whole museum," said Meres One.

But before that could happen, Wolkoff hired workers to whitewash the building, painting over 45 pieces of art.  In 2018, a federal judge sided with the artists, forcing Wolkoff to pay the artists $6.7 million in damages, $150,000 for each mural destroyed.

Last week, an appeals court upheld the decision, something Meres's attorney hopes will set a precedent.

"For all artists, recognize that the art that you create is important and must always be respected," said Eric Baum, the attorney representing the artists. "5Pointz is gone, but its memory and cultural, and now legal significance, endures."

But the 5Pointz team says there is no award that can replace what was lost.

"I think it's also a reminder that once something is gone, it's too late," said Marie Flageul, the co-Founder of 5Pointz Create.

Jerry Wolkoff, the developer, tells NY1 he has 90 days to appeal the decision, but his team has not yet decided if it wants to continue the legal battle. He says he has no animosity towards the artists.

Meantime, the 5Pointz residential towers are set to open in May.