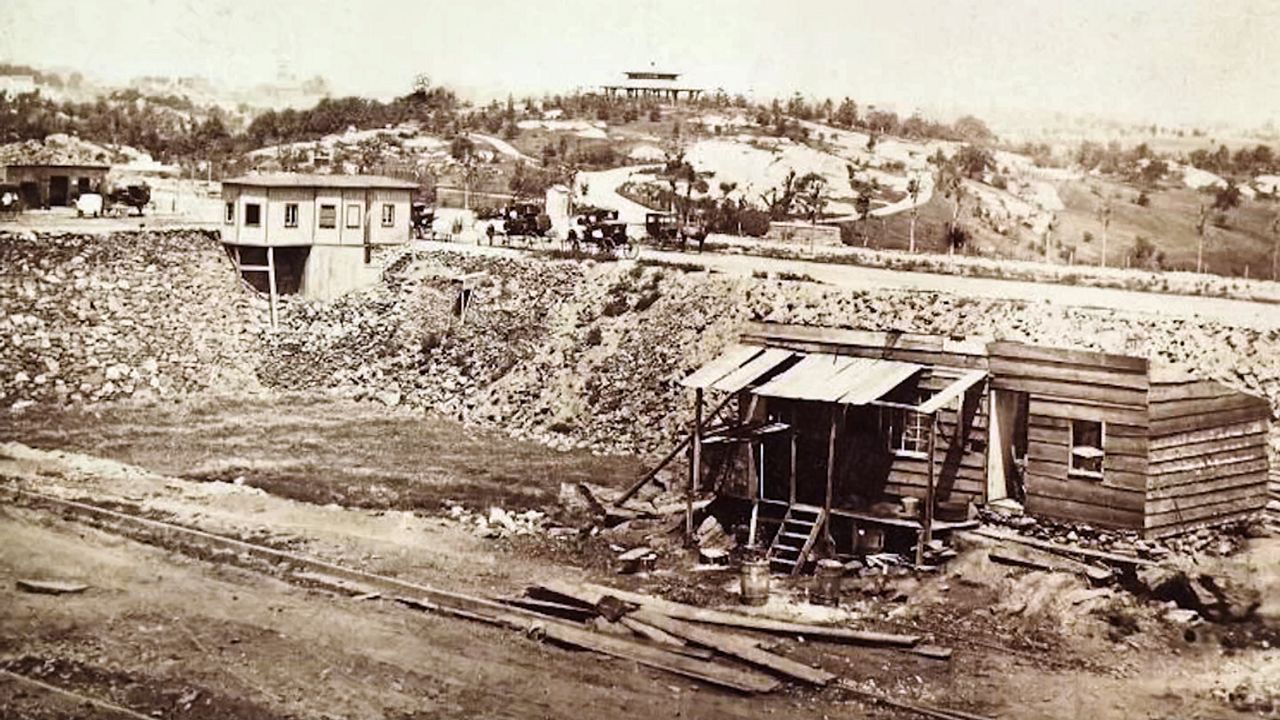 Inside Seneca Village: The Lost African-American Community in Central Park

NEW YORK - It looks much like the rest of Central Park. But one section, on the western edge of the green space, is quite different.

It was once home to Seneca Village, a vibrant community of free African-Americans that took shape in the 1820s, decades before the city created Central Park.

"Historians really speculate that people were coming up here to escape the crowded conditions and the racist climate of Lower Manhattan," said Marie Warsh, a historian for the Central Park Conservancy. The village stretched from what is now West 83rd to 89th Streets. It had a population of 225 people and contained churches, a school and dozens of homes, many of them owned by free African-Americans, who had entered the middle class.

"In the first half of the 19th Century, if you were African-American and you owned property, you actually got the right to vote so that was another incentive to owning property," said Warsh.

The village wasn't entirely black. Historians believe about a third of the population was Irish.

But in the 1850s, after just thirty years, it all came to an end. The city took over the land through eminent domain to create a park for its growing population.

"It was not just the land that was lost, it was the community and the feeling of community," said Rev. Audrey Williamson of Mother AME Zion Church in Harlem, which nearly two centuries ago was in Seneca Village. "To think that our ancestors were here, this was their ground, this was where maybe some children played, this is where they worshiped," added Williamson. "To be able to connect here to where we are now and to what we're doing now is just a gift." The history of Seneca Village had been all but lost until researchers in the 1990s began focusing on maps and census records that gave hints of the past.

Then, nine years ago, archaeologists discovered thousands of artifacts, including plates and personal items, that had been buried for more than 150 years.

"As soon as we found something that was obviously from Seneca Village that was - we hit the jackpot. It was wonderful," said archaeologist Diana Wall, professor emerita at City College of New York.

"To be able to touch the same things that people who had lived there in the 1850s touched and selected for themselves really made them real for us," added archaeologist Meredith Linn, an assistant professor and director of masters studies at Bard Graduate Center.

The artifacts helped to inform temporary signs that have been placed in the area of Seneca Village to tell the community's story. Central Park Conservancy officials anticipate the signs will remain up until October. Then, they hope to install something more permanent.

"It's really important to present this more comprehensive history," said Warsh. "And to show that all of Manhattan, all of New York City has all of these layers and all these stories that can be told."