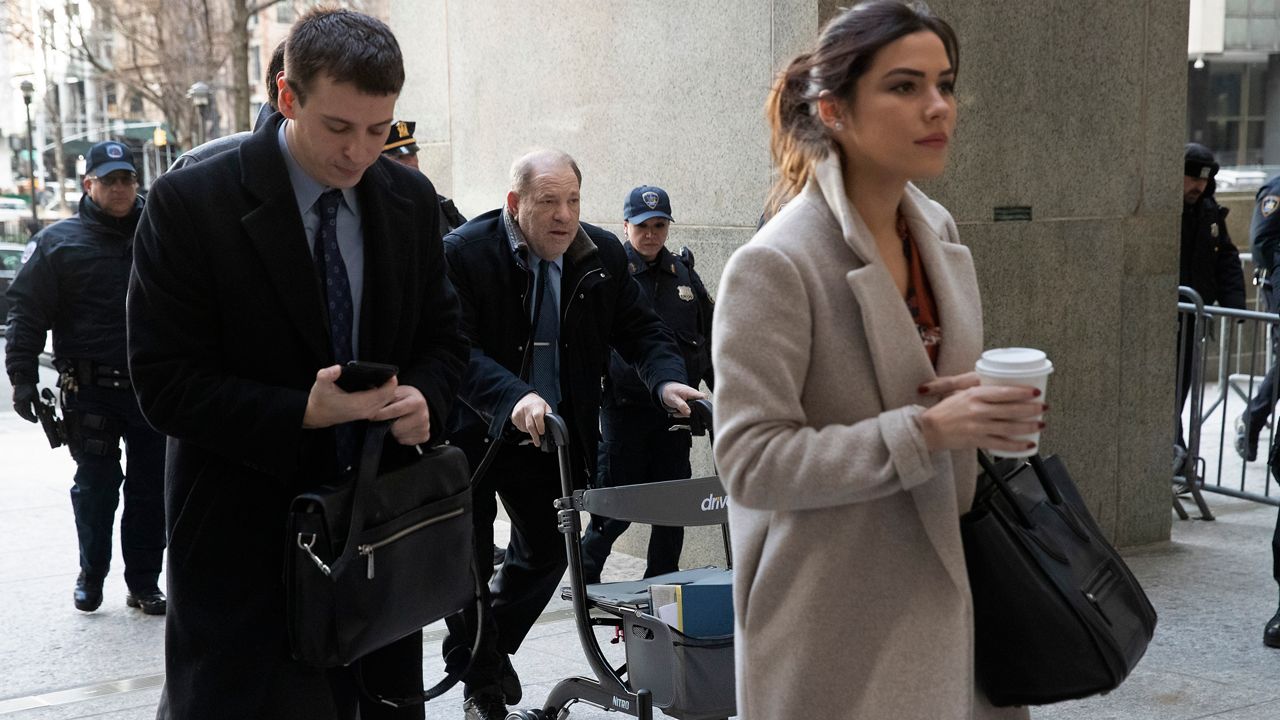 Dawn Dunning said she was a twenty-something aspiring actress who was waitressing at a Manhattan lounge in 2004 when she first met Harvey Weinstein, who was a major film producer at the time.

Dunning said they met several times to talk about her career and that, at a movie production office inside a Manhattan hotel suite, Weinstein groped her.

"I was talking with him, he kind of led me into the other room … He put his hand up my skirt. His hand went under my underwear. I stood up. I was in shock. I wasn't expecting that," Dunning testified.

Dunning said Weinstein apologized and said not to make a big deal about it. She said she believed him and a few weeks later agreed to meet him at a hotel's cigar lounge on Park Avenue.

Dunning, who's now forty, said Weinstein's assistant took her to a hotel room.

"He opened the door. He was wearing an open white hotel bathrobe," Dunning said.

Dunning said all she could see was Weinstein's big stomach and thought he might be getting a massage. She testified that the producer told her he had movie contracts and said, in order for her to sign them, she had to do something sexual with him and his female assistant.

"When he said that, I laughed. I thought he was kidding," Dunning said.

Then Weinstein started yelling, according to Dunning.

"’You'll never make it in this business. This is how the industry works. This is how all the great actresses made it,’" Weinstein shouted, Dunning said. "He was screaming. He was like a big guy. He was towering over me. I was scared."

That's when Dunning said she ran away.

One of Weinstein's defense attorneys grilled Dunning, pointing out she never told anyone about the groping case until just recently and that the alleged incident did not stop her from meeting with Weinstein again. Dunning cried as she explained she believed Weinstein's first apology.

A second witness, Tarale Wullf, also took the stand Thursday. She said she, too, was a waitress and wanted to act when she met Weinstein around 2004.

She said she was invited to read a script at Weinstein's office, but was taken to his apartment where she told jurors she was attacked.

Weinstein's lawyers say he didn't rape or attack anyone, that everything was consensual.

As prosecutors continue their case this week. Weinstein's defense could start its case and present evidence next week.