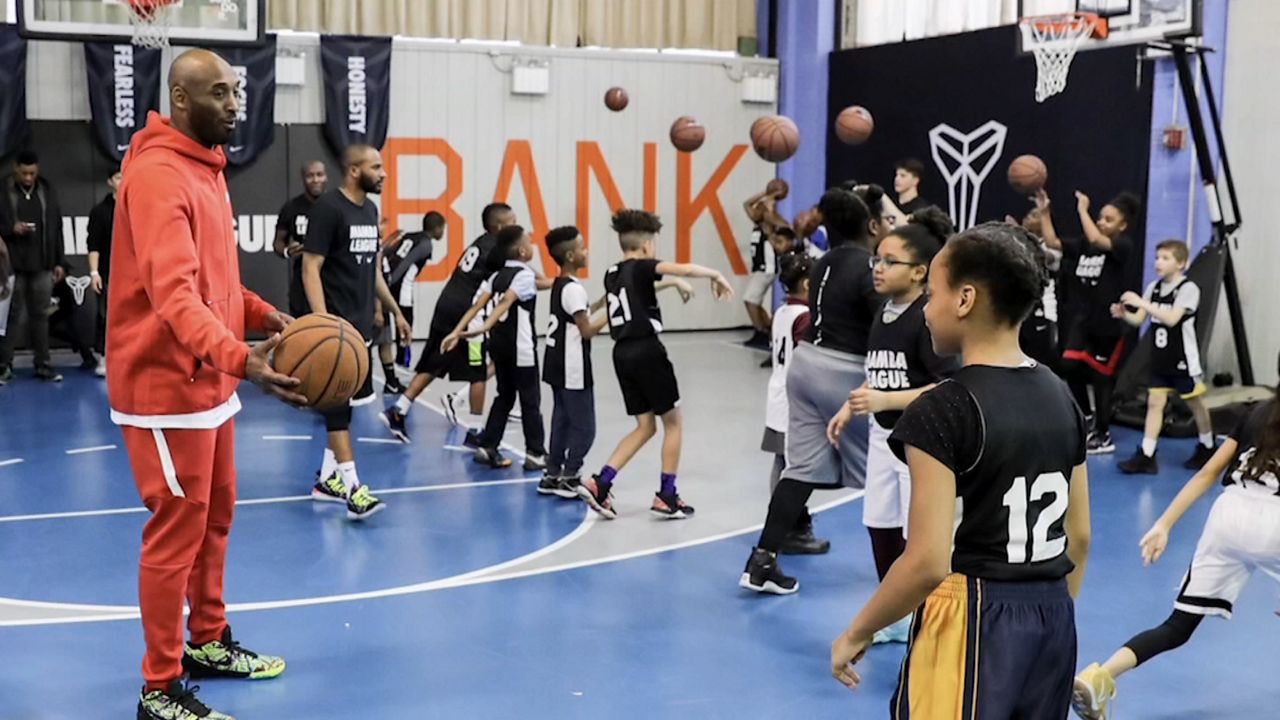 These are some of the 250 kids and lives in the city that Kobe Bryant was determined to make a difference in: He teamed up with Nike to bring the Mamba Basketball League he started in Los Angeles to New York last February.

Kobe's nickname was Mamba, an alter-ego he created to allow for his fiery intensity on the court. The mamba league introduces kids to the game of basketball and teaches them about life along the way.

"We did a countdown and he walked in the gym and it was just like wow. Pandemonium. Kobe Bryant in Harlem at Millbank. It was just an amazing day," said Lassiter.
Kobe Bryant provided jerseys, equipment and coaches, with only one mandate: the Mamba League must have as many girls as it does boys. Now, coaches will use some of the very tools Kobe taught to help their players on and off the court.

. @kobebryant teamed up with @Nike to bring his #MambaLeague to #Harlem last year. His only mandate - there must be an equal number of girls and boys in the youth basketball league at the @CAACNYC @NY1 pic.twitter.com/bEATueFU0T

Roosevelt Byers is the head basketball coach and athletic director of the Milbank Flyer Basketball Program.

"Our motto is learn, grow lead and it's something that Kobe was big about with the youth and the program. We're just going to talk to our kids about what it means to just inspire and continue to grow and be productive citizens in our community," Byers said.

Twenty year old Malcolm Coakley played ball at the Community Center. Kobe Bryant is his favorite player, and what he learned from the basketball legend transcends the game.

"It doesn’t matter how many breaths you take. It is what you are doing in those breaths. What moments those breaths are capturing. I feel like that’s what really matters. That’s what I can bring from him," Coakley said.

Kobe Bryant took coaching kids seriously. He said it was important not to be overly critical and understand there will be mistakes made. And that's okay. These are all lessons the coaches here hope to impart on kids going through the program.

"Our young people lost a hero, someone that they looked up to and were fortunate enough to see in person," Lassiter said.