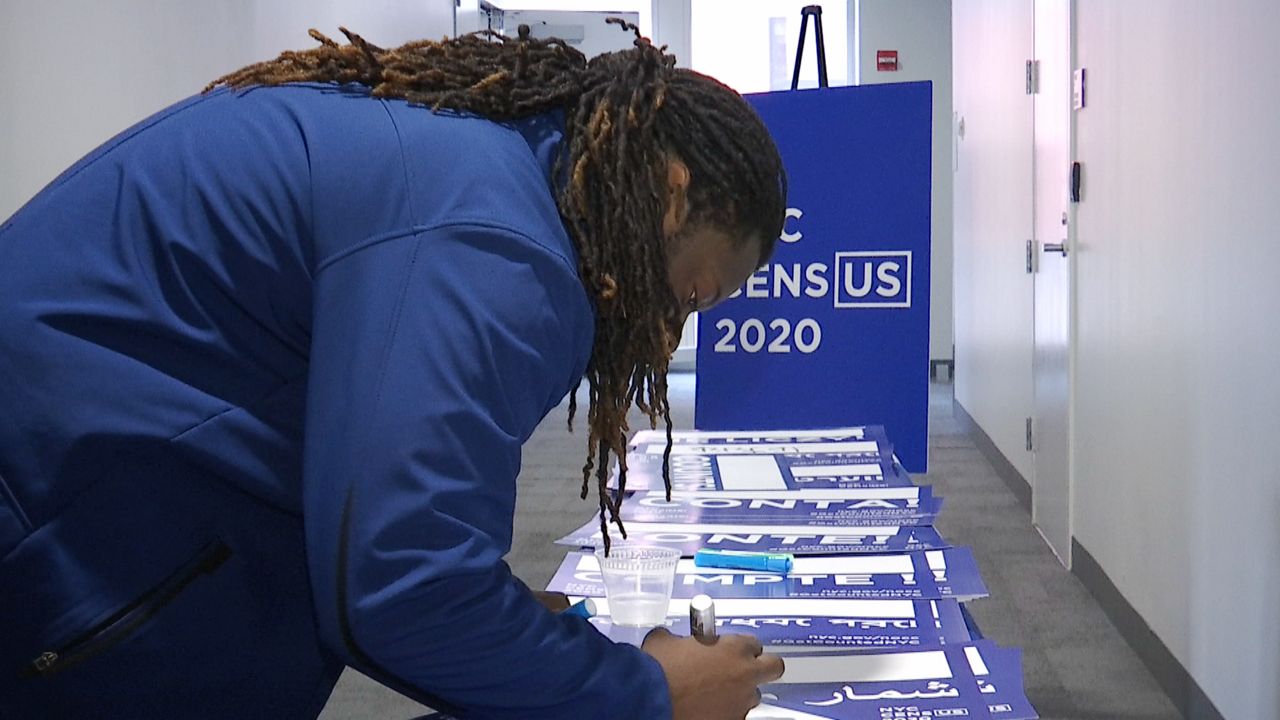 NEW YORK - New Yorkers will be counted this year, but the task will be anything but easy.

"Here's the facts: in 2010, New York City had a real effort and yet one in three New Yorkers did not respond on their own," Mayor Bill de Blasio said on Tuesday.

That's why the city will be spending $40 million to make sure New York is not undercounted. At stake are millions of dollars in federal funding and political representation in Congress.

With the help of unions and community organizations, the city will be launching an ambitious outreach effort, which includes door-to-door visits to make sure New Yorkers respond to the census online, by phone or by mail. The Census Bureau will begin taking in the information on March 12th; its federal employees will visit non-responding households from May to July.

City officials worry that immigrant communities will be afraid to fill out the Census form, a form that will not have a citizenship question after all, since the federal government's attempt to include it failed.

"The Trump administration tried to add the citizenship question, they tried to defund New York, they tried to have us lose not only funding but political representation. We are fighting back," said Julie Menin, director of the city’s Census 2020 effort.

Targeting immigrant communities, the city will be spending three million dollars in advertising. Organizations working with Latino communities will be playing a key role.

"By and large, we are mixed households, we have immigrants and natives, we are renters, renting our homes, we are moving around a lot the city and the state, and that makes us hard to count," said Juan Rosa, civic engagement director for the National Association of Latino and Appointed Elected Officials.

The census information is strictly confidential. All New Yorkers are called to respond regardless of their immigration status.