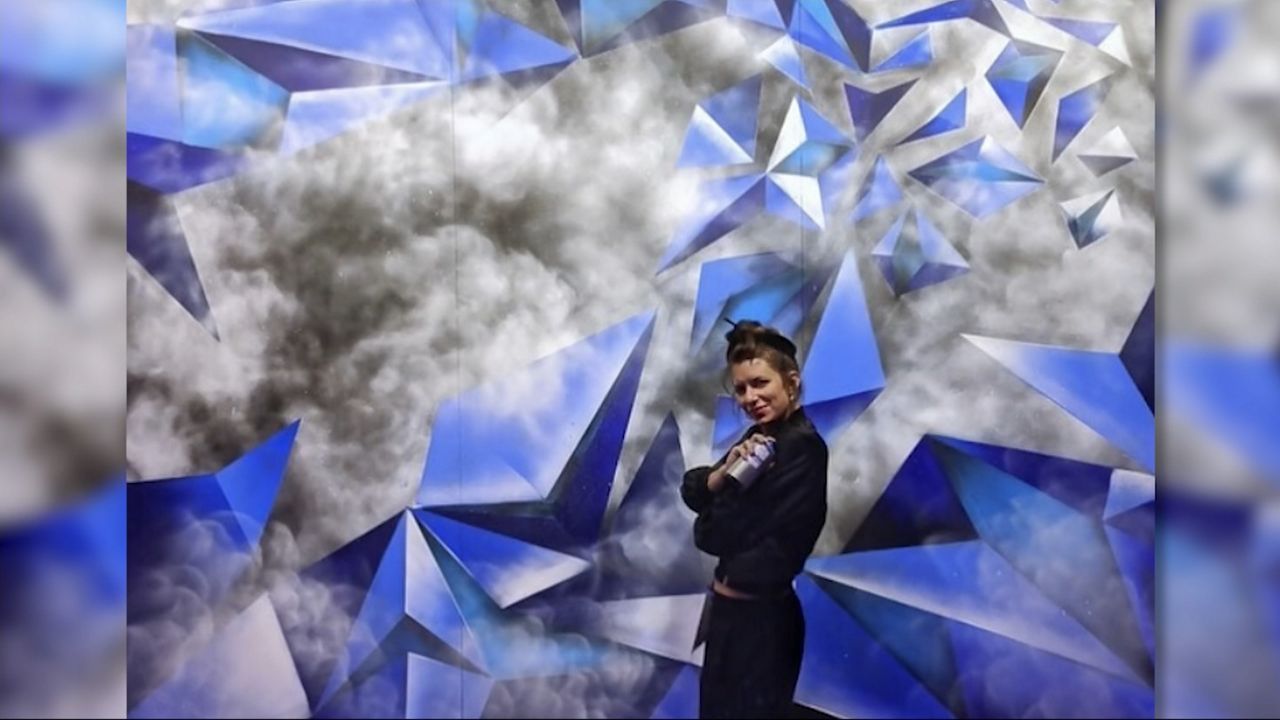 Brooklyn Based-Muralist Isabelle Ewing has work on display around the world on public walls and in galleries and museums. Her piece called Harmony is based on a Hindu Goddess, part of a group art exhibition all created by women.

"To be in an all-female group show is really empowering, and like half the people here I have known or known of, so it's just great to be in a group show together," said Ewing.

The show is called Of Women, by Women, and runs through Sunday at the Storefront Project Gallery on the Lower East Side. Curator Wendy Horwitz has been photographing street art for years, and tracked down some of her favorite women on the New York scene, to bring their work inside for a gallery show.

"They are all women, they are all street artists. They are all New York Street Artists. And they all make art in the image of women. Or in the essence of a woman," said Curator Wendy Horwitz.

Which became the theme of the show, Magda Love's piece is called Embracing Home. The native of Argentina has lived here in town for more than a decade. She appreciates the opportunity to be part of the show and collaborate with fellow women.

"The curator, and the owner of the gallery, she's like a super powerful woman, and it's just really exciting to be around women that are really pushing feminine causes forward," said artist Magda Love.

And the artists hope the show creates opportunities and inspires other women to show their artwork. As these artists explain, it hasn't been easy.

Of course all the artwork at this show is for sale and if you want to check it out they'll be here at the Storefront Gallery, 70 Orchard Street on the Lower East Side through Sunday December 22nd.

To find out more head to storefrontproject.com.