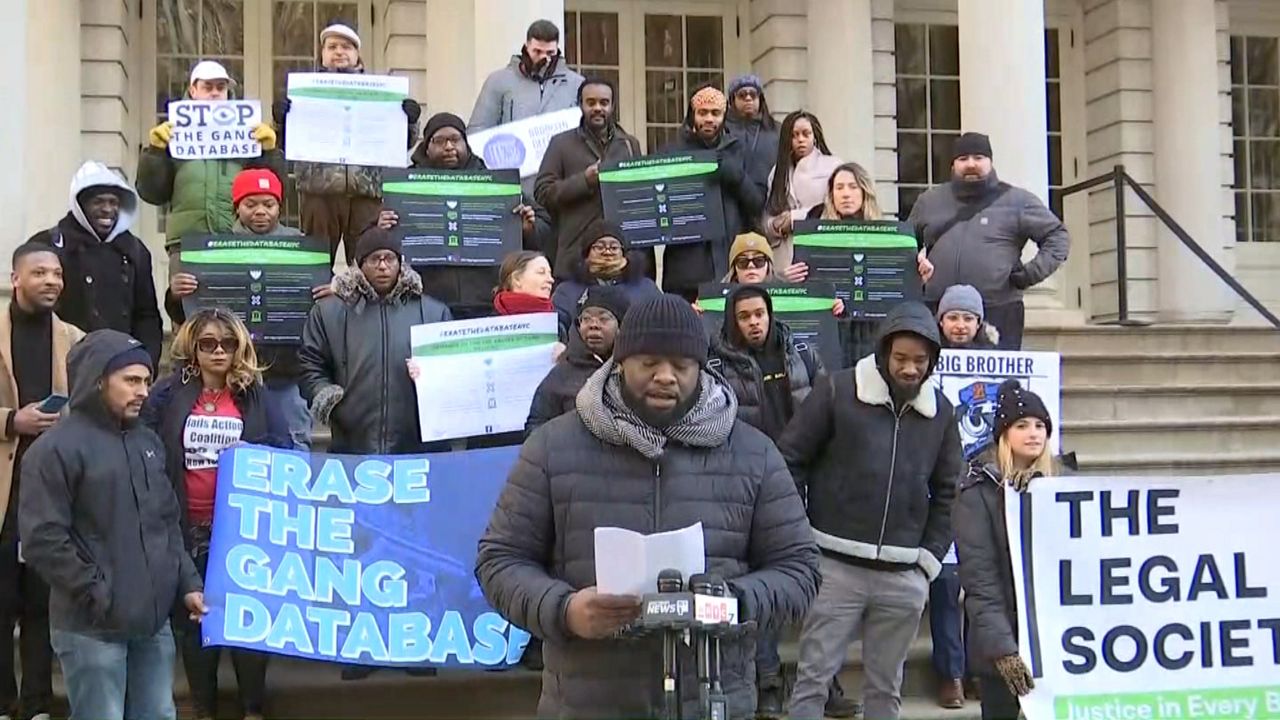 More than three years ago, federal agents arrested Kraig Lewis in what was called the largest gang takedown in the city's history. The defendants - 120 of them, most from the Bronx - became known as the Bronx 120.

Lewis wasn't even living in the Bronx. He was arrested in Connecticut, where he was in business school studying for his MBA.

But he says his name had been in a controversial NYPD database of alleged gang members because he was a rapper who performed with members of the 2Fly YGz gang.

“It actually wasn't a gang raid,” Lewis says. “It was a community raid because 60 people weren't in the gang.”

Criminal justice advocates are now calling on the NYPD to abolish the gang database, arguing it's responsible for the monitoring and arrest of black and Latino people who are not gang members, and in some cases have not committed any crimes.

The rally was held as the Policing and Social Justice Project, an organization based at Brooklyn College, released a report arguing both the database and the NYPD's gang unit should be dismantled.

It follows a study by the CUNY School of Law this year that said half those arrested in the Bronx 120 Sweep did not belong to the gang and two-thirds weren't convicted of any violent crimes.

“New York City has made a major mistake in framing the problems in poor communities of color as gang problem,” said Alex Vitale, a sociology professor at Brooklyn College.

The NYPD says it has cut the database nearly in half, to about 17,500 people.

But leaders of the “Erase the Database Campaign” say even by the NYPD's own criteria, people can be in the database for non-criminal activity. In effect, they said, it leads to the monitoring of some people based solely on who they know and where they live.

“The gang database does not stop crime,” said Victor Dempse, of the Legal Aid Society. “It enhances collateral consequences, surveillance, harassment and punishment.

Advocates argue if the city wants to make neighborhoods safer it should invest in community centers, job training and programs aimed at getting teenagers off the street.

“We know what helps prevent crime. We know what we really need. We know we need investments in our community,” said Althea Stevens, a member of the East Side House Settlement.

“I'm not in the streets, I'm inactive, but I know I'm on the database because I get pulled over all the time,” he says.