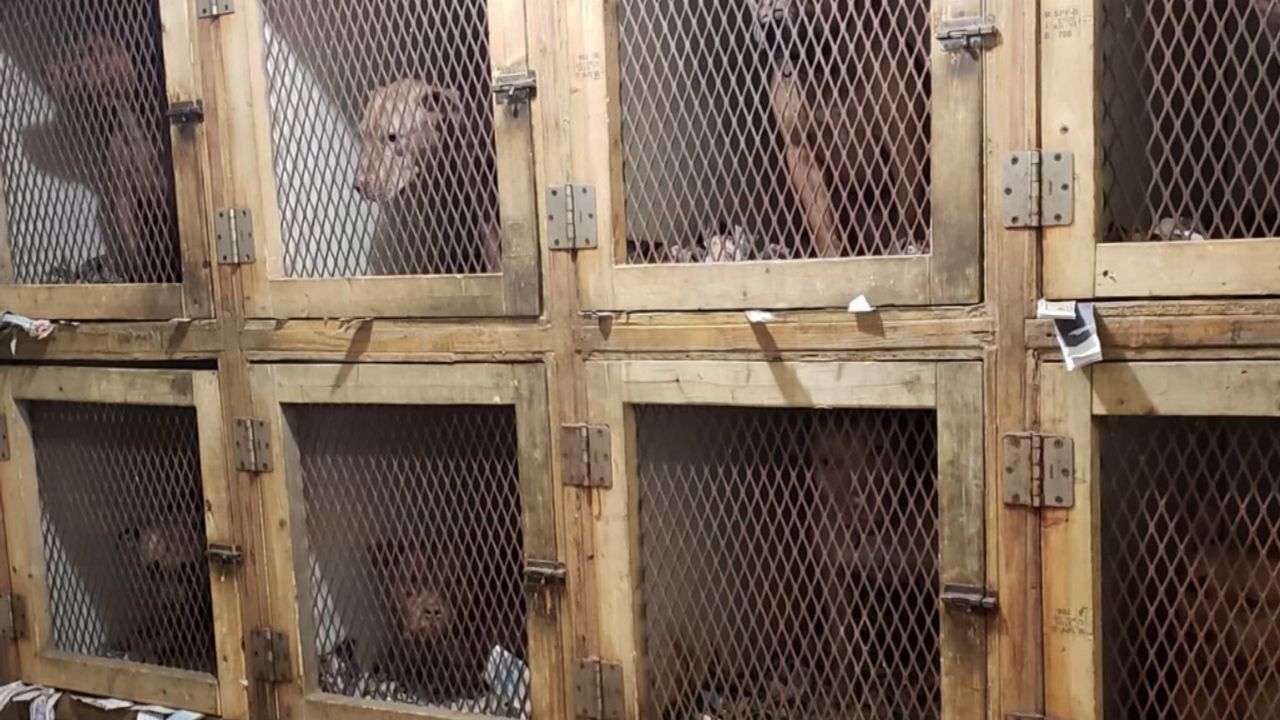 Dozens of dogs seen here are caged up and only let out to train and to fight.

Ten of them live in the basement of this Washington Heights building.

“It’s horrible. I did not know his was going on at all,” said one tenant.

The building Super, Jose Rivera along with three other men is being charged with operating a dog fighting ring and abusing dogs for over a year.

Tenants say they were shocked to learn Rivera, a dog owner himself, was allegedly part of the operation.

“What was ironic was our dog hated him and he loves everyone. He actually came in and put a washer and he went crazy. Every time he came around he was going insane. So it was kind of weird other than that we had no idea, which is kind of scary,” said another tenant.

During an investigation, a search warrant led to the seizure of 29 dogs and related dog fighting equipment.

“I don’t even know what to say right now. I’m in shock,” a third tenant added.

Each of the men had a different role in the operation, according to prosecutors.

Benito Gittens, who worked at a veterinary clinic, would perform medical treatments on the dogs so they could continue to fight or euthanize the ones too badly injured.

Evan Fuentes trained dogs in his home and handled them during fights.

While Rivera did the same but in the basement of the building he was employed as a live in super.

A frozen dead dog was also found in his freezer.

“It’s is a dog friendly building so every time you go up the stairs you hear dogs bark because they get a little spooked. But no I never heard anything from the basement,” one tenant said.

Rivera the super of this building will also be charged with drug and weapon possession as well as operating as a major trafficker at his arraignment on Monday.