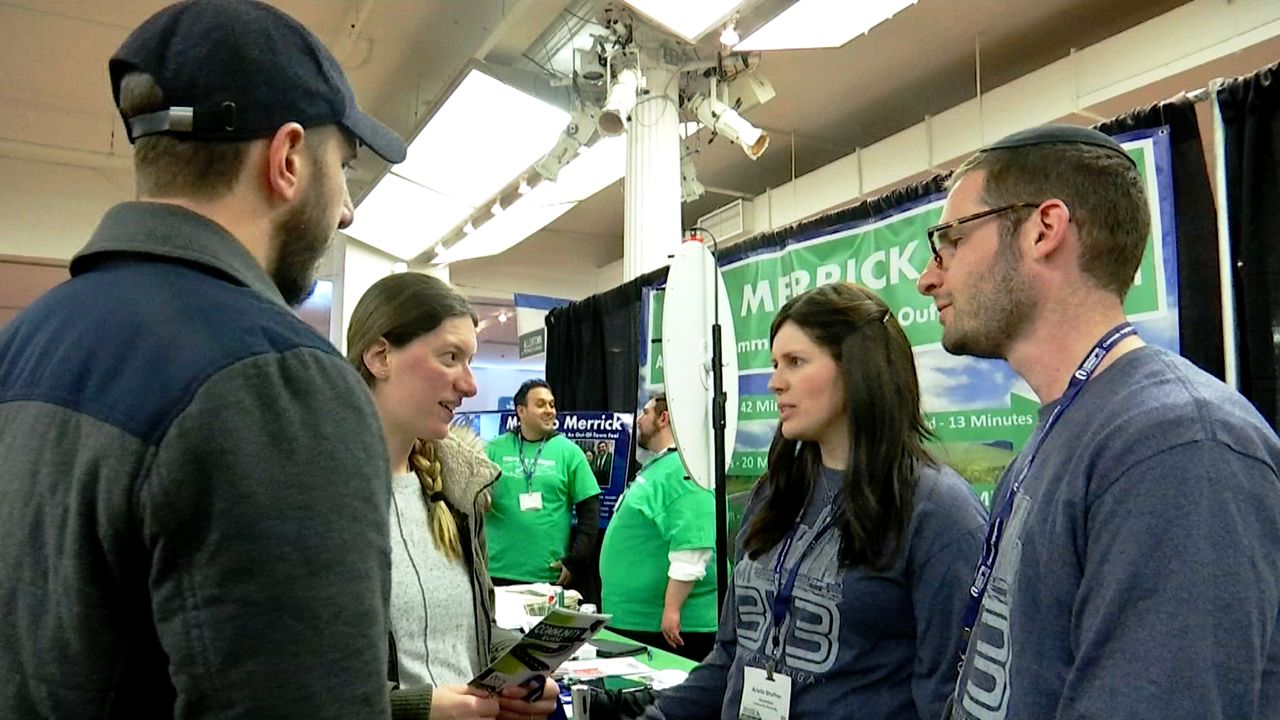 NEW YORK - Like so many, the promise of more space and a lower cost of living elsewhere has drawn families like the Sakalds of Queens to consider leaving New York City.

They were one of thousands attending the Orthodox Union Home and Job Relocation Fair Sunday at the Metropolitan Pavilion where 63 Jewish communities across the country and in Israel are offering housing, education and job incentives for families to move.

"This is just like scouting out without having to go all the way to the other communities," said one fair attendee.

The Shaffern family, originally from the tri-state area, say moving to Michigan has improved their quality of life.

One of the Jewish schools in their town outside of Detroit is offering two-year free tuition. Rabbi Avi Anderson of Las Vegas says there are education options too, plus kosher restaurants to enjoy among many other pluses.

"And there’s no state income tax—and when you drive to work you’re not paying tolls, so overall it’s so much more affordable to live in Las Vegas," Anderson said.

While organizers say it is a challenge to leave New York City, where 13 percent of the population is Jewish, young families can help enhance Jewish communities across the country.

"A relatively small number making a move to another community has a huge impact on the community they’re going to, and much less an impact on well-established and very, very large communities here," said Orthodox Union Executive Vice President Allen Fagin.

Last time the event was held back in 2017, 250 families decided to take the leap and move away from New York City. And organizers say this year, they expect many more to relocate.