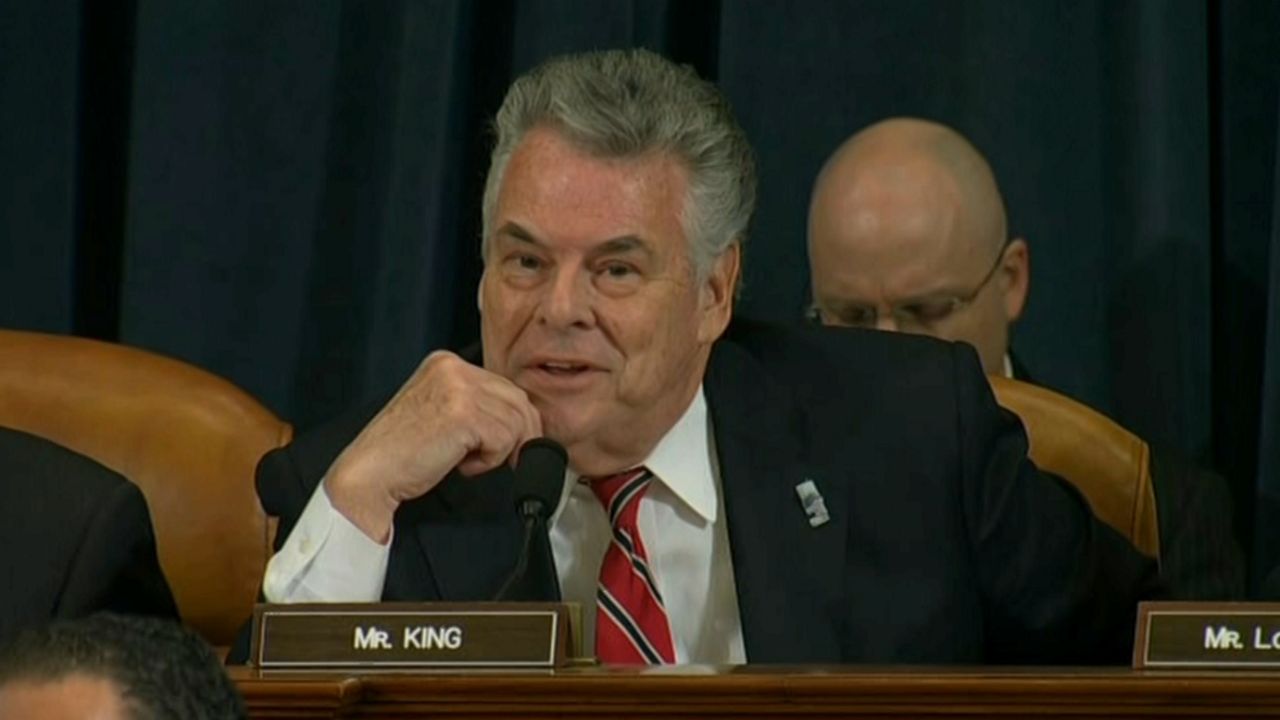 Congressman Peter King has watched his district get bluer and bluer, even after Donald Trump won the presidential election in 2016.

"He has broken every rule of politics. Re-written the book on politics. And yet he won," King said.

Known for his personal relationships with fellow lawmakers and an ability to often reach across the aisle and work with Democrats, King drew praise from his colleagues, including Senate Minority Leader Charles Schumer who tweeted, in part, "Peter King stood head and shoulders above everyone else. He's been principled and never let others push him away from his principles."

“The majority of the American people say they want cooperation, they want bi-partisanship. But they are not the people who vote in primaries,” said King. “In a bad year, 90% of incumbents get elected in November. That’s not what you worry about. You worry about the primary.”

King says he has never seen such bitter partisanship in Washington as there is now. In 2012, he worked closely with Democrats to secure a $60 billion federal bailout package for New York and New Jersey in the aftermath of Hurricane Sandy.

It was King who stood up to members of his own party, including then House Speaker John Boehner.

“Well, what I’ll miss about Congress is being out of the arena. And the reason I say that is because I remember Bill Clinton, the morning after 9/11, he realized he was all set to do things. Then realized he couldn’t do anything,” King said.

But King's district is changing. Democratic enrollment of new voters has far outpaced Republican enrollment in both Nassau and Suffolk Counties and Barack Obama narrowly carried the district both in 2008 and 2012.

“Yeah, there is no doubt the ground is shifting,” King said. “But last week’s election showed Republicans can win if they run good campaigns. I mean, I think if you’d told people the week before Election Day that the town supervisor Laura Gillen was going to lose, they would have told you you were crazy.”

Liuba Grechen Shirley, a political newcomer, challenged King last year and  got 47% of the vote to his 53%. Grechen Shirley says she is seriously considering running again. A Suffolk County Democratic legislator has already announced that she is running. Republicans have not yet selected a candidate.