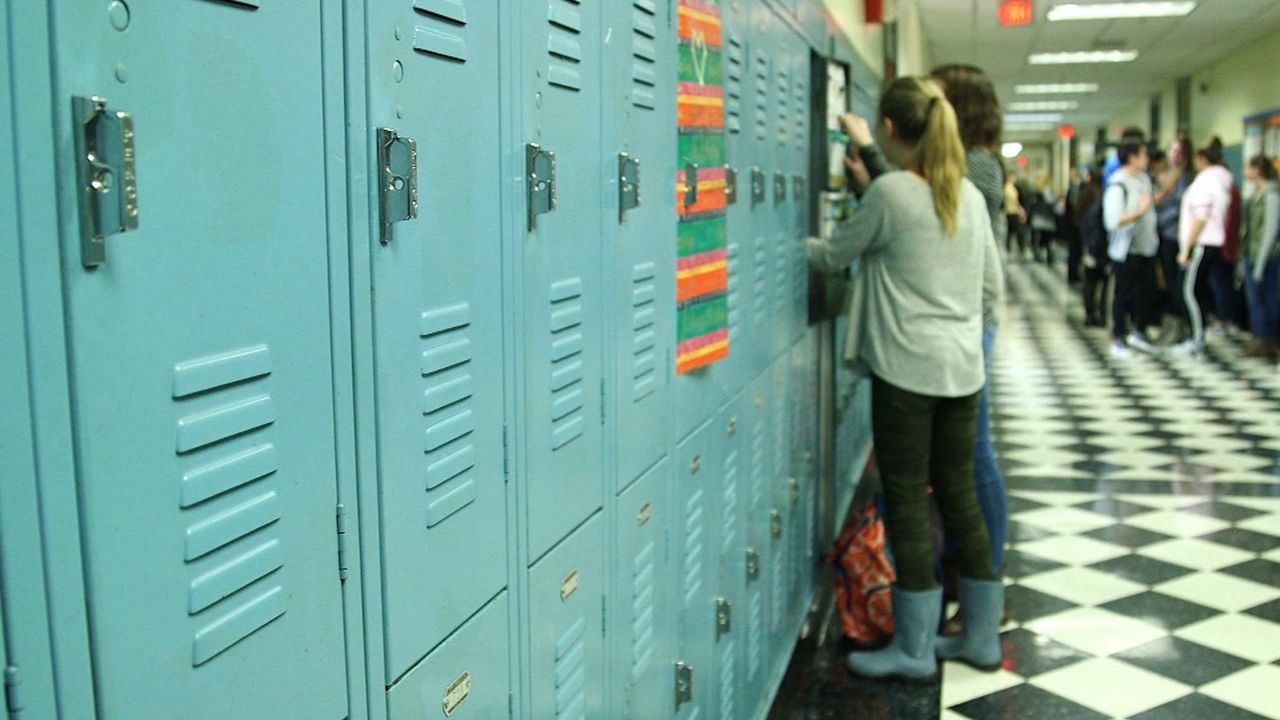 One in 10 NYC Public School Students Are Homeless, Report Says

More than 114,000 students were homeless in New York City in the last academic year. Put another way, that's one in every ten children in the city's public schools, according to a report from Advocates for Children.

"Over the past decade, the number of New York City students who are homeless has increased by 70%. This past year we did see a decrease of about half a percentage point, but the number has remained stubbornly high, tipping 100,000 for the fourth consecutive year," says Randi Levine, the policy director at Advocates for Children.

Nearly 74,000 of the homeless students were “doubling up,” meaning they stayed with relatives or family friends.  Another 34,000 lived in shelters.

The numbers were compiled by a private group, Advocates for Children, from data from the Education Department. As a group, homeless children do not do as well academically as other children — only 57% of homeless city students graduate high school. One reason is that nearly two-thirds of students who live in a shelter are chronically absent from class. The city says it's added resources to help.

“We’ve been providing in-shelter additional counseling, additional academic support; we’ve been providing, obviously, bus service for kids in shelter to get them to their schools and trying to move the families closer to the schools in their home communities," Mayor de Blasio said.

When Cleopathra Dunnah first moved to a shelter in East New York, Brooklyn, her children remained enrolled at a school near their old home in Queens. But Dunnah says the yellow bus service was unreliable.

"For the first week, no bus came to pick up the kids that were going to school out of Brooklyn, and my boys did not like missing school and I did not want them out of school all week," she says.

So, she moved them to a nearby school, a decision she says she regrets.

"I'm not happy with that decision because my youngest son has autism ... they don't give him what he needs," Dunnah says.

Yolandia Davis's children have a more manageable trip. A school bus picks them up each day at the East New York shelter by 6:30 a.m. She says attending their old school in Bedford Stuyvesant lets them focus on something other than shelter.

"Just gives them a sense of being a kid real quick, and not having to deal with the pressure," she says.

"These children are very lovable, normal children, dealing with an unforeseen circumstance and although there are many challenges, they're very much resilient," says Tamara Ortiz, director of children's services at Win, the shelter network.