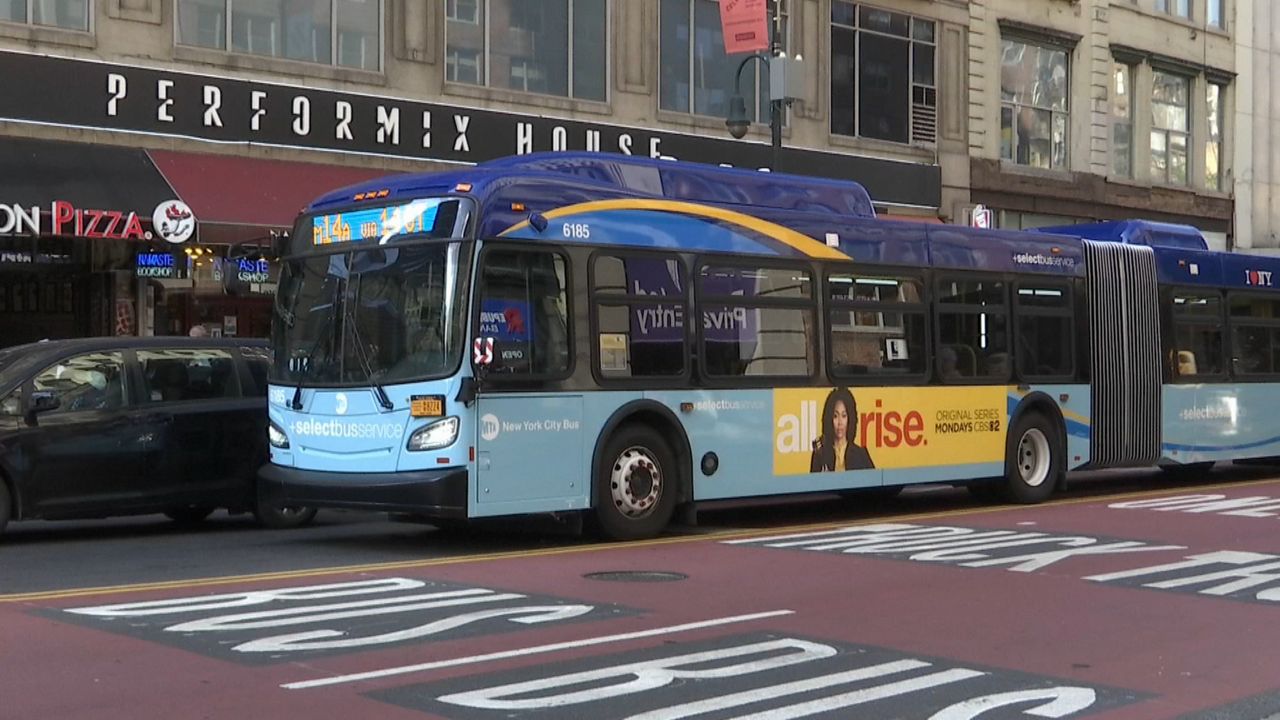 Transportation and transit officials say the city's trial ban of cars from a large portion of 14th Street is paying off.

The new rules of the road began Oct. 2.

All cars are now banned on 14th street between third and ninth avenues from 6 a.m. to 10 p.m., seven days a week, except for cars making pickups or drop offs.

The city says about two-thirds of buses are now completing their routes on time, compared to nearly 50 percent a year ago.

And trips between Third and Eighth avenues are averaging just over 10 minutes, down from 15.

Some of the improvement are the result of the MTA making the M14 a Select Bus Service route - riders pay at kiosks and can board at any door, all to speed service.

Passengers say they notice the difference.

"I'm riding more than ever. Like now, I have an appointment. I jump on the bus, I spend like 20 minutes, half an hour at my appointment and take back the bus," one rider said. "I'm here back before 2 o'clock, before it would be like 2:30."

Ridership appears to have improved since the car ban took effect.

While passengers cheer the car ban, drivers are not so happy.

"The city's already packed, so, it makes traffic worse around here," another said.

But officials say crosstown side streets are not as congested as initially feared.

Two weeks after the launch of the 14th Street busway, MTA officials have in mind other routes where they'd like to give cars the boot. But where and how many, they won't say.