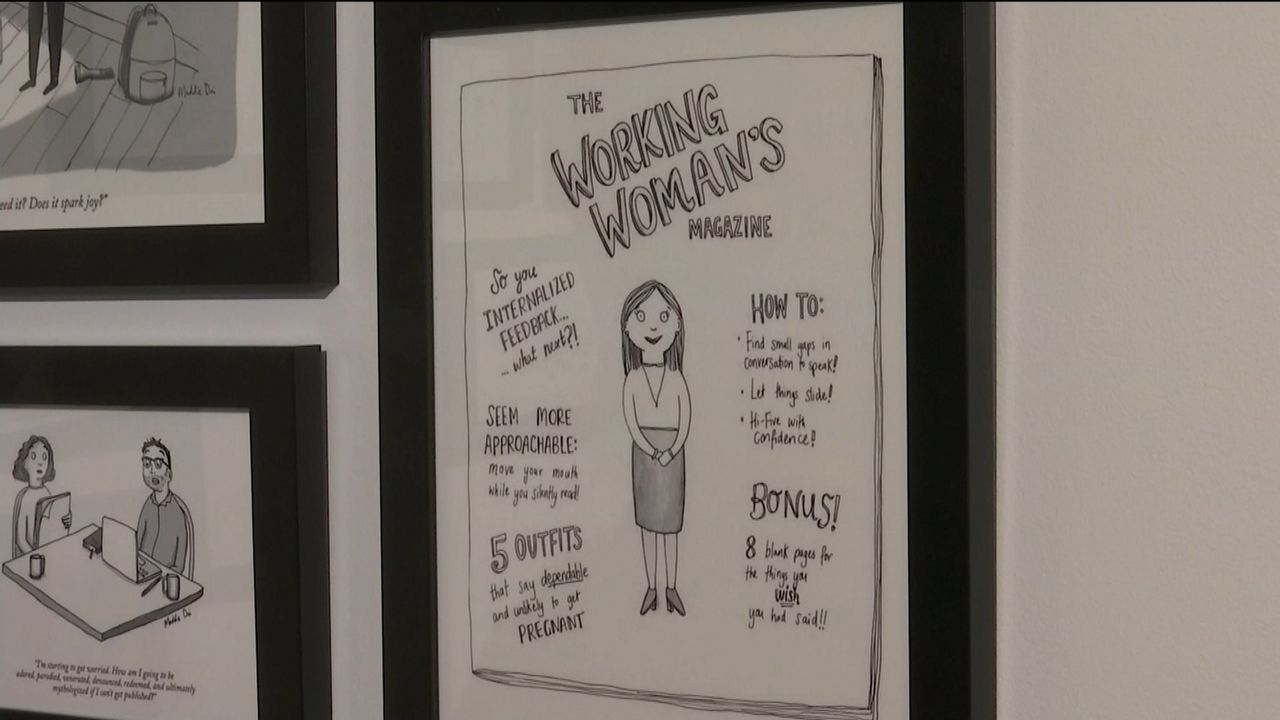 A momentous occasion for Asian cartoonists.

Through January, the Pearl River Mart in Chinatown will display the work of ten Asian Cartoonists who have had their work featured over the years in the iconic “New Yorker” Magazine.

“When we started planning this show it was one year ago and actually the rank of Asian Cartoonist almost tripled in one year. I think it’s amazing it says a lot of where we are in society,” said Joanne Kwong, President of Pearl River Mart.

Since the magazine began, cartoonists say there have been very few published cartoonists of Asian descent.

The earliest known was Monroe Leung, first published in 1949.

It wasn’t until sixty years later they say until another Asian’s work was printed in the magazine.

Amy Hwang, one of the co-curators of the exhibit, saw her work in the New Yorker back in 2010.

“A lot of these artists who are up right now are still just beginning their careers. It just seems like just the start,” said Amy Hwang Co-Curator and Cartoonist.

Curators say the exhibit name Asian babies are twofold. Cartoonists refer to their work as their babies while also represent the early stages in Asian representation in the industry.

“The last year has been really a big year for Asian Americans in culture with like crazy rich Asians and movies and all the stuff that is coming out. So it is really great to see how many people are showing up for Asian Americans,” said Christine Mi, a Cartoonist.

Some of the work in the exhibit has been published, others have never been seen.

Many have references to Asian culture, while others are broader.

But they bring together a small yet strong community.

“I feel like even though we are all Asian our work is so different, we have unique styles and it is really great to see that next to each other,” said cartoonist, Suerynn Lee.

The exhibit will be on display through January 12.

Bringing a growing community together in the heart of NY’s Asian culture.