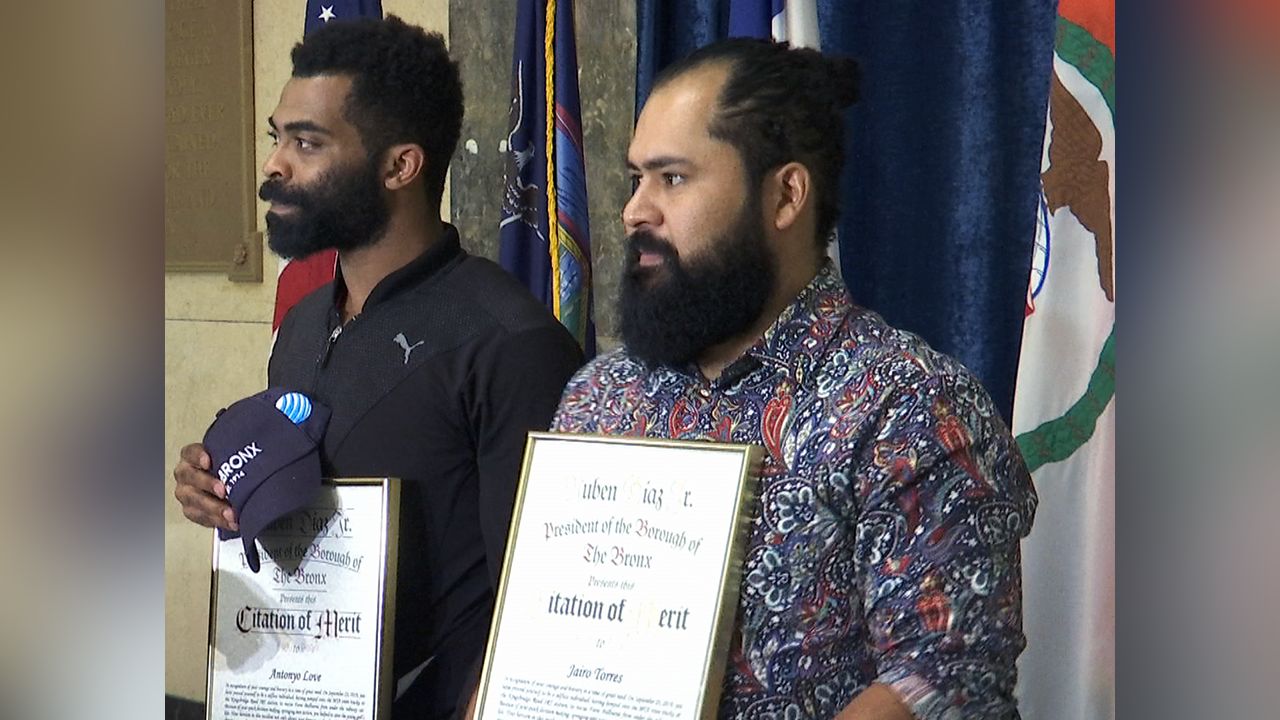 Two men who pulled a little girl from underneath a train in the Bronx, after her father jumped in front of it with her in his arms, were honored Wednesday.

"I'm sorry for the family. I tried to go back and get the husband but. Sorry, everyone. I tried, I'm sorry," said Antonyo Love, one of the men who rescued the child.

Two cellphone videos show the rescue of a 5-year-old girl from underneath a 4 train in the Bronx. Police say the girl was with a man when the man jumped onto the tracks. The girl is currently being treated for minor injuries. The man was pronounced dead at the scene. pic.twitter.com/EFXjAyYTgC


Jairo Torres and Love were awarded certificates of merit Wednesday in Concourse by the borough president for jumping into action.

Dramatic video from Monday showed them on the tracks, helping the five-year-old to safety as she slowly crawled from underneath a 4 train at the Kingsbridge Road Station. She suffered some cuts and bruises, but her father was killed.

"Everything happened so fast, in seconds," Torres said. "And then I see the father without moving, they jumped on the track."

The girl was treated at the hospital and reunited with her mother.