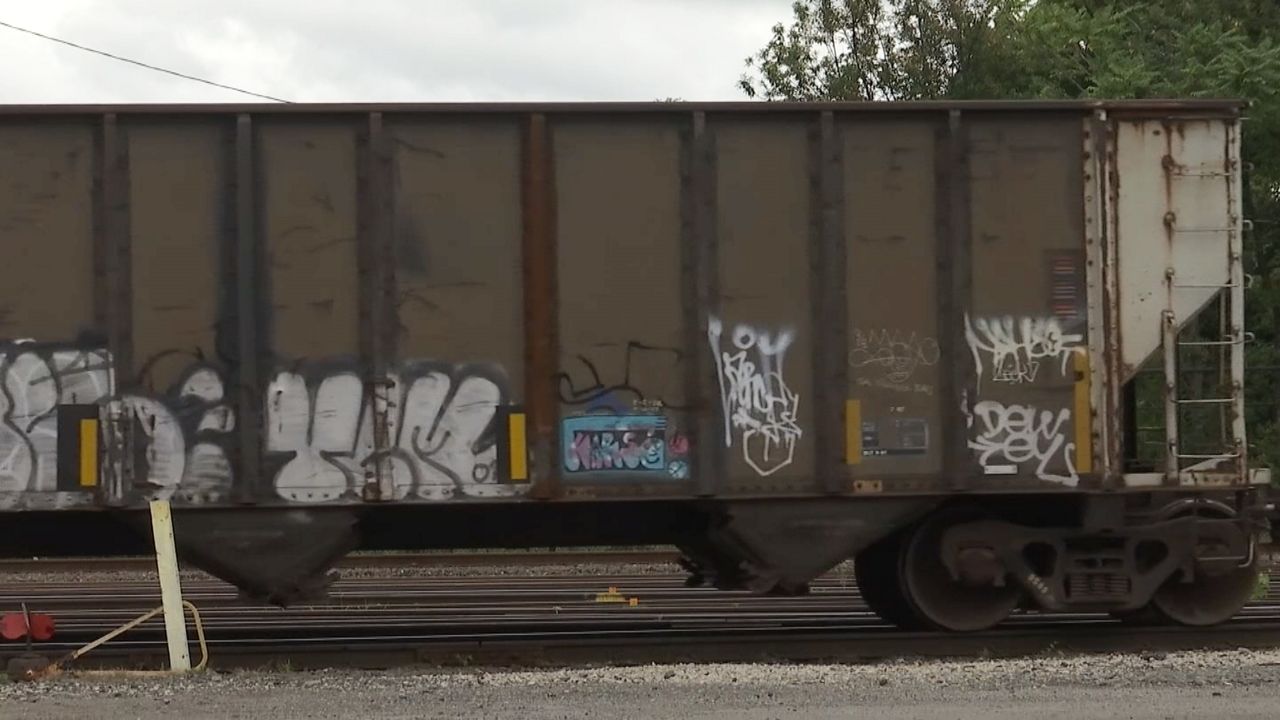 A Big Stink (and Noise) in Queens: Residents Fed Up with Idling Freight Trains

Some Queens residents have become accustomed to the sights and sounds of trains of the New York & Atlantic Railway, a freight line that the railway began operating 22 years ago, taking over the Long Island Rail Road's freight operations.

In Glendale, Middle Village, and Richmond Hill, the freight trains use a former commuter line, creating a problem for people living nearby.

William Gati says he hears the rumble of the locomotives at all hours of the day and night. But he said the noise hit a whole new level last month.

"A train was idling here for a whole weekend!" the Richmond Hills resident said.

Gati said he complained and was told a tree had blocked the path of the train, an explanation former New York & Atlantic Employee Pasquale Cuomo called absurd.

"They can't move through — well, turn off your engine!" Cuomo said.

While the freight trains have been running for years, residents say they have become more frequent.

Some are concerned about the environmental impact of the idling trains. They say the old locomotives, some dating back to the 1970s, belch diesel fumes.

There's also the smell of garbage from cars hauling trash.

"We have all this garbage going past our homes, going past our schools, idling diesel," said Tony Nunziato of the Juniper Park Civic Association. "So now we have a rule you can't idle a vehicle more than five minutes. Meantime, you have diesel fuel spewing into people's backyards."

State Sen. Joseph Addabbo has introduced legislation that would mandate covers for the garbage cars. He hopes it will pass in the next legislative session.

"All it does is put a lid on the container, to contain the debris and also the odor, and obviously the emissions there," said the Democratic state senator for parts of Queens.

An LIRR spokesman said construction waste can be transported under netting in open cars but municipal solid waste can only be shipped in sealed containers.

A New York & Atlantic Railway spokesman denied the complaints, saying the company has been proactive in reducing idling by its engines. But he said the railroad has signed a deal with the LIRR to change the fleet, bringing in more modern locomotives that meet the highest emissions standards.