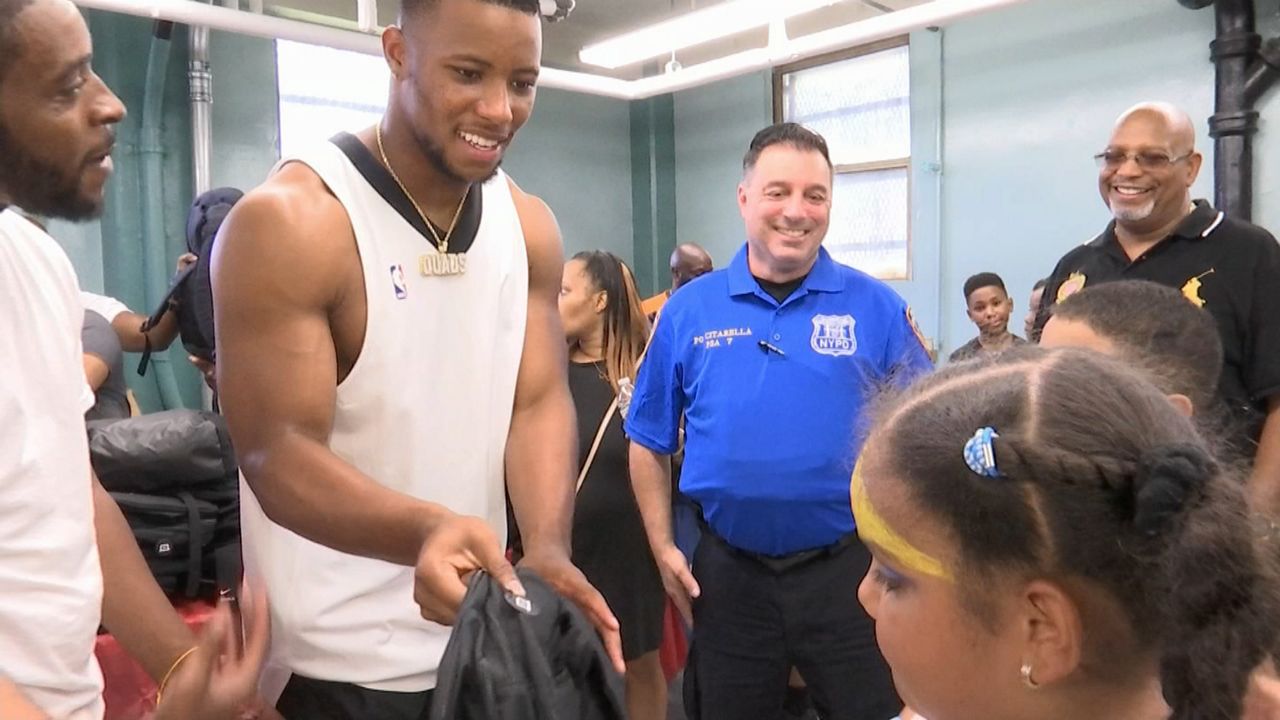 Instead of scoring touchdowns this weekend, New York Giants Star Saquon Barkley handed out free book bags and school supplies at the Patterson Houses in the South Bronx.

"Anytime you're blessed in a position where god blesses you to have an impact on your community and an impact on other people, you want to take advantage of that,” Saquon said while delighted kids swarmed around him. “I'm just blessed and fortunate enough to be able to give back."

The superstar NFL running back was born in the Bronx, but his family moved when he was a boy. Many of his relatives have lived in the borough for years.

"He wants to give back to the community and that is what we did. He said, 'Make it happen.' We made it [happen],” said Tonya Johnson, Saquon’s mother.

Barkley's great uncle is retired boxing champ Iran Barkley. He was also at the event.

"I'm having excitement watching them and how they jump up for Saquon. I am saying, ‘Wow, you know, this is great,’" said Iran.

"What their presence is doing here is lifting our kids up right before they start their school year,” said Bronx Borough President Ruben Diaz Jr. “It's important, it is amazing. It is a big, big deal."

Adults and children who live in the Bronx neighborhood say it is truly an inspiration to get school supplies from the Barkley family.

“It's a big thing, though, because a lot of people don't see other celebrities nowadays and he comes from the bottom, so it’s good how he is supporting people in these streets that's still struggling to get book bags,” said one Bronx child. “He did some nice things, that's a really nice guy."

"It means a lot because I like Saquon. He is one of my favorite football players," said another child.

The-22-year star had some advice for the young people, too.