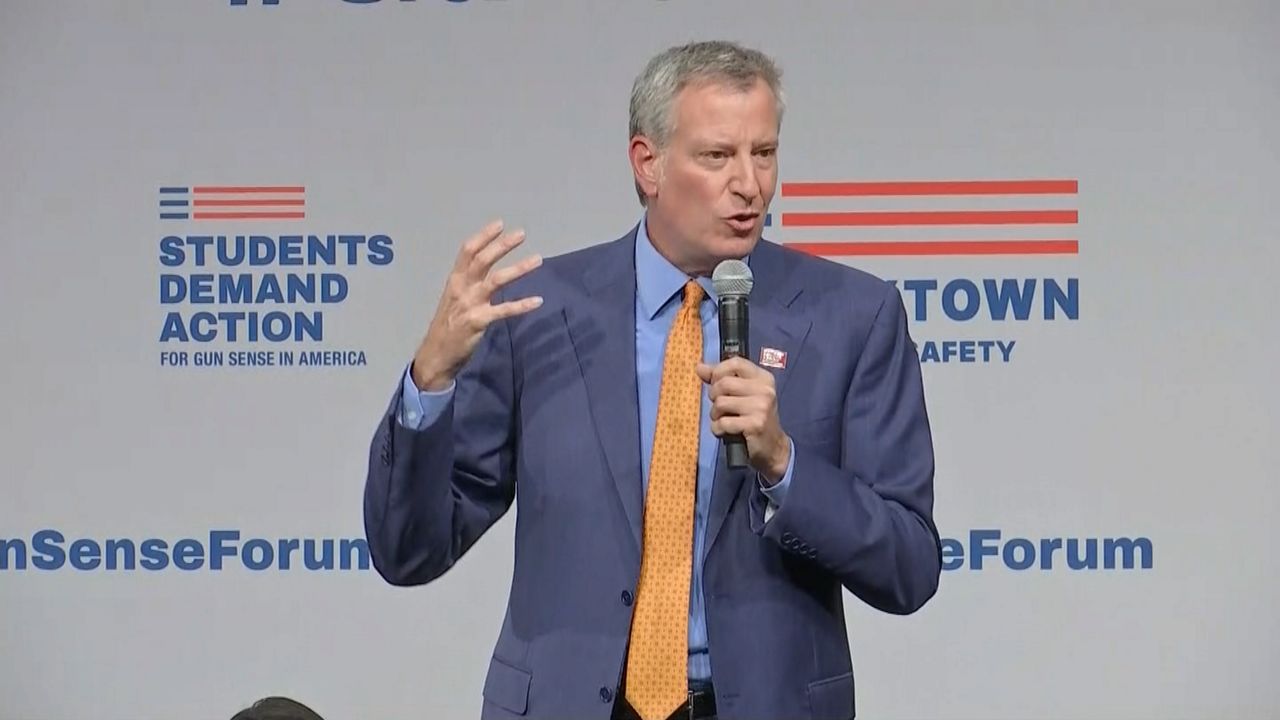 Sixteen Democratic candidates in all passed through Saturday's gun safety forum hosted by former Mayor Bloomberg’s group, Everytown for Gun Safety.  Mayor de Blasio’s late slot meant much of the crowd had cleared out, but he did his best to grab some attention.

"They have to feel our wrath,” de Blasio said to the crowd.

"They" in this case includes Walmart, which has come under increased pressure to stop the sale of guns after the mass shootings in El Paso and Dayton. De Blasio went a step further, calling for a boycott of the retailer, saying it puts profits over human lives.

"I say we take money out of the hands of Walmart, or anyone who is threatening our communities. Just take the money away from them,” he said.

He also continued to bash President Trump on the gun issue.

"Take those tiny little hands of yours, pick up the phone, call Mitch McConnell, and say, ‘the Senate has to vote for gun safety measures right now,’" de Blasio said.

Later, De Blasio had a chance to hone his stump speech before a group of Democrats.

“No place has borne the brunt of Republican policies more than rural Iowa,” he said.

That speech included references to his son, Dante, now a paid advisor, who de Blasio said helped prep him for his recent Fox News interview with Sean Hannity. Overall, the crowd in Iowa seemed receptive.

De Blasio told NY1 he’s only ever shopped at a Walmart once, a long time ago, in New Hampshire, and only because it was the only store nearby. De Blasio will spend Sunday afternoon at the Iowa State Fair, famous for its fried foods and the political speeches made by presidential candidates every four years.