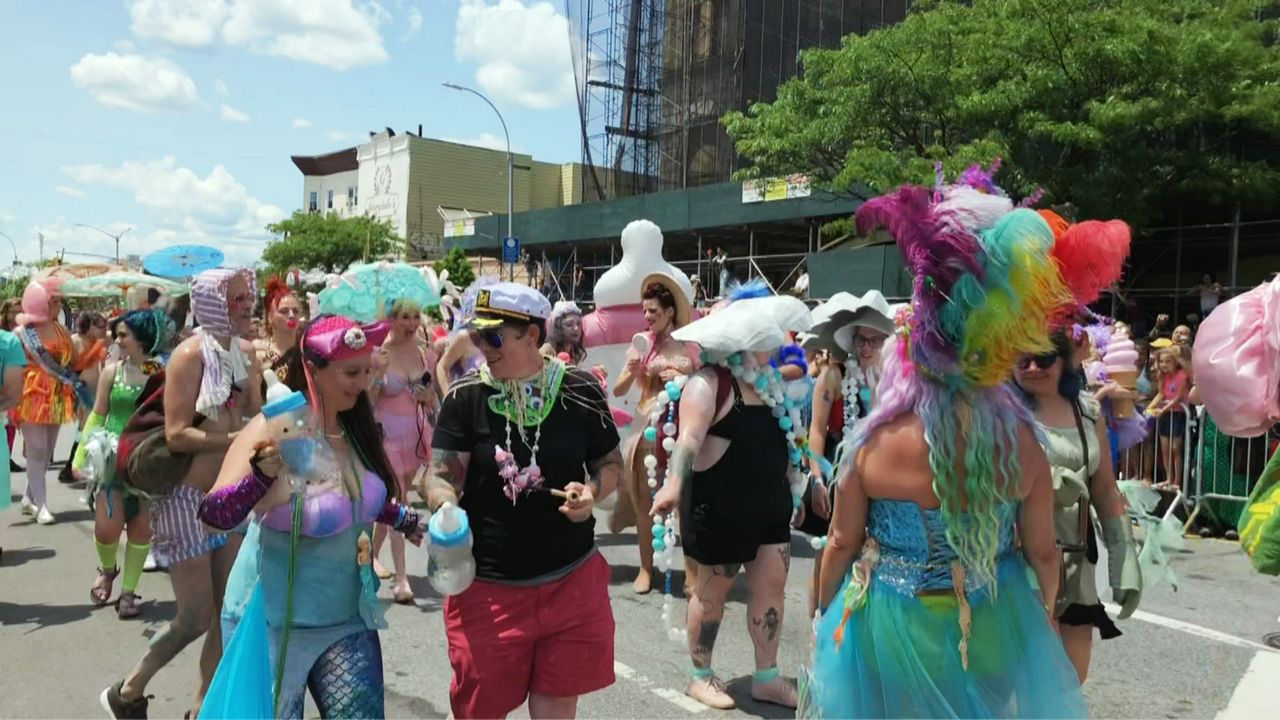 It's the one day a year when mermaids walk on two feet, making their way down Surf Avenue in Brooklyn.

Others choose to glide on floats, while some dance along the way.

All of them are decked out in costumes too good to be concealed under the sea.

"It was great," said one paradegoer. "We're just spectators. My mom came in from Chicago. We've been planning to do this for years."

The Mermaid Parade marked its 37th year on Saturday. Ut started as an effort to draw attention to the Coney Island art scene, and is now the largest art parade in the nation.

"People can be themselves," said one paradegoer. "It doesn't matter if you're young or old or skinny or fat or straight or gay. You can just be you."

The large parade consisted of 30 antique cars, 20 motorized floats and more than a dozen large, loud marching bands, as well as 3,000 of the city's artists putting their creativity to the test, and some of the most unique nautical-themed costumes anywhere. The hundreds of thousands spectators also dressed to impress.

"I loved it. Can't wait," said one paradegoer. "We saw some great costumes. Going to do it again."

"I went on eBay and bought as many things as I thought would inspire me to look like a mermaid," said another.

Unlike most parades, this celebration has no ethnic or religious connection. But it does bring New Yorkers together for this summer tradition.