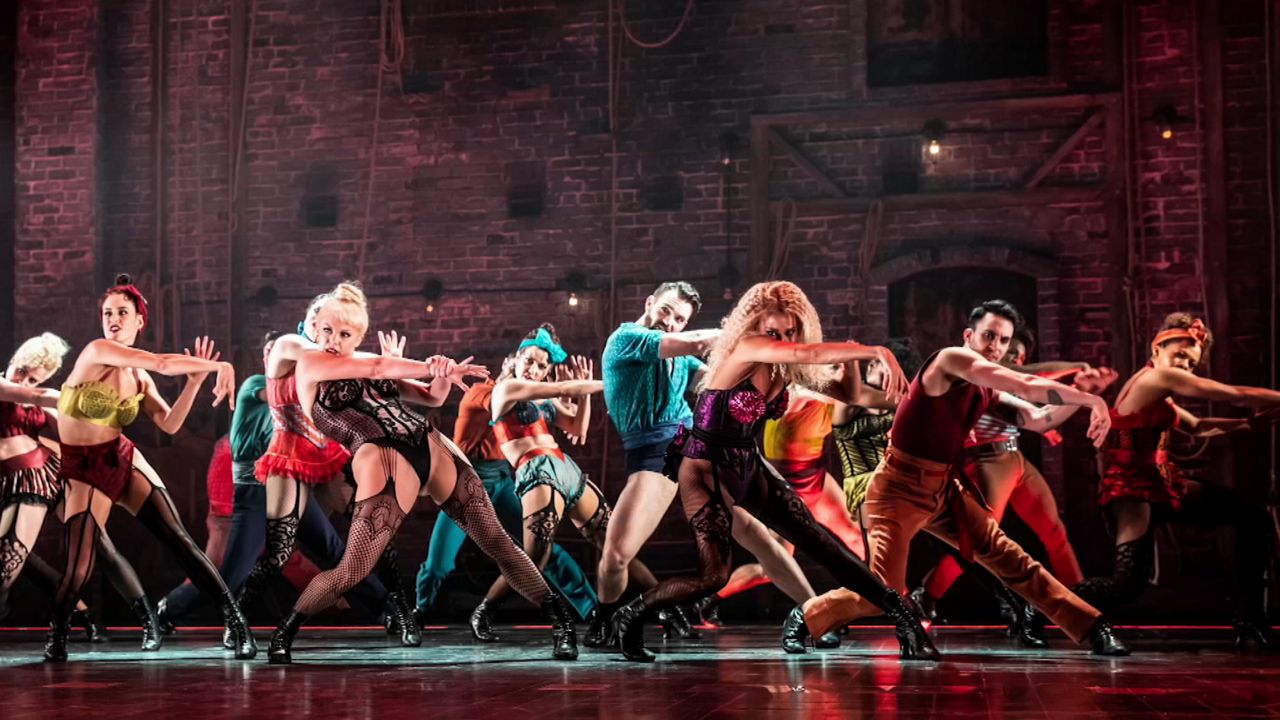 Baz Luhrmann’s hyper active love story “Moulin Rouge” premiered on film in 2001 and it became a fan favorite. Set in 1899 with an anachronistic score comprised of contemporary hits, its focus on the famed bohemian club in Paris seemed destined for the live stage and indeed it may have taken 18 years to get here but it’s so worth the wait. With 70 songs now and a company of sublime creatives, this is truly a spectacular spectacular.

With tongue in cheek and heart in hand, not to mention assorted other body parts splitting, contorting and can-canning up a storm, “Moulin Rouge” is a jukebox musical on steroids. And thanks to a very savvy adaptation from book writer John Logan and director Alex Timbers, it’s paced for maximum pleasure. Still erotically antic with near non-stop dancing courtesy Sonya Tayeh’s exhilarating choreography, it’s also emotionally engaging, which says quite a lot for a show that doesn’t seem to take itself all that seriously.

But of course there’s tremendous method to the seeming madness with a huge bow to Justin Levine, who is credited with music supervision, orchestrations, and arrangements. Besides the original song list featuring such standards as “Lady Marmalade,” “Roxanne” and Elton John’s “Your Song,” Levine meticulously handpicked an assortment of tunes complimenting each scene. And that includes selections from The Rolling Stones, Adele, Lady Gaga and Phil Collins to name a very few. You have to marvel at the way Levine cleverly wove some 25 song fragments together to create an inspired mashup of love tunes for the two leads.

And that brings us to the boffo cast. The story, something of a riff on La Boheme by way of “Rent” with echoes of “Cabaret” indeed features an emcee character played by the great Danny Burstein. The two lovers, Aaron Tveit as Christian and Karen Olivo as the consumptive Santine, are simply divine. Tam Mutu is appropriately vile as the villainous Duke; and very special mention to the fabulous Sahr Ngaujah and Ricky Rojas as Toulouse and Santiago. It’s all dressed up in a dazzling display of costumes, sets and lights combining to make for a Broadway hit for the ages.

Just as the jukebox musical seemed to have run its course, along comes “Moulin Rouge!” with its message of truth, beauty and freedom and suddenly we’re in love again.