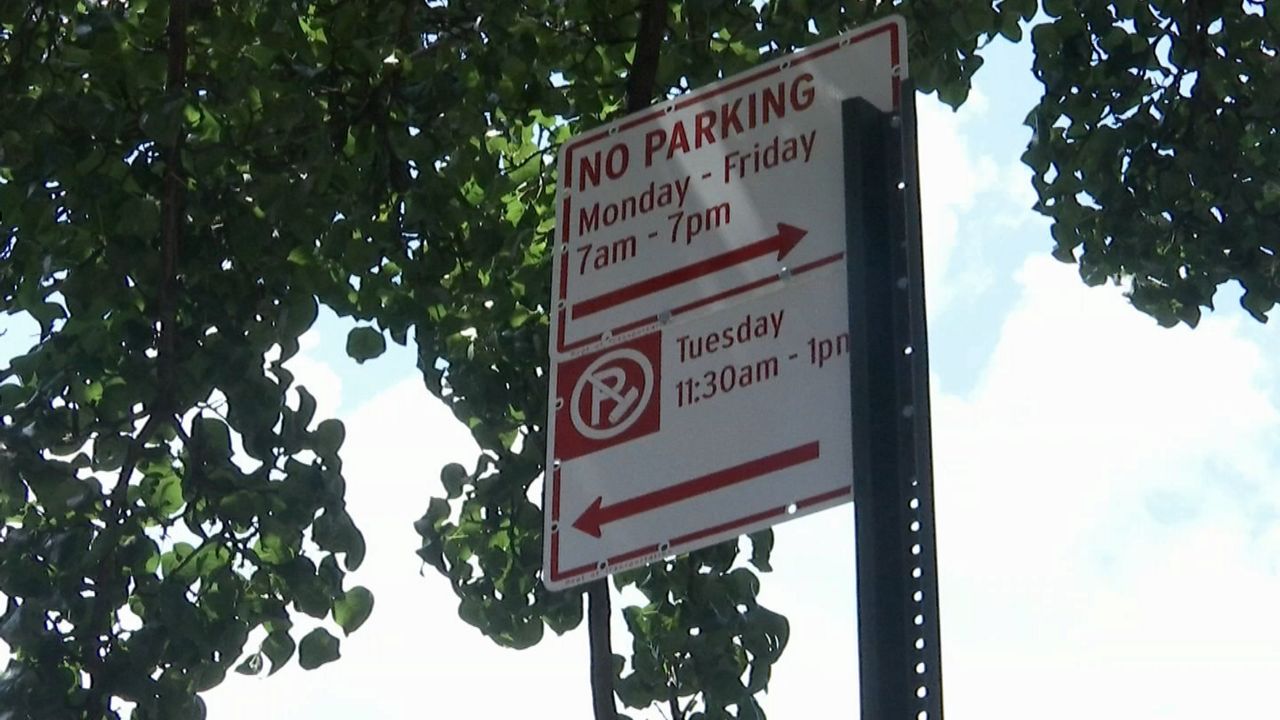 Sharon Holliday says it can be tough to nab a parking spot near her home in Brooklyn's Clinton Hill.

Now, it's even harder.

There was a new sign in front of their home on Greene Avenue that reas, "No Parking, Monday through Friday, 7 a.m. to 7 p.m."

“I was, of course, alarmed and I came home immediately to find the DOT person here installing the signs," Holliday says.

The city says it’s a new residential loading zone, though there's nothing on the signs that lets drivers know that.

Similar zones have been created on 12 streets, across each borough. The streets are typically narrow and have a bike lane or bus route running through them.

Transportation Department officials say the goal is to give vehicles space along the curb to pick up and drop off passengers, and load and unload packages or belongings, so they don't have to double park.

They said they gave notice to community boards and local council members about the pilot program. A web publication, Kings County Politics, first reported the pilot.

But the new loading zones are still causing whiplash among surprised residents, especially after the city began issuing tickets to, clamping boots on, and towing offending vehicles.

"I counted the signs myself, there's like 11 of them," Clinton Hill resident Ferdinand Morton says. "That's 22 spots, parking spots, gone."

And double parked cars can still be found on the street.

"They didn't even bother to adhere to this," Morton says.

Other residents complain the signs only add to the confusion.

"The signs don't make sense," a resident said. "I think the sign should say 'reserved for picking people up,' then the stated purpose gets us to do what needs to get done."

But not all the feedback is negative.

Some agree with the city that eliminating double parking will improve traffic safety, especially for cyclists.

"It's hard for a cyclist who just want to get to where they're going and so that the city is thinking about it, especially with all the deaths of people on bicycles recently is like important that they're at least thinking about it," said a cyclist in Manhattan, near one of the new residential loading zones, this one on W. 16th Street and Eighth Avenue.

Drivers in Clinton Hill will have to get used to checking for No Parking signs along Greene Avenue. The Department of Transportation says the pilot program will run for a year, to see if more loading zones should be created across the city.