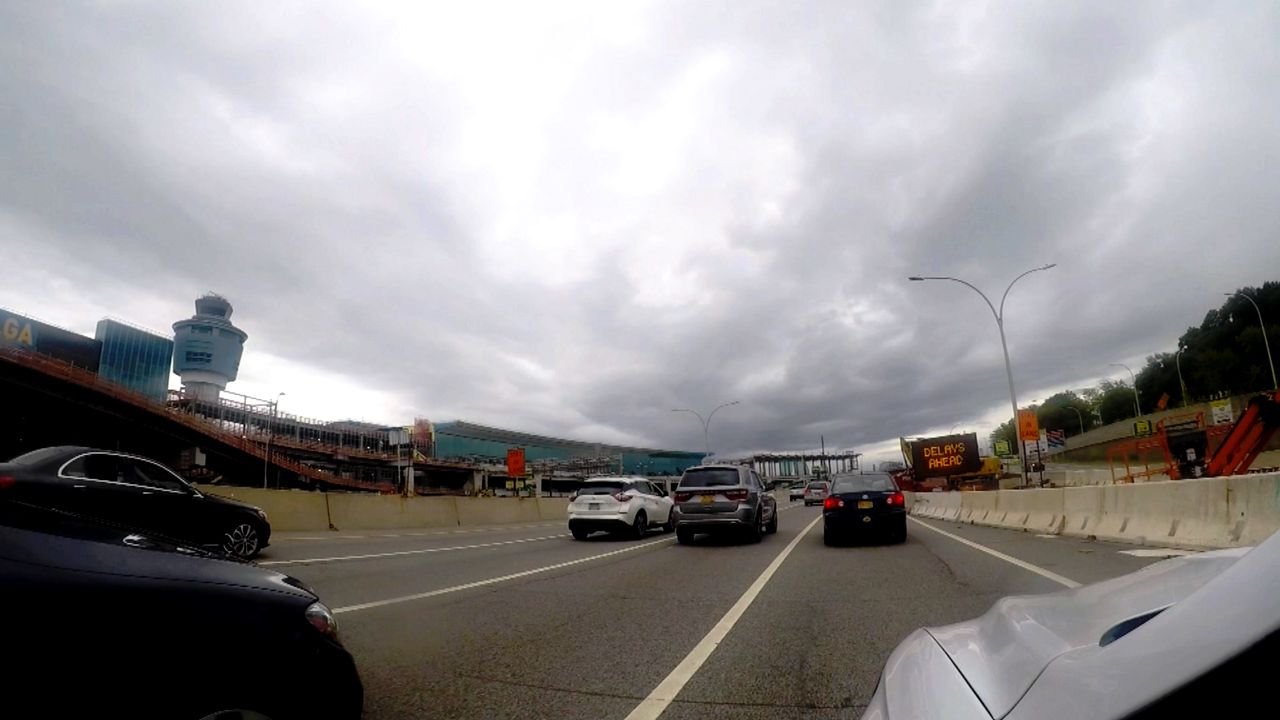 QUEENS, N.Y. - Alfredo Fredericks is no stranger to the cars and traffic that loop around LaGuardia Airport. He has even purchased a "no parking" cone to deter people from blocking his driveway.

"Sometimes they can't get into the airport, so they make this as a detour," Fredericks said.

Fredericks lives walking distance from the airport. He says traffic in his residential neighborhood has only gotten worse since the airport overhaul began in 2016.

Business owners like Angelo Graci are feeling it too. He says his delivery drivers at Airways Pizza on Astoria Boulevard often get stuck in the traffic jams.

"We notice an increase in the traffic, trucks, noise. You know, and they say it's going to be for a while," Graci said.

Some residents say drivers using wayfinding apps like Waze are discovering shortcuts; detouring off the often backed-up Grand Central Parkway and into side streets in East Elmhurst.

"I didn't know about the app but I hope that the app can be altered, so that it won't show people to go in this direction here," Fredericks said.

Now, a group of community stakeholders is asking Waze to share its data in order to better understand just how many drivers are taking detours on their way to or from LaGuardia Airport.

"Waze gets people the most direct route off maybe major highways and we're somewhat concerned about that,” said Thomas Grech, the president of the Queens Chamber of Commerce.

Grech is one of the members of the Better Way to LGA coalition, a group promoting the proposed LaGuardia Airtrain. They recently sent a letter to Waze, asking the company to "mitigate any negative impact that may arise from your algorithms without necessitating more drastic actions such as road closures."

"We want to make sure they hear us loud and clear," Grech said.

A spokeswoman for Waze tells NY1 in part, "Waze will never create a traffic jam where one doesn't already exist."

She explains the app uses algorithms taking a number of factors into account, including driver input, road conditions, real-time speeds and historical traffic data to direct drivers to the most efficient route.

It's a route Fredericks hopes is not leading to his home.