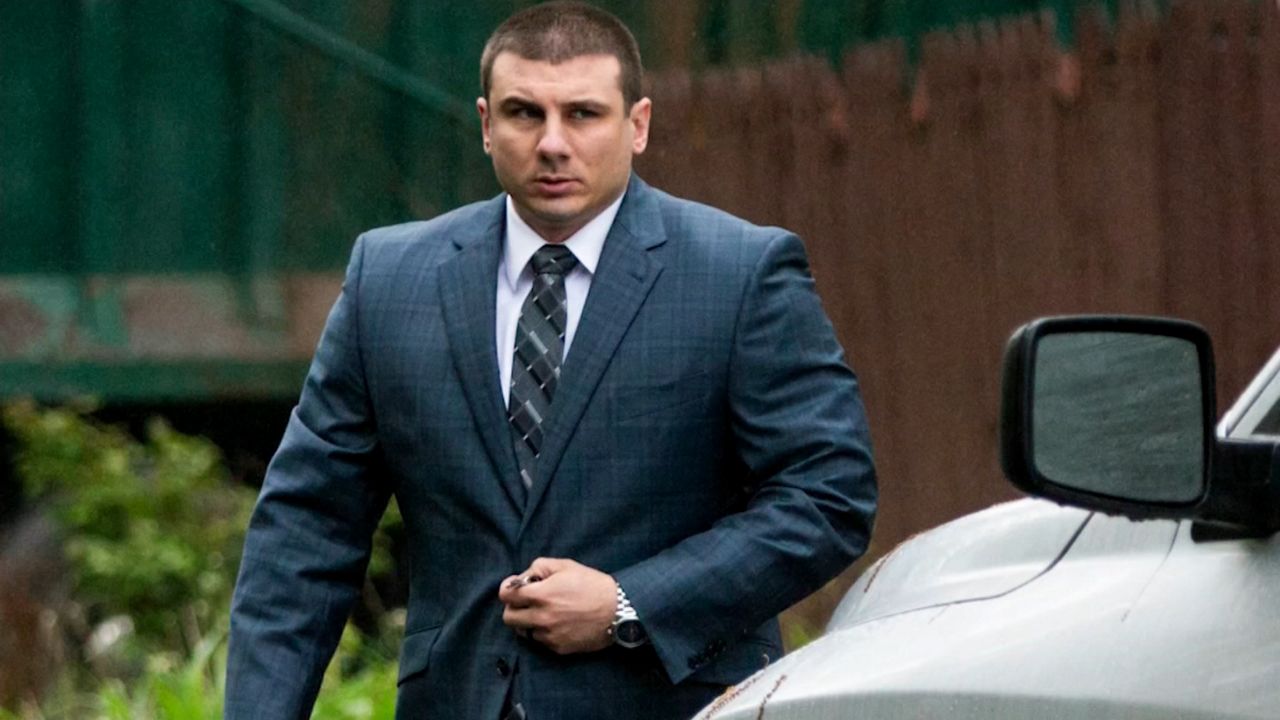 NEW YORK - No federal charges will be brought against the NYPD officer accused of killing Eric Garner.

The family of the Staten Island man had been pushing for charges before the statute of limitations expires on Wednesday.

They called on the Justice Department to prosecute officer Daniel Pantaleo, who they say used a banned chokehold on Garner in 2014.

"The evidence here does not support Officer Daniel Pantaleo or any other officer with a federal civil rights violation,'' said Richard Donoghue, the U.S. attorney for eastern New York. "Even if we could prove that Officer Pantaleo's hold of Mr. Garner constituted unreasonable force, we would still have to prove beyond a reasonable doubt that Officer Pantaleo acted willfully in violation of the law.''

A senior Justice Department official told The Associated Press that prosecutors watched video of the confrontation "countless'' times but weren't convinced Pantaleo acted willfully in the seconds after the chokehold was applied.

Donoghue said Pantaleo ended up having Garner in a chokehold for seven seconds, but that it did not represent a willful use of excessive force.

There were two sets of recommendations made. The Eastern District of New York recommended no charges, but Justice Department civil rights prosecutors in Washington recommended charging the officer. Attorney General William Barr made the ultimate decision, the official said.

The official said Barr watched the video himself and got several briefings. Garner's mother, Gwen Carr, and the Rev. Al Sharpton told reporters outside the Brooklyn federal courthouse they were outraged and heartbroken at the decision.

Sharpton and Carr called for Pantaleo's dismissal from the NYPD. He has been on desk duty without a gun since Garner's death.

Gwen Carr, Eric Garner's mother, calls on Mayor Bill de Blasio to fire the NYPD officers involved in Garner's death. "De Blasio, you and your administration, step up. Get those police officers off the force today. Today, I'm asking for them to be fired." pic.twitter.com/9nQ2ymE1HE

.@GwenCarrERIC tells reporters outside #Brooklyn federal court, "You can push back but we're pushing forward because this is not the end." #EricGarner pic.twitter.com/a6e9rLEIiQ

The medical examiner ruled Garner's death a homicide, but a grand jury declined to indict Pantaleo.

MOMENTS AGO: Daughter of #EricGarner reacts to reports of DOJ not bringing charges against NYPD officer in 2014 chokehold death. More: https://t.co/h0u1d70bGs pic.twitter.com/Pxrt3KinWf

In Pantaleo's departmental trial, the defense claimed health issues related to obesity led to Garner's death, not Pantaleo's actions. A ruling in that trial has not yet been handed down.

In a statement, the NYPD said, "The NYPD announced in July 2018 that the internal disciplinary case against Police Officer Daniel Pantaleo would proceed without further delay. Today’s announcement by the US Department of Justice does not affect this process. The Departmental disciplinary trial of Officer Pantaleo has concluded. Commissioner O’Neill is now awaiting the report and recommendation from the Deputy Commissioner of Trials, after which he will make the final determination on the matter. In order to ensure the integrity of the process, the NYPD will not comment further at this time."

Back on July 17, 2014, officers were attempting to arrest Garner on charges he sold loose, untaxed cigarettes outside a Staten Island convenience store. He refused to be handcuffed, and officers took him down.

Garner is heard on bystander video crying out "I can't breathe'' at least 11 times before he falls unconscious. He later died.

"I can't breathe'' became a rallying cry for police reform activists, coming amid a stretch of other deaths of black men at the hands of white officers. Garner was black; Pantaleo is white. Protests erupted around the country, and police reform became a national discussion.

A state grand jury had also refused to indict the officer on criminal charges.

In the years since Garner's death, the New York Police Department made a series of sweeping changes on how it relates to the communities it serves, ditching a policy of putting rookie cops in higher-crime precincts in favor of a neighborhood policing model that revolves around community officers tasked with getting to know New Yorkers.

Mayor Bill de Blasio, who is running for president in part on the notion he helped improve police-community relations, said in a statement that the city is not the same as it was five years ago.

"Reforms over the last five years have improved relations between our police and our communities,'' he said, adding crime was at record lows and 150,000 fewer people were arrested last year than the year before we came into office.

But some activists, including Garner's family and the relatives of others killed by police, have argued the changes weren't enough.

De Blasio also said it was a mistake to wait for federal prosecutors to finish investigating the death of Garner before beginning disciplinary proceedings. But there is no rule requiring the NYPD to do so.

Police Benevolent Association President Patrick J. Lynch said, "It is no coincidence that a Grand Jury in NYC and now DOJ, both of which had full access to all of the facts of this case, found no criminality in Police Officer Pantaleo’s actions.  In both cases, a careful review of the facts led investigators to the truth, although Mr. Garner’s death was an undeniable tragedy, Police Officer Pantaleo did not cause it.  Scapegoating a good and honorable officer, who was doing his job in the manner he was taught, will not heal the wounds this case has caused for our entire city. We firmly believe that if the NYPD decides the disciplinary case on the facts, free of improper political influence, that Police Officer Pantaleo, will be fully exonerated of any wrongdoing."