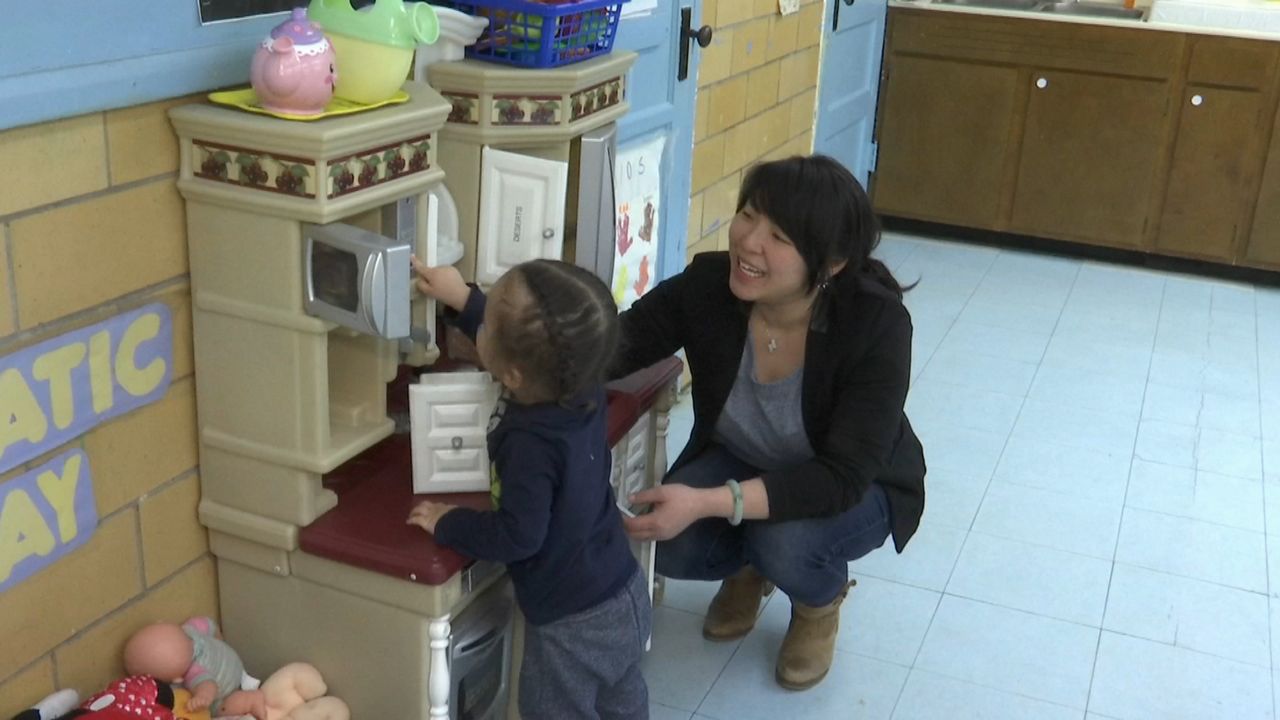 Salary equality once and for all, as long as you're in a union.

"All the folks who work in our early childhood centers, all the folks who make such a difference, everyone will benefit, and everyone deserves to benefit in this agreement," de Blasio said at the news conference announcing the terms of the raises.

The agreement between New York City, child care providers, and District Council 1707 gets to the heart of an issue that has become a stain on de Blasio's signature policy achievement, the city's universal pre-K program, which now serves more than 68,000 children across the five boroughs.

For years, operators argued the success of that program had been built on the backs of workers, many of them women of color, who did not make the same salary as their public school counterparts, making retention one of the biggest challenges.

Ivory McQueen is one of those teachers. She said many of her colleagues have left jobs to work in public schools due to the wage gap.

"You see a lot of teachers leave. They come in, you work with them, and the pay is just not there for them and they can't take care of their families," McQueen said. "So they end up going into public schools."

As part of this new agreement, the city will give raises to pre-k workers starting in October of this year. Teachers who have a Master's Degree will see their salaries go to $53,000 a year, and those with a Bachelor's Degree will be paid up to $48,000 per year. The rates will continue to increase every year until full salary equality is reached by 2021. "This is a big deal," said Elisa Velez, a head universal pre-K teacher. "I can see how it will impact our quality of life."

But not all early childhood providers are included. The agreement does not extend to nearly 12,000 educators, including head start workers as well as non-unionized teachers at charter schools and community-based organizations. City officials said they expect this deal to serve as a model for a future agreement.

Members of the union will still have to ratify this agreement. A final vote is expected in August.