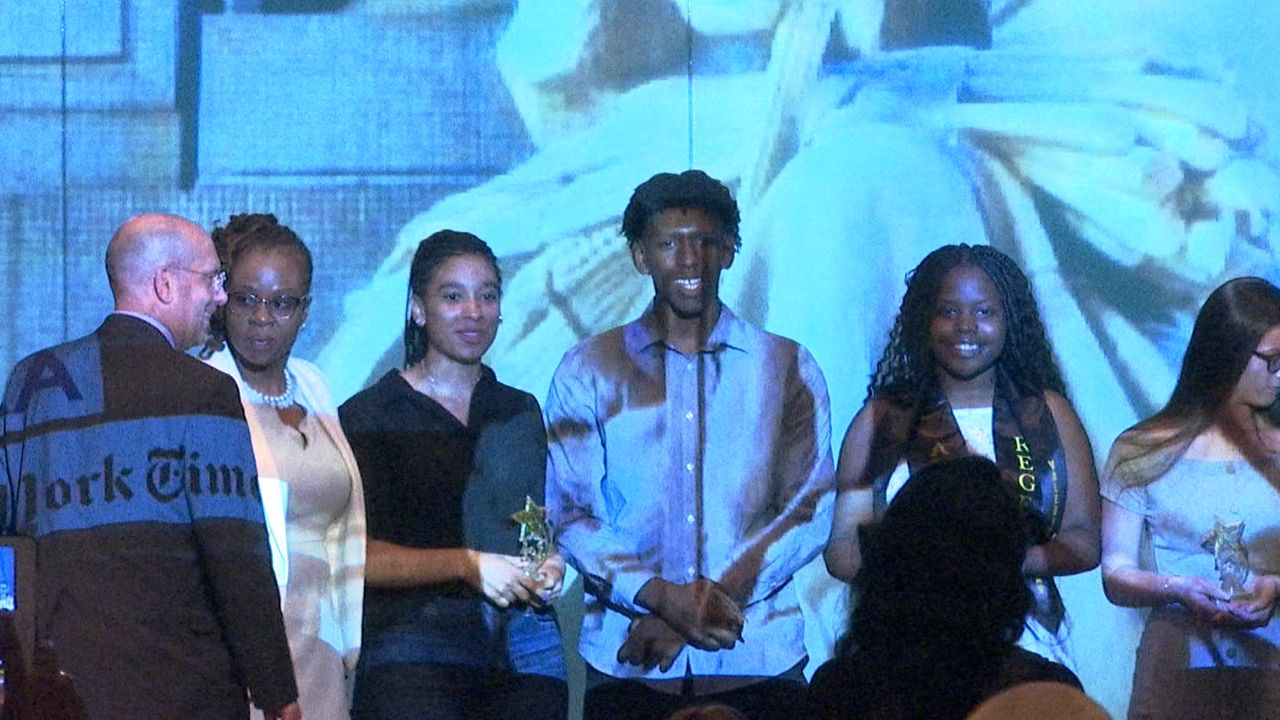 Adversity Aside, These College-Bound Grads Are Ready for The Next Chapter

"My family's economic downfall is what motivated me to get good grades,” she said.

Now, she's her high school's valedictorian — and one of eight students to receive a $2,000  Future Leaders Scholarship from the Department of Homeless Services.

Alexus aspires to be a pediatrician, and she'll study biology at Brooklyn College in the fall. She said her experience as a homeless youth is part of what will get her there.

"It makes you stronger it prepares you for unforeseen adversity. It makes you into the person you will become or aspire to become," Lawrence said.

Another scholarship went to Ronaldino Crosdale, who will attend Baruch College. He said he'd gotten a lot of help along the way — from football teammates and from a homeless services staffer named Ms. Butler.

"DHS employees aren't as bad as people may think they are. There are diamonds in the rough that do help you, and she helped me from day one,” he said.

In addition to the eight scholarship winners, the event honored more than 100 students who had experienced homelessness and are now college-bound.

All of them left with duffle bags packed full of college necessities donated through a public-private partnership, and laptops funded by the Department of Homeless Services.

"To see the light in the eyes of young people who we have been able to provide stability in the shelter system, now a helping hand to get to college, and just knowing what a difference they're going to make -- it's an inspiration to keep doing the work that we're doing,” Social Services Commissioner Steven Banks said.

For Ronaldino, the event was an opportunity to share a message of hope and love with other young people.

"Even though it may seem like you're down now, there is no down because that down is going to lead you higher up," Crosdale said.