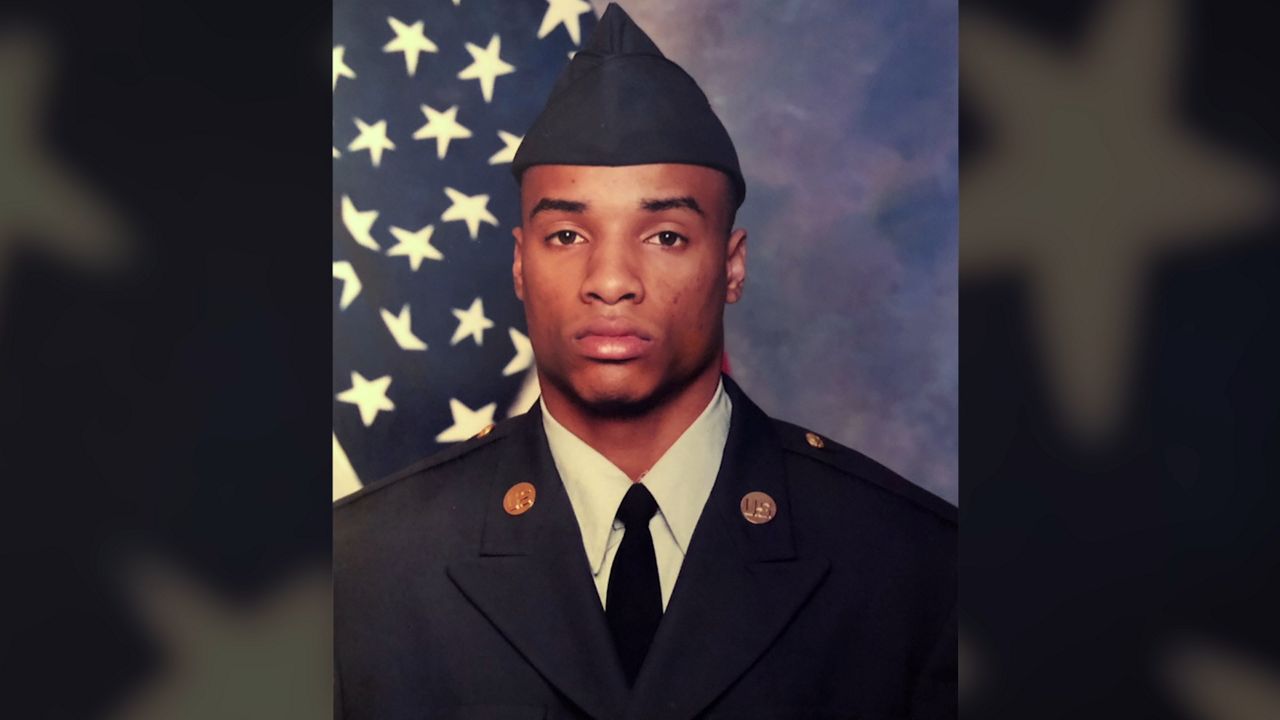 No Throat, No Heart, No Brain: No Answers for Queens Family After Vet Dies in PA Jail

Once a month, Rose and Dwayne Palmer face congregants at the Maranatha Baptist Church in Queens, updating them about the case of their son and brother, Everett Palmer, Jr., who died under mysterious circumstances in a Pennsylvania jail more than a year ago.

"We want answers. We want to understand what happened," Dwayne Palmer says.

Everett Palmer Jr. graduated from Martin Van Buren High School in Queens Village, served in the Army as a paratrooper and was the father of two boys. When he died, he was working as a personal trainer in Delaware.

"My son was not a troublemaker, not at all, he was a very gentle, kind man. So, it's nothing that he did in that prison that would warrant his death. He even looked maybe intimidating to some people, but he wasn't, he was the sweetest young man," Rose Palmer says.

Palmer went to Pennsylvania on April 7, 2018 to resolve an outstanding warrant for a DUI charge. Two days later, his family received a shocking phone call: They were told Palmer had been arrested and later died in the York County Jail.

"My son was a perfectly healthy young man and my son is not going to bang his head on a cell," Rose Palmer says.

The coroner eventually updated the cause of death as "complications following an excited state, associated with methamphetamine toxicity, during physical restraint."

The family hired a pathologist, who determined Palmer's death should be labeled a homicide.

Also troubling: When the family received Palmer's body after the coroner's autopsy, it was badly bruised, and his brain, heart, and throat were missing.

"When we reached out to find out what happened to his organs, they initially lied. They directed us back to our funeral director and told us that we need to confer with them because they probably took the organs," Dwayne Palmer says.

A family attorney says brains and hearts are sometimes removed for autopsies, but not a throat.

"Makes no sense, unless you're trying to maybe avoid people knowing how he died; which was maybe by asphyxiation," says the attorney, Marlon Kirton of Manhattan.

The family says it is also confused about the coroner's finding of "methamphetamine toxicity." They say that would have meant Palmer took the drug while he was in jail.

The York County coroner and district attorney declined to comment to NY1 about the family's questions or the case, saying state and local investigations are ongoing.

The family is trying to avoid an adversarial relationship with Pennsylvania authorities while also keeping the case in the spotlight. They’ve created a Facebook page and a “Justice4Everett” hashtag. They’re also hosting church events.

"We want to work with them to find out what happened,” Dwayne Palmer says.

The Palmers have filed a notice of claim with several Pennsylvania agencies, preserving their right to sue, according to one of their Pennsylvania-based lawyers, John Coyle of the firm McEldrew Young.

"At this time we are respecting the criminal investigative process in hopes that the Palmer family’s questions will be answered and those accountable will be brought to justice. That said, given the extended amount of time that has passed, the Palmer family grows increasingly eager to find answers.  We remain prepared to pursue this matter through all available legal channels," Coyle and attorney Daniel Purtell said in a prepared statement to NY1.

"You read about these stories every day, and you always think to yourself, ‘Wow, that's a shame. I'm sad for that family — that's too bad,’ and now we are that family,” says April Palmer, Everett's sister.

A family still waiting for answers, more than a year after Everett Palmer Jr.’s sudden death.

"From the beginning of this investigation, appropriate chain of custody was maintained of the remains of Everett Palmer, Jr. … At no time were the remains "missing"; at no time did we direct the family to the funeral home for "missing" organs, and we did advise the family through their attorney at the time that the organs referenced, the heart, brain and throat, had been retained by FPA (Forensic Pathology Associates) for further investigation.

Forensic Pathology Associates (FPA) of Allentown, PA is currently in possession of the heart, brain and throat in accordance with the National Association of Medical Examiners (NAME) guidelines for Deaths in Custody during an ongoing investigation.

The coroner's office, FPA and Mr. Palmer's immediate family have been in regular discussions since shortly after Everett Palmer Jr.'s death, either personally and/or through the family's private legal counsel at the time, and arrangements were made with the family's private forensic pathologist to go to FPA and visualize and examine the organs for himself. That examination was conducted after FPA's final autopsy findings were released to the family."