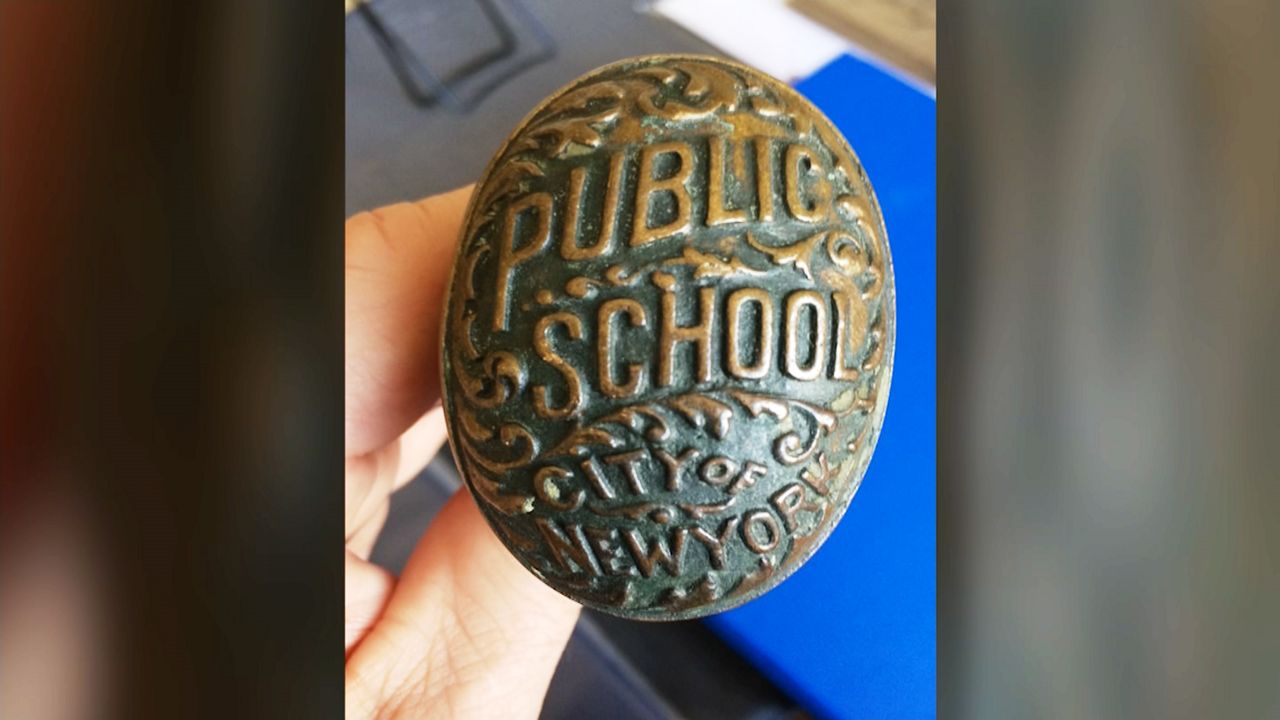 NEW YORK - Marty Raskin was a teacher in the New York City school system for 32 years. But his affiliation with the public schools started when he was a student at PS 202 in East New York.

"School was very important to me, it's my whole life," Raskin recalled.

And that shows at Raskin's apartment where there are hundreds and hundreds of items of New York City public school memorabilia, which he has been collecting for years.

There's a principal's bell from 1910, a principal's office bench from the 1930s (you were probably in trouble if you were sitting there), gym uniforms, an eraser cleaner, pins, photos, educational tools and of course, those famous door knobs that any public school kid will remember. "In the last few years I said this is my calling, I amassed probably a one of a kind collection," Raskin said.

Including a desk from his old elementary school, complete with an ink well and a teachers desk, both from the mid-1920s. Raskin says his ultimate goal is to find a permanent home for the collection where folks can share their school memories. And he is willing to donate all of it if that can happen.

"It's massive. It cost lots of money. And it's been a labor of love," Raskin said.

Raskin has been doing exhibitions with some of the items at United Federation of Teachers Conferences and the UFT will featuring them at a space at their offices in Lower Manhattan.

But he foresees a scenario where they can all be displayed at once and perhaps bring some emotional responses for one time public school students. "There was a 90 year old man who I became friendly with in gym. He came up to the apartment and I had displayed everything. tears came to his eyes, he said my god, all of these memories," Raskin said.

And while Raskin could probably make a few bucks selling his collection, that's not on his agenda.

"Hopefully, someday, I'm 78, someday soon we can find a home for this, the Museum of Education," he added.

If you know of a space that may be perfect for Marty Raskin's collection or you want to add to it with some of your public school memories you can contact him at memorabuti@gmail.com.