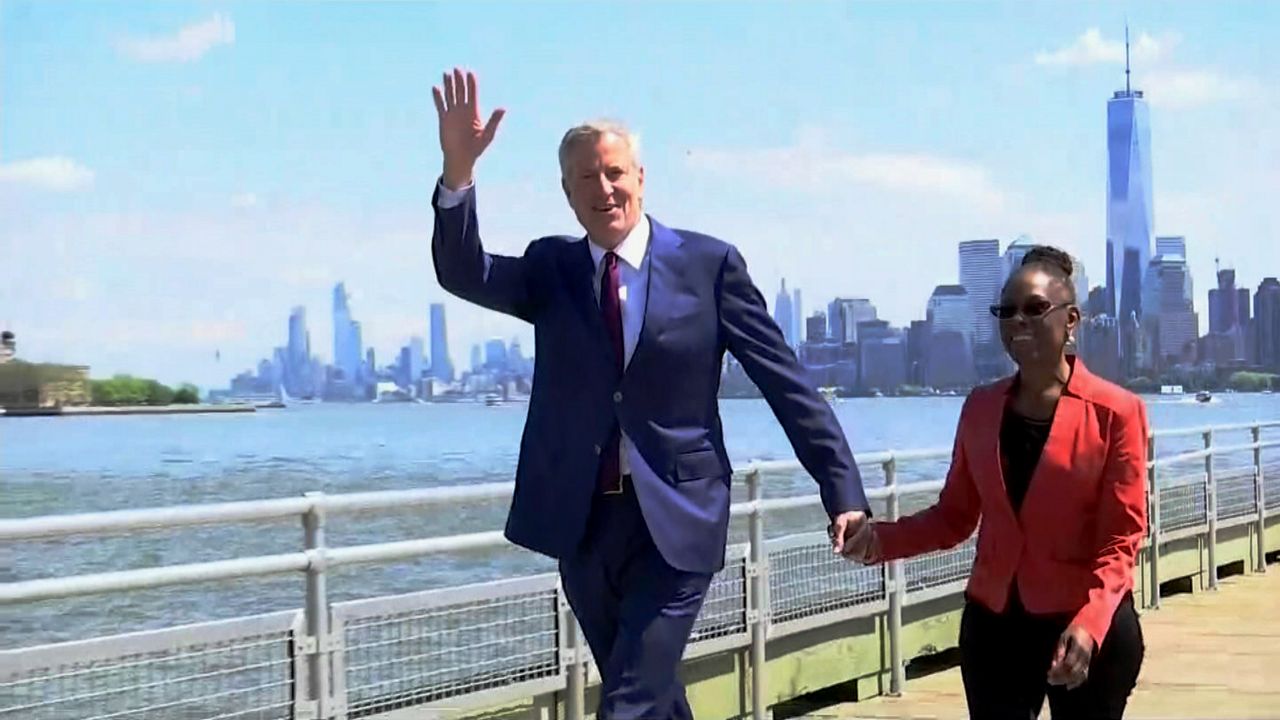 NEW YORK - It’s been less than a day since the mayor announced his run for the White House, but members of the City Council are already concerned they’ll have an absentee mayor as they enter one of their busiest times of the year.

“There are pressing priorities in the city of New York that we expect our mayor and this administration to continue to focus on — like the $94 billion dollar budget, we are in the middle of executive budget hearings and there is a lot on the table,” Council member Vanessa Gibson told NY1.

Mayor de Blasio has been a lame duck since the day after he was elected to a second term and there are plenty of politicians who will seek to fill the vacuum created by his absence as he hits the campaign trail in the coming weeks. Even if they won’t admit it just yet.

Council Speaker Corey Johnson would not directly comment on de Blasio's White House bid and he dismissed suggestions that his speech on Thursday was aimed at a future mayoral run.

“No, no I’ve been very clear that I started fundraising to leave open that possibility for 2021.. I think it’s important for someone in my position to weigh in and that’s what today was about,” Johnson said.

Johnson was on the West Side of Manhattan on Thursday, just hours after de Blasio’s announcement making a big speech of his own.

“Today we’re going to talk about how our criminal justice system should work in the 21st century and i'm going to propose some concrete steps on how to get there,” Johnson said.

Among several proposals, Johnson wants to create a program to house the mentally ill instead of sending them to jail. He also wants the council the fund a new initiative to redirect certain felony cases for alternatives to incarceration.

State Attorney General Letitia James — once considered a possible successor to de Blasio cautioned the mayor as he embarks on his run.

"Serving as mayor of the City of New York is the second toughest job in our nation and New Yorkers require a mayor who is laser focused on the issues affecting our city. I think it’s an issue that he should think about while he’s in Ohio," James said.

Many of the speaker’s proposals will require legislation and increased funding in the city’s budget which is due at the end of June.