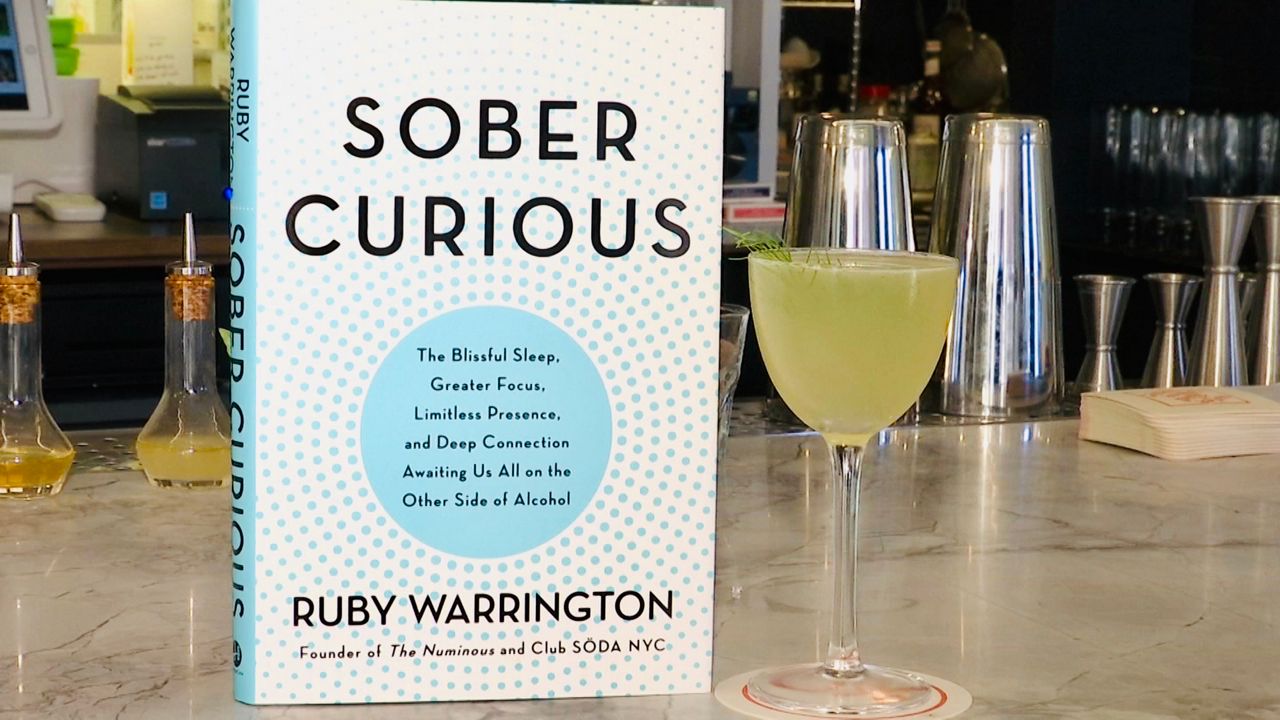 The vibe at Listen Bar is typical of the city's bar scene. The lighting is mellow, the music is moving, and the drinks are flowing.

But all is not as it seems, the bartenders here serve shots and cocktails that don't have alcohol. The menu is also concocted to adhere to popular diets, such as Whole 30 and Paleo.

"It kind of proves you don’t have to always drink alcohol just to, like, have fun," said one guest.

"It’s definitely a void that needed to be filled," said another. Listen Bar is a monthly pop-up serving zero-booze, meaning there is zero-pressure to drink. Instead, complex drinks and guest musicians who curate playlists for the crowd serve as the social lubricant, not alcohol.

The owner, Lorelei Bandrovschi, said she came up with the concept after she took up a dare to give up the bottle for a month.

"I went into it thinking that I wasn’t going to like it," she said, "and it turned out that I had been having sort of a blind spot to something that I ultimately really, really enjoyed."

She isn't alone either. While the Listen Bar operates once a month, and just reached its crowd-funding goal to open its own location, Getaway Brooklyn is believed to be the first completely zero-proof bar in the city. It opened a month ago.

Co-owner, Sam Thonis, said his inspiration came from wanting a place to unwind with his brother, who chose sobriety a few years ago. "If felt to me this was something that was missing—a place where you can go out, be social and not be centered around alcohol," Thonis said.

The bars are among a crop of watering holes in the country that are operating sans-liquor. They're catering to New Yorkers who have given up alcohol for good, or people who just want to give it up for a night. Having said that, with drinks like the one below, one night might just turn into a non-alcohol habit pretty quickly. Studies show Americans are choosing to drink less and are looking for alternatives. Sales of non-alcoholic beer have been booming, and an entire industry of non-alcoholic spirits has developed over the past few years.

"I think it’s more than a trend. I do think it’s an overall shift in consciousness around drinking," said Ruby Warrington, the author of Sober Curious.

The idea of being sober curious is a wellness trend that's starting to take hold for many people questioning their relationship with alcohol.

"Drinking is very linked to feelings of anxiety, feelings of being overwhelmed, feelings of stress and pressure and the substance I was using to relax and unwind was actually having a really negative affect on my own overall well-being. So that’s when I begin to get sober curious," Warrington said.

Being "Sober Curious," she said, is a way to explore how alcohol affects your daily life without the judgments some people attach to declarations of sobriety.

She said with spaces like Listen Bar and Getaway, New Yorkers can explore the other side of alcohol by having a fun night out, without the pressures of drinking alcohol.